Are you a kid at heart who feels like there's nothing better than snuggling up with your kids and watching a new animation? Then you'll be glad to know there's a new animation from Lionsgate: Alpha & Omega 2: a Howl-iday Adventure. 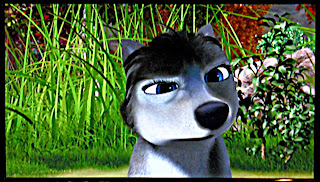 This film is 45 minutes long, which is great for the younger audience whose attention span is quite short.


ALPHA & OMEGA 2: A HOWL-IDAY ADVENTURE
Kate and Humphrey and their three wolf cubs (Smokey, Claudette and Runt) are happily preparing to celebrate their first Christmas together when their smallest cub, Runt, mysteriously disappears. They must now go on a journey across the wilderness to find and bring back Runt before the winter festivities begin at home. It’s their greatest adventure yet, filled with action and suspense as well as plenty of the humour and heart-warming moments that all the family will enjoy. 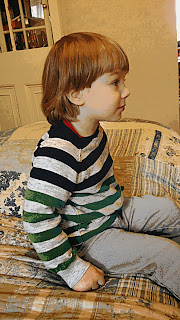 The characters are very cute. The smallest cub is absolutely adorable. 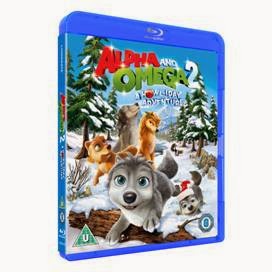 Yes, the plot is quite predictable, and the dialogue is a bit banal, so it wouldn't be winning any Oscars any time soon, but the younger audience might be more forgiving. I haven't seen the original, so cannot make comparisons.

My little man enjoyed the film, and as he is the target audience and not me, I believe it would find its fans among the preschoolers and primary school children.
And who knows, if I watched it on a Christmas day after a tipple or two, I might have been less critical.

Alpha & Omega is also available as a double pack. Both DVDs would make a nice little Christmas stocking filler.


ALPHA & OMEGA DOUBLE PACK
Both chapters of the fun filled animated adventure are released in one set. In the first part of this new double pack two young wolves at opposite ends of their pack’s social order are thrown together into a foreign land and need each other to return home, but their unexpected romance complicates everything. In the second part of the adventure the couple must travel across the wilderness in order to bring home their youngest cub in time for Christmas.

ALPHA AND OMEGA 2: A HOWL-IDAY ADVENTURE & ALPHA AND OMEGA: DOUBLE PACK ARE RELEASED ON BLU-RAY AND DVD ON 4thNOVEMBER 2013
Posted by Galina Varese at 15:40:00