Light the night with the Snowman and the Snowdog

Last Christmas Eddie and I fell in love with The Snowman and the snowdog. We had it recorded on Freeview and for a couple of months after Christmas, my little man watched it every day. At some point we had a disaster when the film has vanished from the Freeview box. I have been waiting for the release of the DVD with impatience, and finally it is here. It premiered on Channel 4 on the 30th anniversary of the original film. 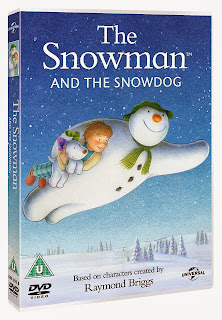 Christmas is just 42 days away, and though I haven't started the gifts-hunting properly yet, I began looking for bargains and gift ideas. Imagine my delight when a whole plethora of The Snowman and the snowdog-inspired gifts appeared in many shops and supermarkets, from Thorntons and House of Fraser to WHSmith and Sainsbury's.

Apart from the DVD, which I plan to give to Eddie for Christmas, I have bought (and still plan to buy) a few other gifts from the range.

It was inevitable with the chocoholic mother, that my two boys will inherit my love of chocolate. And what could be more exciting than a proper Advent chocolate calendar. I've got this tempting Thorntons advent calendar (£2.99 at Waitrose)... 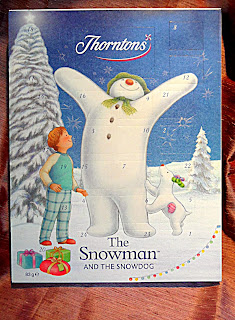 ...but also have my eye on a bigger version from Thorntons, The Snowman and the snowdog advent calendar (£5.99+ free icing), you can make it personal by having your child's name written on a scrummy chocolate plaque. Yummy! 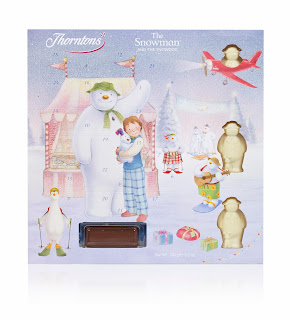 Then there is this gorgeous looking Snowdog, with the sock-ears. Seems almost a shame to eat it.


I loved the story, found it very moving and emotional. I know some people didn't like it as much as the original Snowman story, but I think the new version is a worthy sequel (and I'm often the one who hates sequels).
When the Snowman takes Billy and the dog on a flight over the frozen landscapes, it makes me think that's what the souls see when they depart the land of the living. You watch the rolling images below in a detached way, and the music of the stars and the wind takes you higher and higher (love the soundtrack too).

I thought it was clever that the film moves on with the times, and you can see the modern landmarks. The plot itself reflects our times as well, with Billy having no father figure in his life, and the house where the original flying boy lived is no longer bordering on the fields but is set amongst the rather crowded neighbourhood as the town has expanded. 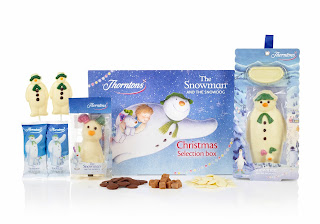 There are soft toys too in the range, and your little ones will treasure a cuddly Snowman which is available in Thorntons (couldn't find the link online but took the photo below in the local branch of Thorntons) and House of Fraser. The snowman at House of Fraser comes as The Snowman Collector edition, presented in an illustrated box (£24.99). Simply beautiful! 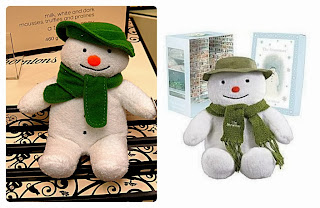 And who can resist this adorable snowdog with mismatched socks for ears and a satsuma for a nose? You can even get it as a gift set with a chocolate Snowman in Thorntons (though you can buy it separately as well). A wonderful Christmas stocking filler, and one to cherish for a long time. I  remember the days, when my older son was a tot, we had several soft puppies that went with us everywhere, including on trips to Russia and Italy.
I have also discovered that Build A Bear has a Snowdog kit, so that you can sew your own dog, isn't that very quaint and lovely?! 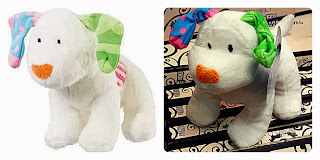 Light the night with the Snowman and the Snowdog,and eat some chocolate on the way...

P.S. I am going to do a series of posts on Christmas gifts. Hope you will find them helpful. I am certainly enjoying myself, browsing online and looking for ideas in the shops.

After I have done this post, I found on Madhouse Family Reviews blog that there is also a fantastic Snowman puzzle - read her Ravensburger The Snowman puzzle review. Something else to add to a Wish list of any Snowman/snowdog's fan.


Disclosure: nothing to disclose, I haven't been paid or offered any goodies for reviewing. With some bloggers being ever so vigilant on the disclosure issue, I feel like I need to justify anything I say by adding this.
Posted by Galina Varese at 15:58:00