The fragmented world of Sasha

When you are non verbal, some people automatically presume you're not clever enough. Perhaps understandable if you have no knowledge of children with special needs. Hardly pardonable in case of the specialists who work with children who have special needs, they should really know better.

It always irks me when we have meetings with the specialists, who insist on bringing Sasha along, while we discuss his condition and challenging behaviour. How would it make you feel, if you had to llisten how the other people discussed you and you were unable to defend yourself or explain why you did what you did. Frustrated? Angry? Upset?

They talk over Sasha's head, as if he doesn't understand anything. I know my child, he does understand, but will they believe that he is intelligent?

Sasha who was a chatty social little boy lost all his speech, when the autism started to take over. He cannot say a word now except a long litany of mum-mum-mum.

I can guess what he wants, I know his likes and dislikes, but I would have paid millions to find out what he thinks, what worries him, what it is to be him.

When we bought an ipad last year, I showed Sasha how to take photos with the ipad camera. Showed and forgot all about it, then one day I had a look at the photo folders and was amazed to find out that Sasha has been busy taking hundreds of photos.
They are mostly of the everyday objects, as if he is taking comfort in the familiar world of the solid objects. Here is the table, the bed, the ceiling with the old beams, the bookshelf, the old rug. 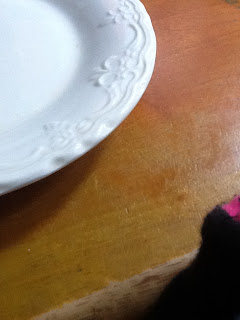 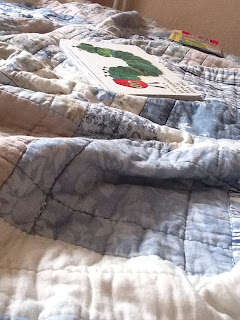 There are also images of his family. And self-portraits.

I was in awe, when I saw these images, they allowed me to have a glimpse of my son's inner world. He clearly sees the world as de-fragmented. It is not the whole table, it is the corner of the table, with a rim of the glass. He seems obsessed with the same image, and takes photos from the same angle, producing dozens and dozens of the similar images. It is as if he reassures himself in their familiarity or recognizability.

Sasha doesn't seem to be interested in nature, you won't find the photos of the garden, for example. Perhaps, in his opinion, you cannot "rely" on the nature, it is always changing, always different, never the same, which could be scary.

Self-portraits are often fragmented as well, he sees himself not as a whole. He could take lots of photos of his own foot or his arm, or his own face, abruptly cut by the frame and in technicolour. 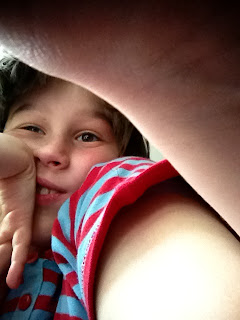 For some reason the photo above reminded me of the self-portrait by young Parmigianino where he looks at himself in the convex mirror, with his hand enlarged and distorted by the glass. I am not trying to imply that my son has the same artistic genius as Parmigianino, just making a comparison. 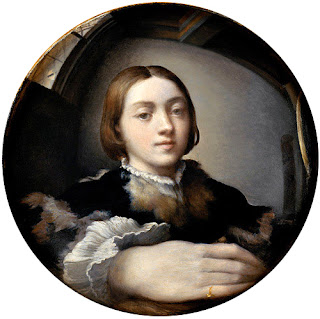 Interesting that he sees his younger brother in the same way. There are many photos of Eddie, but again the portraits are just fragments, as if he studies his sibling's face, here is his cheek, the top of his head, a chubby hand. Except perhaps this one, where you can see Eddie looking at the book. 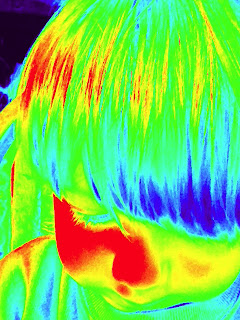 I even discovered a photo of myself, looking quite tired. I was completely unaware that this photo was taken. What I found interesting, that my image wasn't defragmented.. Does it mean he sees me as a whole being? Do I read too much into it? Do I misinterpret his photos? 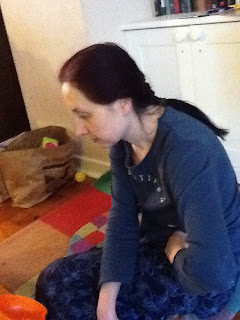 For me this glimpse into my son's inner universe was a journey of discovery. I was touched and happy at the same time.

Sasha often watches his DVDs or videos on his ipad by covering half of the screen with a thin book, so the screen is partially covered. At times he leaves only a corner, like saying "I don't want to let this whole world inside me, I believe in the importance of the details that our world is built of".

That also shows he can appreciate the beauty of the simple objects.


I thank you, Sasha, for letting me inside your silent world of beauty, order and chaos.

If you found my story interesting or inspiring, if you'd like to share your own story and tell us about the hidden or not so hidden talents of your children with special needs, please add your linky.
I promise to read all entries and leave comments. Thank you!