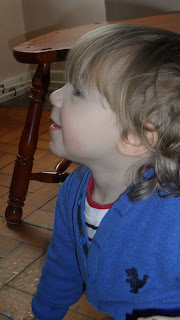 You don't have to be a young child to appreciate the magic world of Ben and Holly's Little Kingdom. What I love about it is that it is not catering to the tastes of girls only, like many other fairy stories do, with their uber-cute girlie characters and sweet plots that set your teeth on edge. Little Kingdom is quirky, fun, amusing, slightly ironic and has oodles of appeal for both girls and boys. Ben and Holly are created by people behind the phenomenon that is world known as cheeky Peppa Pig.

Eddie is a big fan of Peppa Pig, and we also enjoy watching Ben and Holly together (mostly Eddie watching and pointing to the screen, me sitting next to him with a laptop and commenting "Isn't it fun?"). But at times I move my laptop to the side and watch and giggle with Eddie, especially when Nanny Plum makes her entrance. 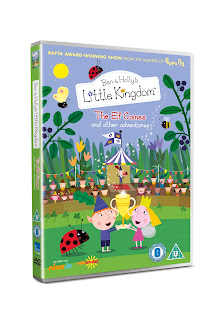 We were sent a preview copy of a new Ben and Holly's Little Kingdom: Elf Games DVD (retailed at £8.99).

The new Elf Games DVD is out on 14 May 2012.
It has ten episodes:
1. Elf Games
2. Cows
3. The Toy Robot
4. Dinner Party
5. Big bad Barry
6. King Thistle's Birthday
7. The Wand Factory
8. Daisy and Poppy's Pet
9. The Elf Rocket
10.Picnic on the Moon
The Elf Games is quite topical, with the approaching Olympics, and sends a right message: "You can't magic the trophy, you have to win it", says little wise Ben. Both Ben and Holly are keen to take part in the Elf Games, but while Ben is training and working hard, Holly is disappointed that magic is a No-No when it comes to the Elf Games. 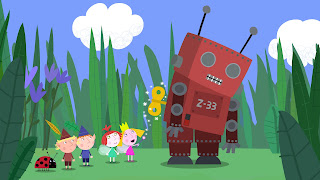 If you've seen Ben and Holly before, you know what to expect: bright colours, stylised animation, lots of jokes and entertaining stories. As always, Holly wants to make the world more exciting by using her magic wand, while a pragmatic little elf Ben wants to fix all problems by using his elf skills. 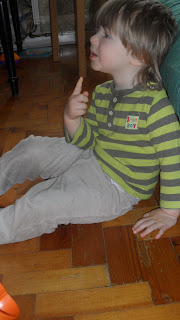 We have already seen some of the episodes, and I don't know how many new episodes are on the newly released DVD.
We love Picnic on the Moon. Nanny Plum is up to mischief again with her magic basket, and turns the sea of Tranquility into the sea of Jelly to the delight of the aliens.

We have enjoyed watching the new DVD and suggest you sprinkle some fairy dust in your home too. 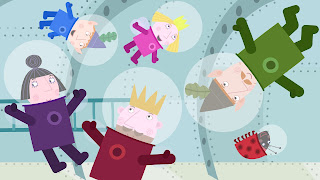