If you are a Disney's Club Penguin fan, I'm sure you were awaiting the launch of a new sticker collection from Club Penguin with impatience. Finally it is here. 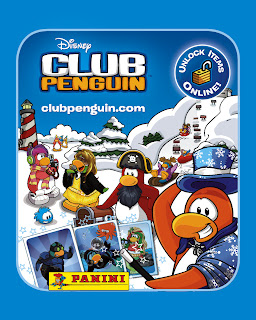 
The collection of 204 stickers, including 36 specially designed glitter stickers, is produced by Panini UK. Sticker packs, containing five stickers, will hit the high-street on Tuesday 15 May priced at 50p each. Collectors will also be able to pick up a starter pack - including a Club Penguin sticker album and 3 sticker packs - for £1.99. 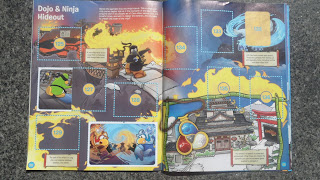 Be careful not to throw away the backing of the sticker once you peel it off, one of the stickers in the pack has a code for Penguin Club. I am not sure if it is one per pack or one per sticker. The information in the album says "a special code on every sticker", however, I opened one pack and found only one code. The free stickers that came with the album had no codes at all. 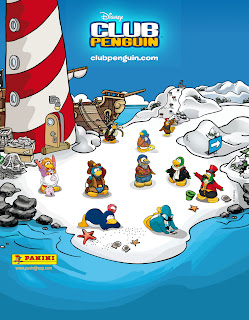 Lucy Woodward, Director of Disney Online Studios for The Walt Disney Company, Europe, Middle East and Africa says: “We are delighted to add another creative and colourful product to the Club Penguin entertainment portfolio. We are always looking for new ideas and engaging ways for kids to interact and play. The sticker collection is a really great way for kids to collect all their favouriate Club Penguin characters as well as being able to get something extra that they can then use in the virtual world.“ 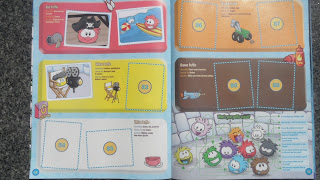 
Launched in October 2005, Club Penguin has seen more than 175 million registered users pass through the site. With its imaginative play environment, word filtering technology and live moderation, award-winning Club Penguin has built a solid reputation as a safe and secure online destination that provides fun for kids and peace of mind for parents. 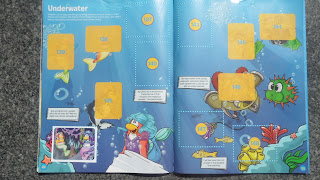 So, what exciting pages are there to be found in the new sticker album? There are lots of your favourite characters, penguins and puffles, having adventures on board the Migrator or Underwater, relaxing in the Community Garden or showing off their favourite outfits.
The sticker album is produced by Panini and is exactly what you would expect from any themed sticker album with an added bonus of the special codes. What will you do? Unlock coins online? Or even get access to the Treasure Island?
Happy stickering!
Posted by Galina Varese at 14:26:00