Yotam Ottolenghi wrote in the latest issue of Feast: "There's a fuzzy period between Christmas and New Year when no one quite remembers what the date or plan is". That in a way describes all the winter school break for me, I'm not quite following the days or dates.
It's back to school tomorrow for us.
And amen to that, it was a rather stressful long holiday period, and so many things were put on hold.
Happy new year to you all, and a happy new decade!

This post is a mix of the last few days of 2019 and the beginning of 2020. On the last Sunday of 2019 I was trying to finish my Top reads of 2019 post, and taking some images of the books I've read in the last year, like A Pinch of Magic by Michelle Harrison.
It's a wonderful magic adventure for children, with feisty heroines. 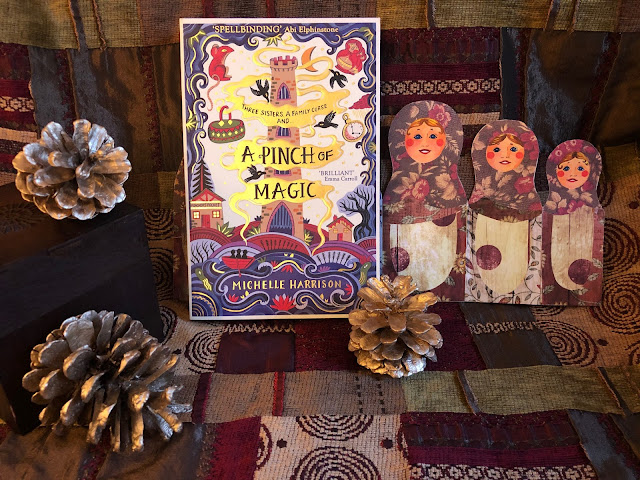 In between shopping trips, I took Eddie to Greggs. All sausage rolls were finished, so he has chosen a slice of pepperoni pizza instead. To me it's not a proper pizza. I like the Italian-style crust, thin and crispy, this slab looks more like an open pie than pizza. 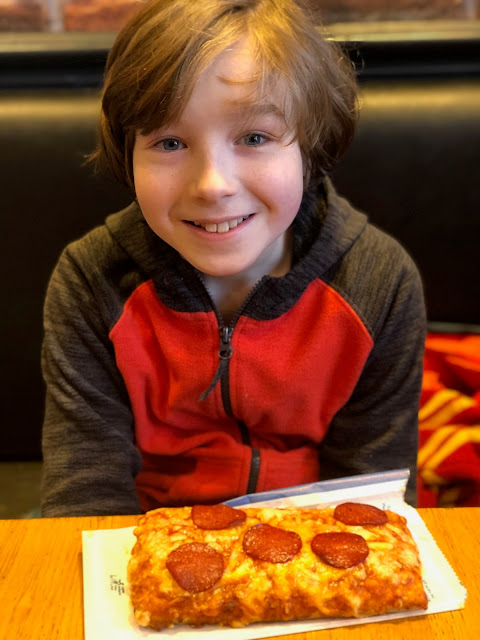 The 31st passed in a blur of cooking and TV. We watched Billy Elliot with Eddie. I didn't realise there was so much effing in the film. It is a good film, though the language made me wince quite a few times.
Eddie told me that Tom Holland, who is his hero, was in a Billy Elliot musical production when he was a child. I wonder if he'd like to see the musical in the theatre.

I didn't take any photos on the 31st as such, though I did try to catch the fireworks just a minute past midnight. We could see some feeble attempts at fireworks over the garden wall, but it was more noisy than spectacular. 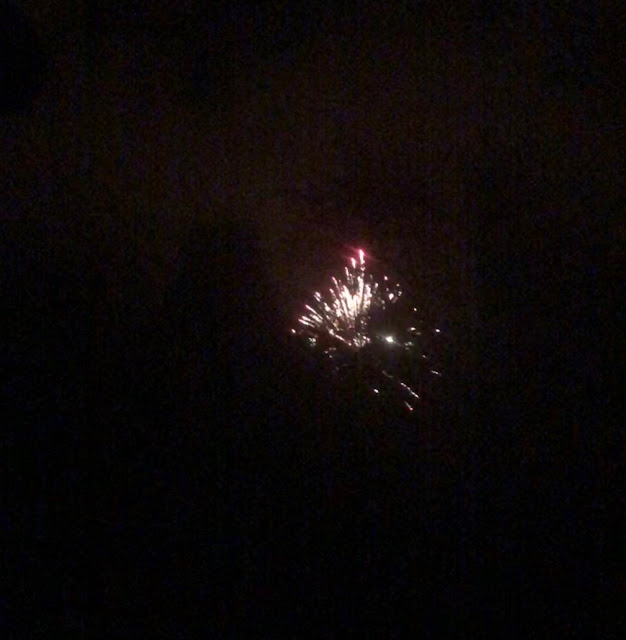 On the 1st of January Eddie and I went to the cinema to see Spies in Disguise. It was actually quite entertaining, if you don't expect anything too clever. Eddie had to see it, because Tom Holland is voicing one of the main characters. 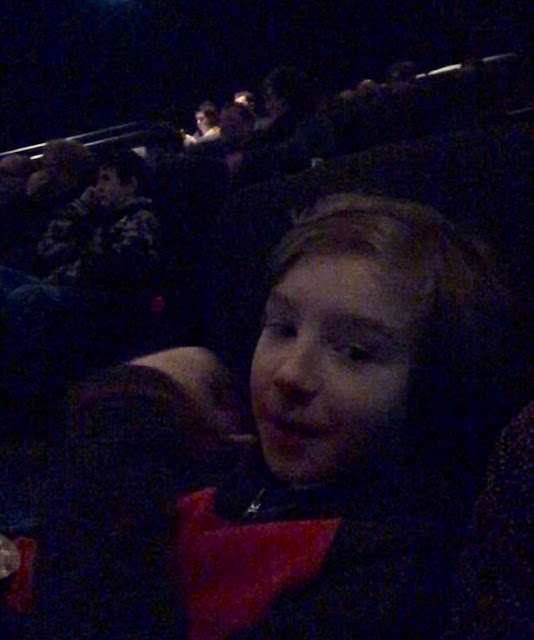 I asked Eddie to take a photo of me, as I wanted to do the "ten year challenge". Yep, I know, I'm jumping on the bandwagon unashamedly. Eddie wanted me to make a double photo for him as well, but I told him he wasn't born yet a decade ago, so I couldn't possibly help him. 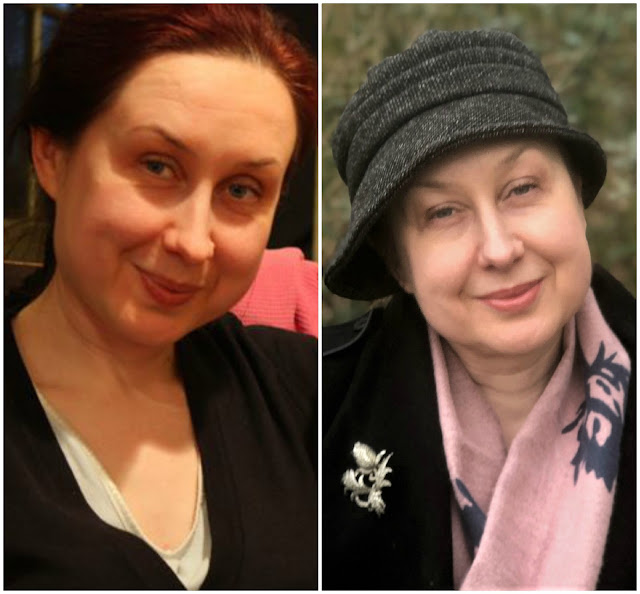 It's only week 1, and I've already failed to take photos every day. I'm just feeling so listless and tired, and lacking in motivation.
I walked around the garden yesterday afternoon, looking for some inspiration, maybe a flower.
I know a year ago we already had hellebores in bloom in the early days of Jnauary but this year there are only leaves on view.
The only colour in the garden is the bright red of rosehips. 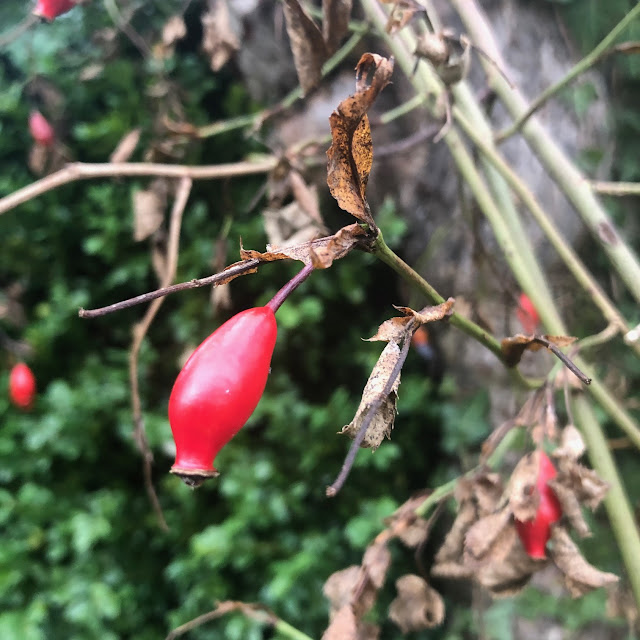 I am trying to grow a red hyacinth in a jar on the kitchen window sill, without soil, but with pebbles and some seashells. The roots go down and sideways in a slightly creepy way. And the bulb shifted itself, so it's now slightly lop-sided. 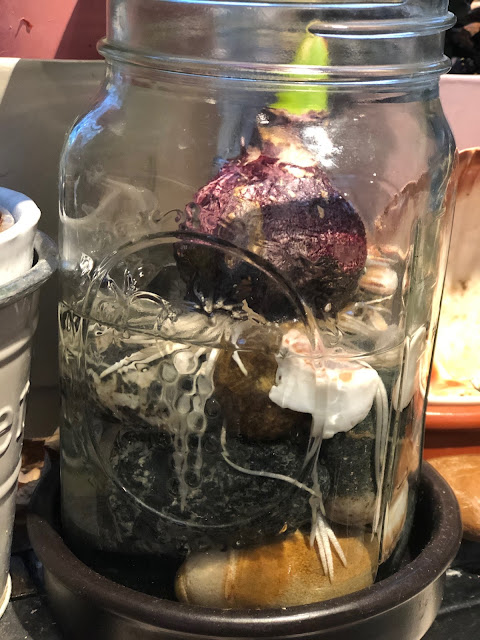 You are invited to the Inlinkz link party!
Click here to enter
Posted by Galina Varese at 15:41:00