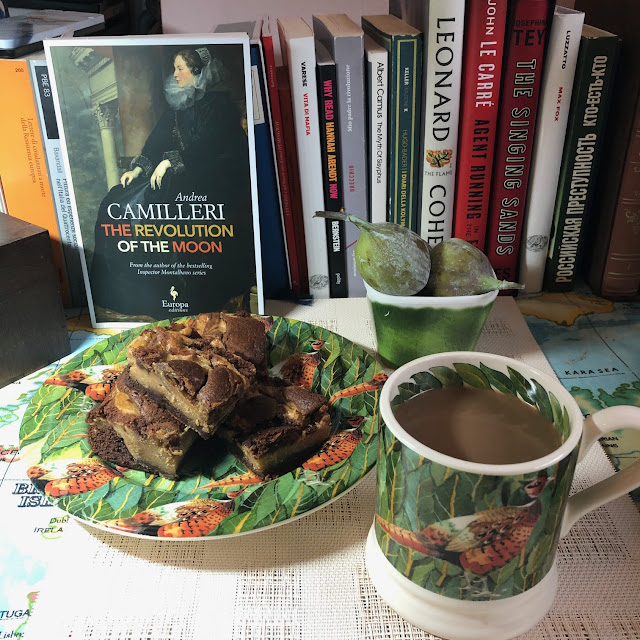 Peanut butter and chocolate is a classic combination, and there are plenty of recipes online which look tempting. Years ago, in 2011 to be precise, Hugh Fearnley-Whittingstall wrote an article with Brownie recipes for The Guardian.
I cooked the peanut butter and chocolate brownies only once, they were pretty good, and it was time to revisit the recipe. I don't have the magazine cutting any longer, but the Internet is a wondrous thing, you can find anything you want.
I have adapted Hugh's recipe by cutting down the amount of sugar and also almost halving the cream cheese. I used one pack of Original Philadelphia, and it was plenty. Mixed with peanut butter, it gave a lovely fudgy taste and consistency of a cheesecake. Not sure more cream cheese would necessarily be a bonus, but do check out Hugh's recipe (link above).

Melt broken chocolate and diced butter in a heatproof bowl over a pan of simmering water until smooth and glossy. Set aside to cool.

Beat the eggs with the sugar and vanilla. Sift in the flour and baking powder, add a pinch of salt and cinnamon. Add the chocolate butter mix to the batter, and combine well.

In a separate medium sized bowl prepare a peanut butter layer by beating together cream cheese with peanut butter and sugar. Add the eggs, vanilla, flour and cornflour and mix well until well blended. You can skip the cornflour, and add an extra tbsp of flour instead.

You will now have two dough types. 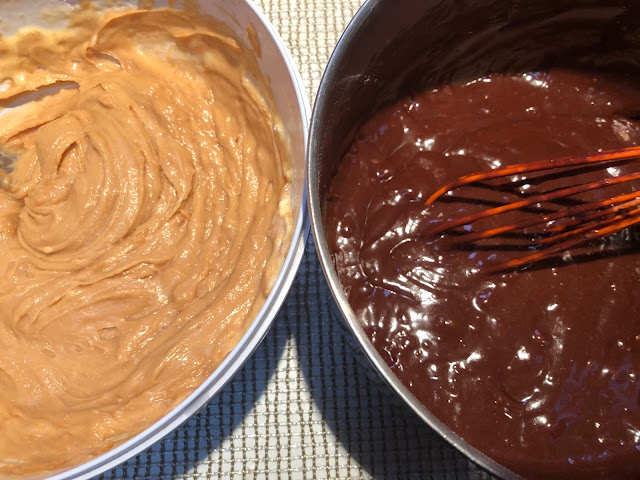 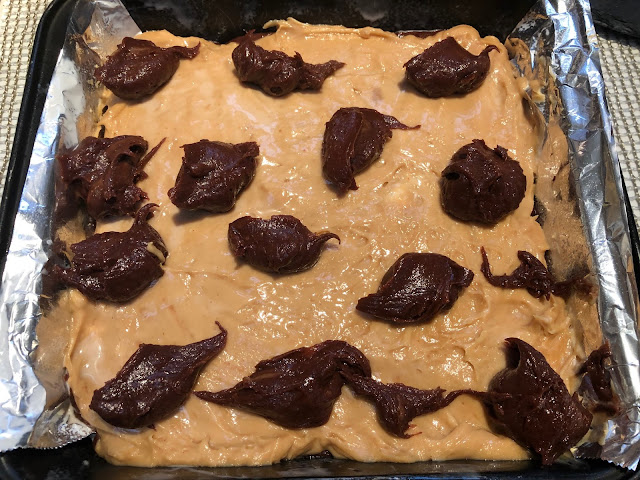 Using a wooden toothpick, make swirls through the chocolate batter, making a pattern. 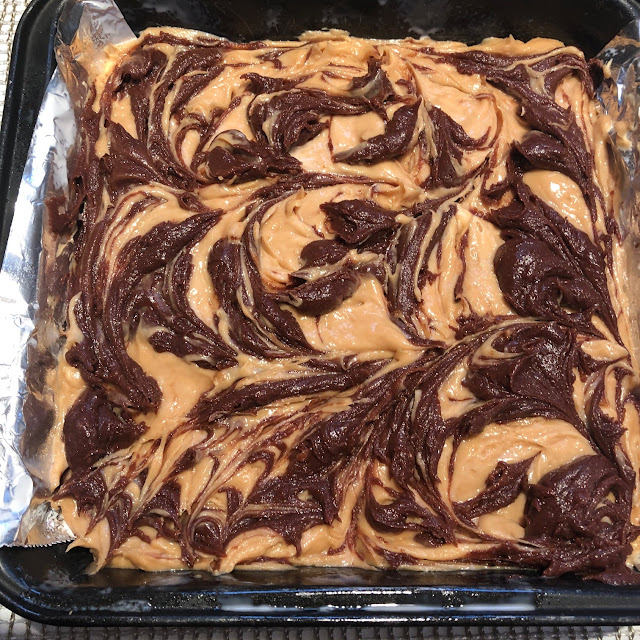 Place the brownie tin in the oven preheated to 180C, bake for about 30+ minutes, until the edges are firm and puffy. If you like gooey brownie, take out now, if you prefer it slightly more set, keep it in the oven for another 5 minutes, though you do want the fudgy texture.
Cool on the rack before slicing into pieces. 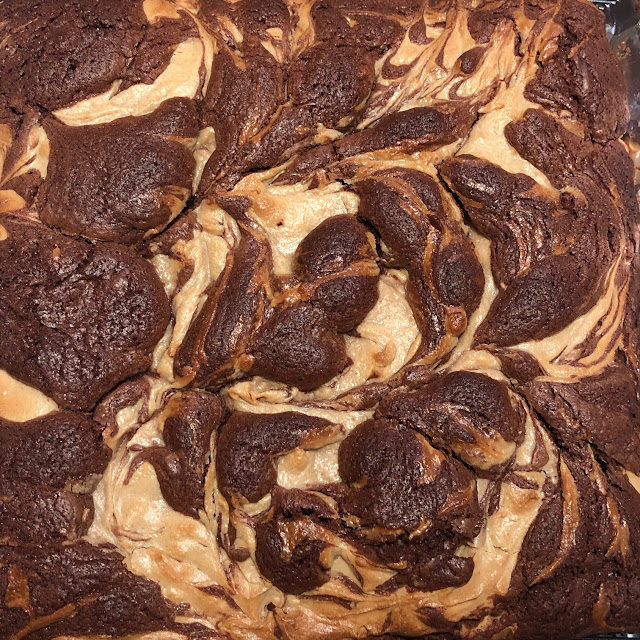 The brownie got mixed reviews from my family. While my husband and elder son loved it and asked for seconds, my younger son wasn't very enthusiastic and said he prefers my salted caramel brownies. 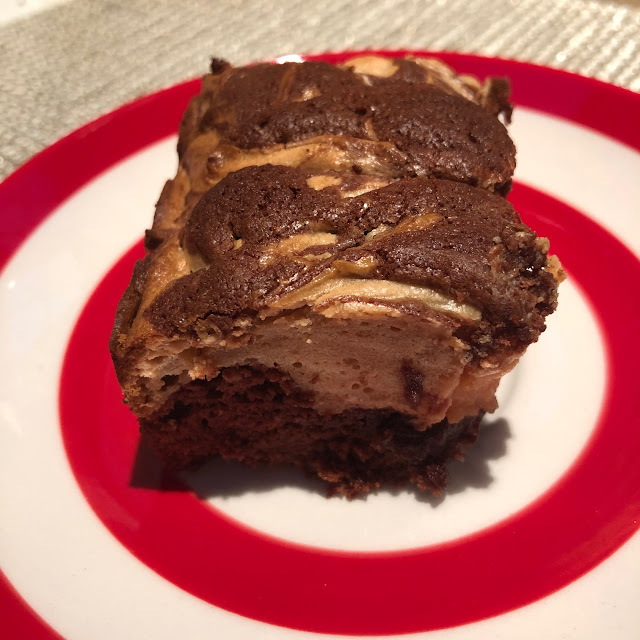 In this recipe I used a jar of Sun-Pat smooth peanut butter, as found in the latest Degustabox food box delivery. It's packed with 96% peanuts and is palm oil-free. It's a good source of protein too. 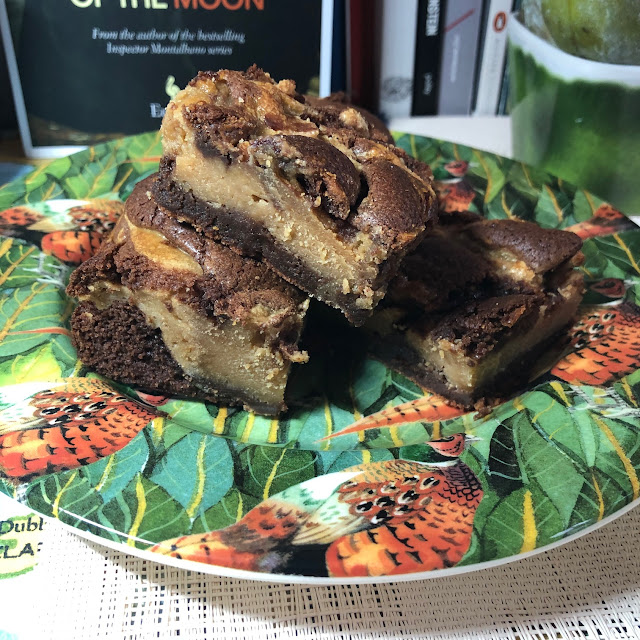 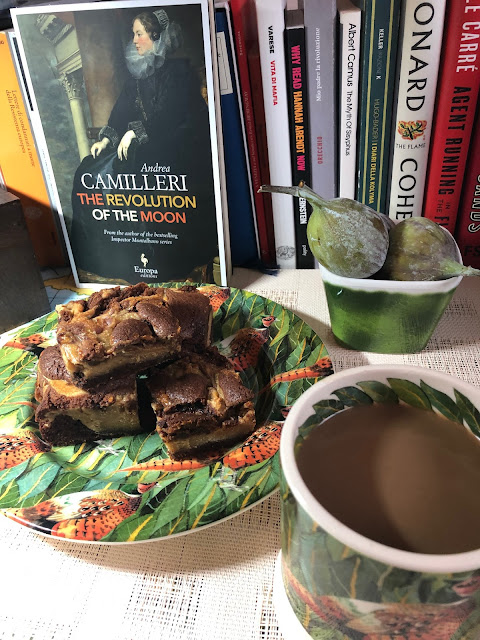 Anca from CookStyle made a variation of these brownies, using a coconut yogurt rather than cream cheese. Have a peek at her Peanut butter cheesecake brownies, don't they look delicious?!
Posted by Galina Varese at 13:42:00