Welcome to the last photo diary post of the year! I can't quite believe where the year has gone. It was a tough year, with lots of ups and downs. I am quite deflated by the end of the year, and hoping the next year will be better (optimistic much?!).
I didn't have a chance to post a weekly post last weekend, as my guys were going to Italy, and I had a lot of things to finish before they left, so here is a combined lot of photos for two weeks.

On Sunday the 15th we felt like the characters of Frozen. Our boiler got broken the day before, and the house was very cold. This is Eddie's selfie on my iphone. 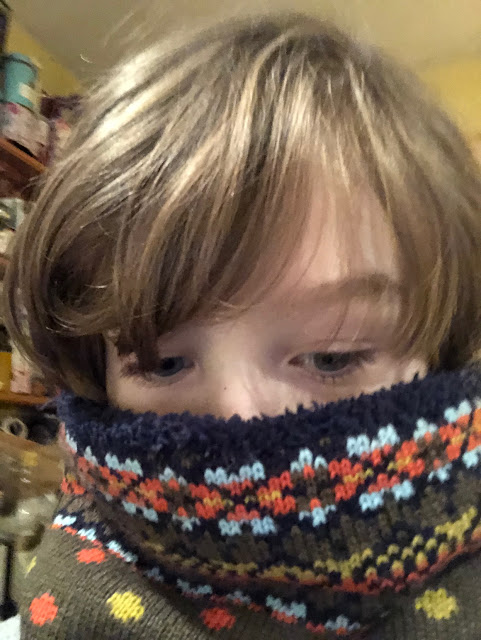 After the school run in the morning I walked towards the flood fields to check out the levels of the Windrush river. It wasn't an extensive flood, but I still couldn't get through, and had to make a detour to get back home. 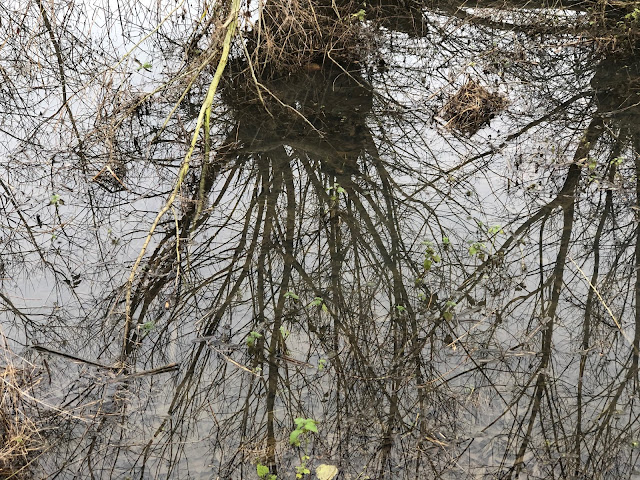 Waiting outside Eddie's school for the gates to open, I spotted this pale pansy. Really not the right season for these flowers at all. 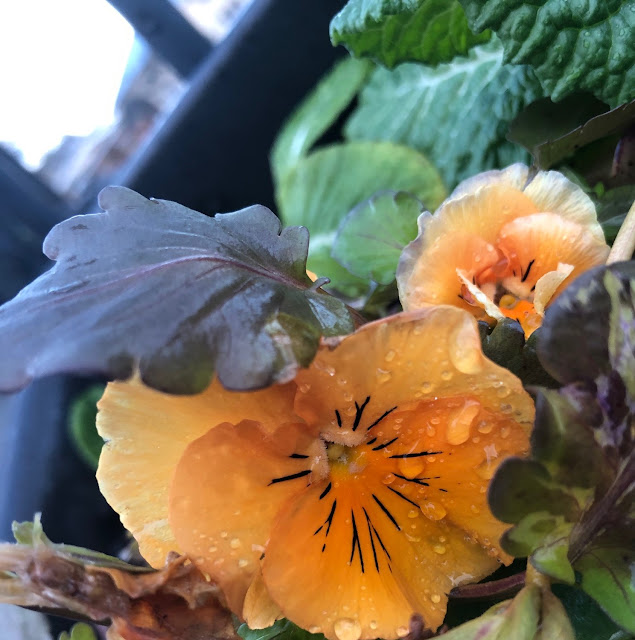 A quick coffee in the morning at the Blue Boar before rushing into the shops to find the last minute gifts for my family. 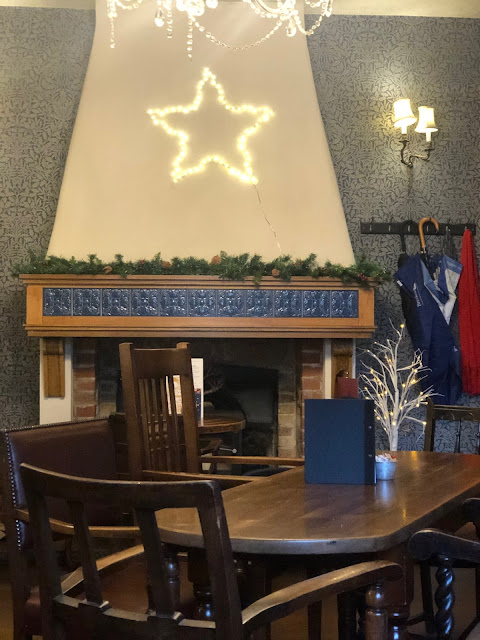 It was the last day of school for Eddie, and he had a Nativity service at the church with his school. He was a donkey. He didn't have any words, and wasn't even allowed to say Hee Haw. I thought he looked very cute in his donkey costume. I told him that the donkey was very important, as without him Mary and Joseph wouldn't have reached Bethlehem, and Jesus would have been born on the road. The story might have been completely different... 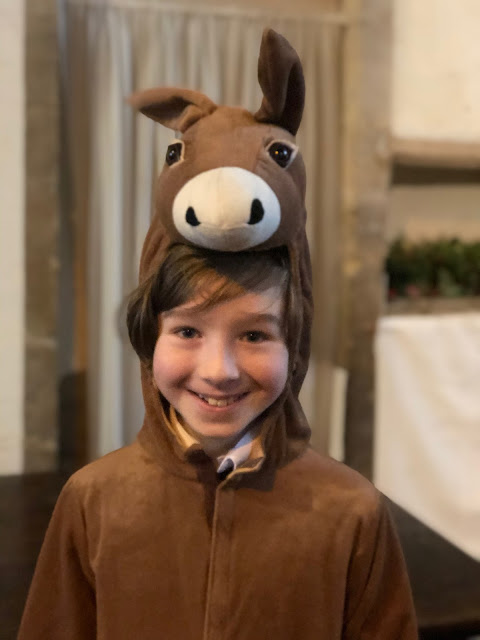 The next day Eddie went to Oxford to see a dentist, and then they stopped at my husband's college. Here is Eddie doing an "installation piece" under the table (photo courtesy of my husband). 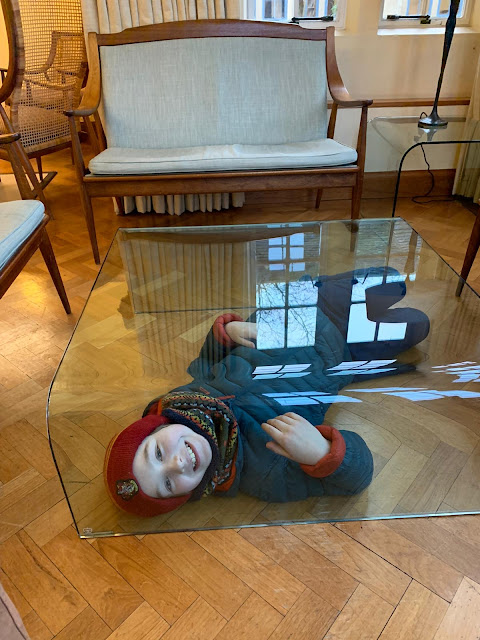 I finally put the Christmas wreath on the door. I bought it at the local market. 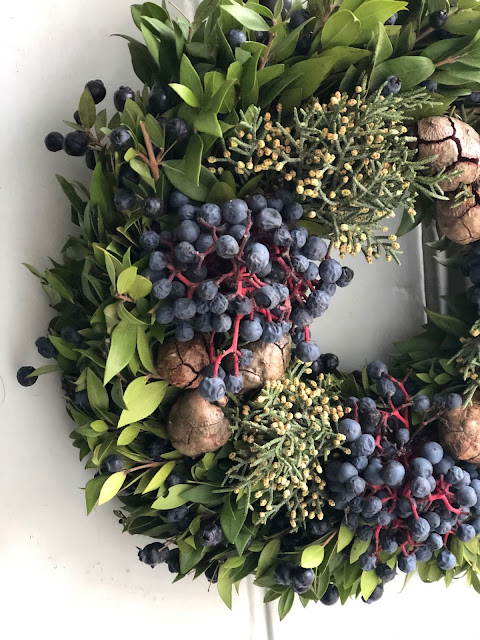 On Sunday lucky Eddie had a chance to jump on the flight simulator outside the cinema, which for the festive weekend was free. He was ecstatic. It must be such a wonderful feeling to soar up. 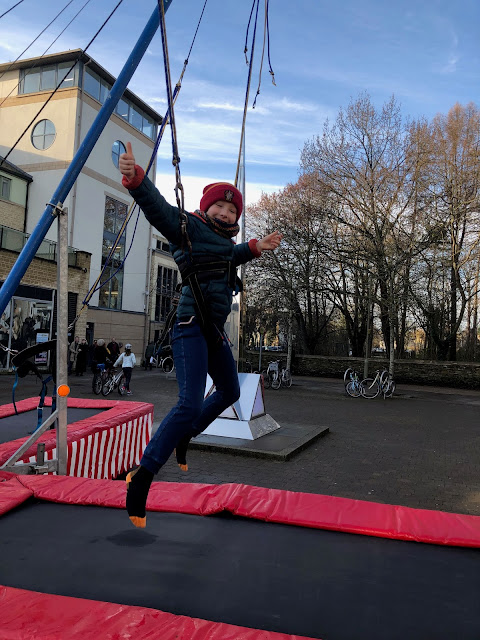 Early on Monday morning I hugged my boy and cried, as they were leaving for the airport. I was anxious about their trip and about how I would cope with Sasha for five days on my own.
It's the first time in Eddie's life that we spent so many days apart.
I knew it would be hard, but didn't expect it to be so hard. I'm not fond of drama, but I was truly in a bad place.
It didn't help that Sash's behaviour was extremely challenging.
Since Eddie was leaving before Christmas, he opened his gifts from me earlier. He loves Funko Pop toys, and I got him two new ones to add to his collection - Captain America and Spidey from Endgame. They are now watching us from the bookshelf. 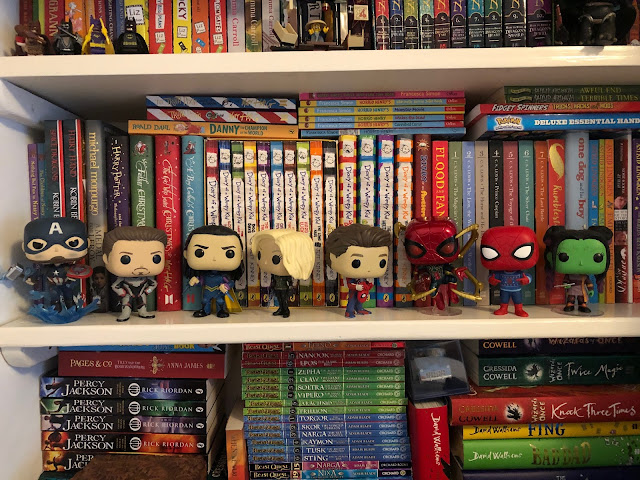 The next day I talked to Eddie on Whatssap, and told him that I was watching Kung Fu Panda 3. He said he wished he watched it with me, so I snapped a shot from the film and sent it to him.
It reminded us how we saw it in the cinema for the first time. Eddie's friend who's a year younger, found it too scary and his Mum had to take him home half-way through the film.
I love the Kung Fu Panda series. The music by Zimmerman is excellent. 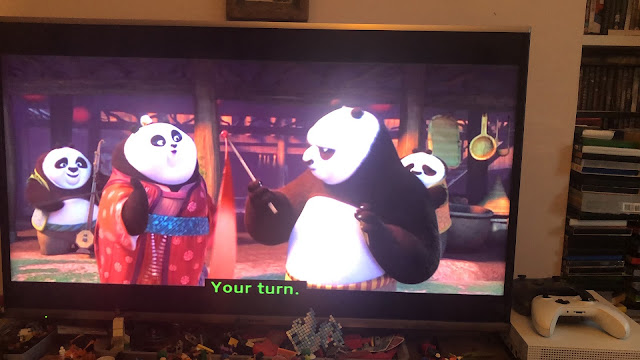 Eddie had a good time though. His grandparents loved having him there, and he was spoilt rotten. That was my consolation, knowing that he enjoyed his break. They sent me daily photos of their activities, including zorbing. 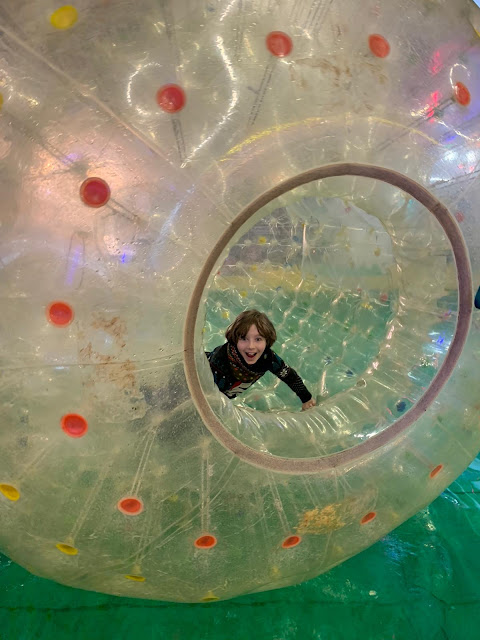 I have been thinking of which books to choose as my top 10 reads of the year. It's a mix of adult and YA/children's fiction. Hoping to finish the blog post by the end of the year. 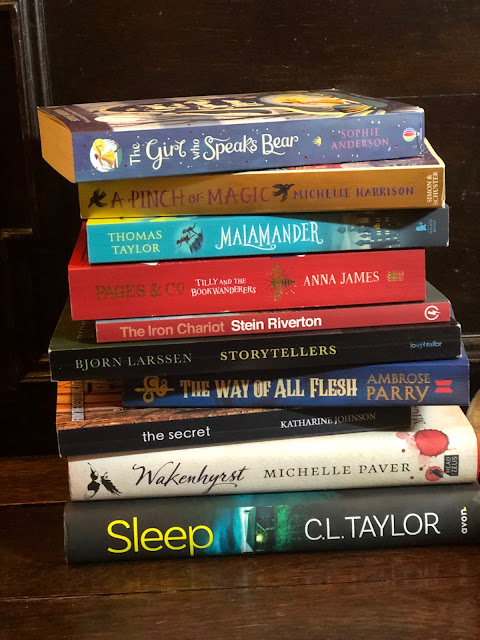 I finished reading Wakenhurst by Michelle Paver only this week, and had to re-think my top ten list, as I felt I really had to include it. It has all the elements which I enjoy in books: a suspense, a secluded manor house, a thrill of supernatural, a strong female protagonist. It also shows how bleak a woman's lot is in the patriarchal society. Superb storytelling. 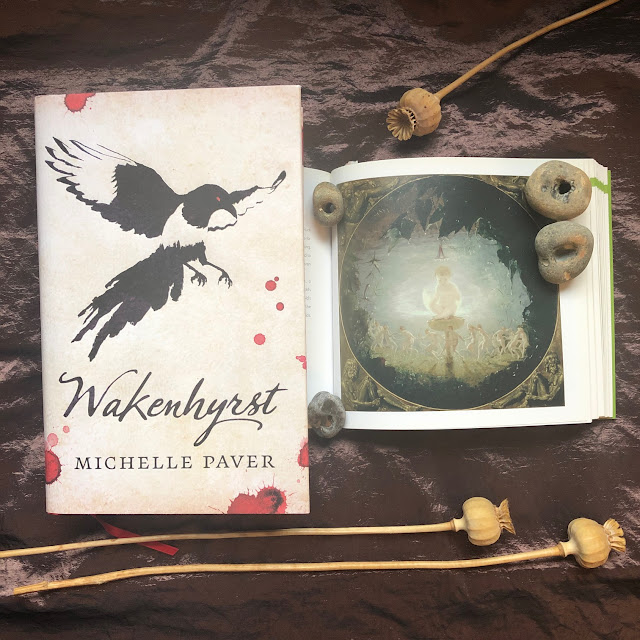 My guys came back home at almost midnight, pretty exhausted after a late evening flight. We went straight to bed.
This morning I looked at the gifts they brought home, including this black cardigan, a gift from my mother-in-law. I asked Eddie to take a photo of me, when we were in the café.
He took several pictures, and in all of them I look so tired. There's a Russian expression krashe v grob kladut, which means someone would look prettier in the coffin.
This Christmas holiday was very tough. I didn't sleep much, and the days were long and stressful. On the plus side, I read several books and watched some old Poirot films.
From the new TV, I only managed to see Call the Midwife, but had to miss The Small Hand with Douglas Henshall. 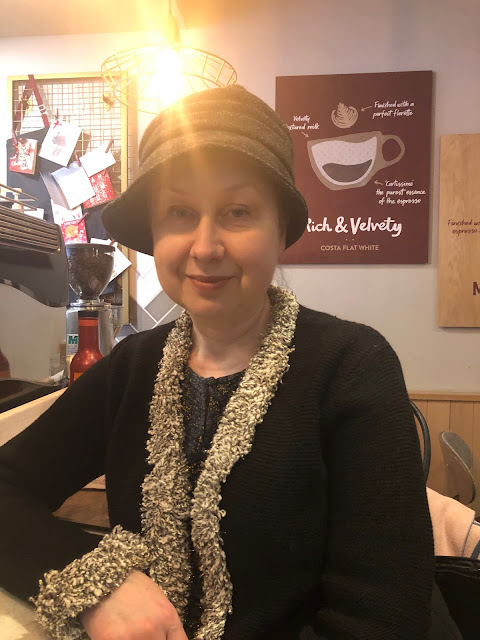 Hope you had a lovely Christmas.

You are invited to the Inlinkz link party!
Click here to enter
Posted by Galina Varese at 20:22:00