A Portrait of Death (The Versipellis Mystery series: Book One) by Rhen Garland #BlogTour 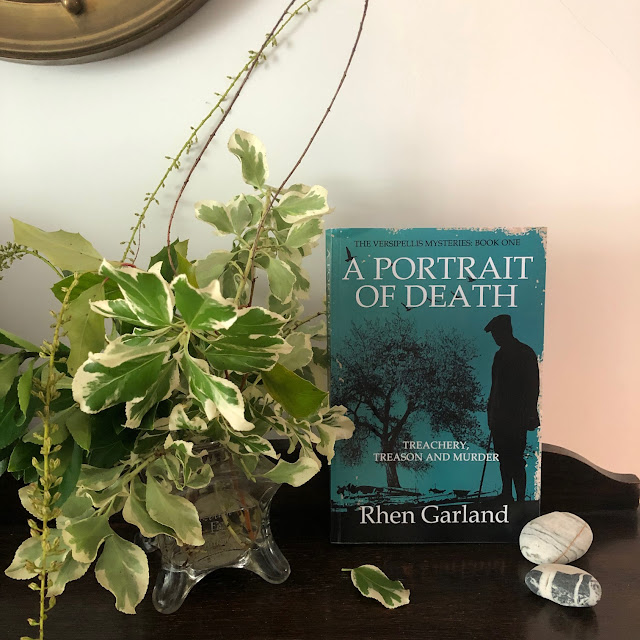 "As she stood in the hallway by the sitting room door, she became aware that the noise had changed slightly; before it had sounded muffled but standing here in the hall she could now hear it clearly. It sounded like the high keening of a child crying..."

The first pages of A Portrait of Death by Rhen Garland grab you immediately and draw you into an unspeakable brutal murder scene, taking place in a mansion in New York in 1889. The gore details and the eerie unsettling atmosphere are positively Gothic.

A portrait of death is the 1st book in the Versipellis Mystery series, which could be described as a Victorian murder mystery with the elements of paranormal/supernatural. The endorsement on the back cover presents it as "Jack the Ripper meets Highlander!"

After the barbaric murder in the opening chapter, we meet a mysterious dark demonic figure, with powers of transformation into their victim's persona.

Fast forward another 8 years, and we find ourselves at Marmis Hall, situated in a quiet English village Marmis Parva. Lord and Lady Marmis treat a selection of friends to a weekend house party.

"The weekend was to be a front as they say, a perfectly harmless party involving bridge, opera and feasting that would operate as a cover for the real purpose of the weekend, that of a meeting between the government and certain others to discuss the possibility of another war in South Africa. The guests were carefully chosen to create a safe environment in which the parliamentarians could mingle in safety without hindrance to their true purpose".

On the very first evening of the weekend party, two men are butchered by a bloodthirsty maniac. And a young man, the younger brother of the master of the house, comes back from the dead. He was presumed dead for the last two years. He spent two years of imprisonment in South Africa, and arrives home under the cover of the night, bringing with him proof of treason and names of three traitors.

Detective Chief Inspector Elliott Caine and his sidekick Detective Sergeant Abernathy Thorne are formally requested by a highly placed government official to go to Marmis Hall to investigate the murders. Their long-awaited holiday would have to wait.

Elliott V Caine was young for CID officer of his position. "Those who spoke in his defence argued that his abilities and successes on the job were justification enough to push his repeated and swift promotions, while those who disapproved listed his maverick behaviour, his refusal to follow the necessary protocol... and his unnerving habit of breaking even the most hardened criminal down to dust... in some cases literally".

Caine and Thorne arrive to Marmis Hall, but the savage murders continue. It seems the killer is taunting them.
The list of the traitors' names acquires a new addition - that of Versipellis - scribbled in a different ink. Caine is well aware of the identity of Versipellis.
"Versipellis, or rather a codename seems to have been around in various forms for well over three hundred years, he is an independent operative, an information gatherer who has worked for the British government and occasionally the Americans".

Time is ticking, Caine and Thorne have to catch the sadistic killer and find the traitor amongst them. The murders at Marmis Hall are connected to the murder committed a decade earlier in New York.
Caine's past comes to haunt him. Will he be able to stay clear-headed and not let his obsessions cloud his investigation?

When you're reading this book, you might want to make sure all the doors are locked. The murder scenes are not for faint-hearted. It is a gripping, atmospheric murder mystery, full of bold twists and turns which will keep you guessing 'til the final pages.

While the murder mystery is satisfactorily solved, the supernatural aspect hasn't been explained much. I presume we will find out more in the next books in the series.

A Portrait of Death is a sharp-edged, menacing gothic tale, a well-plotted page-turner.

This post is part of the blog tour, you can follow it on the following blog stops: 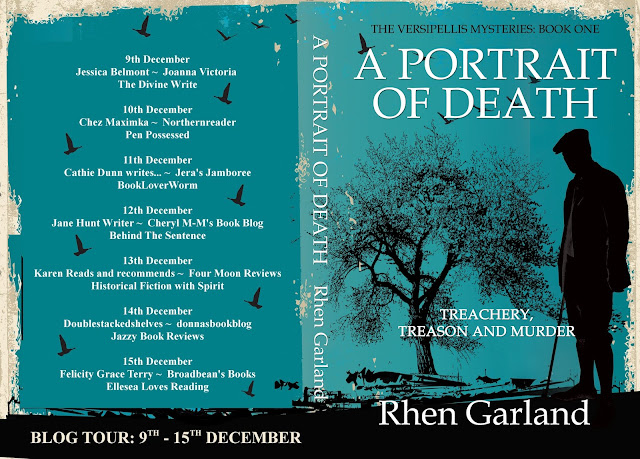 Author Bio:
Rhen Garland lives in Somerset, England, with her folk-singing, book-illustrating husband, approximately 4000 books, and equal number of ancient movies, and a large flock of stuffed sheep.
She enjoys the countryside, peace, and Prosecco and the works of Ngaio Marsh, Glady Mitchell, John Dickson Carr/Carter Dickson, Agatha Christie and Terry Pratchett.
"I watch far too many old school murder mystery films, TV series, and 1980s action movies for it to be considered healthy." 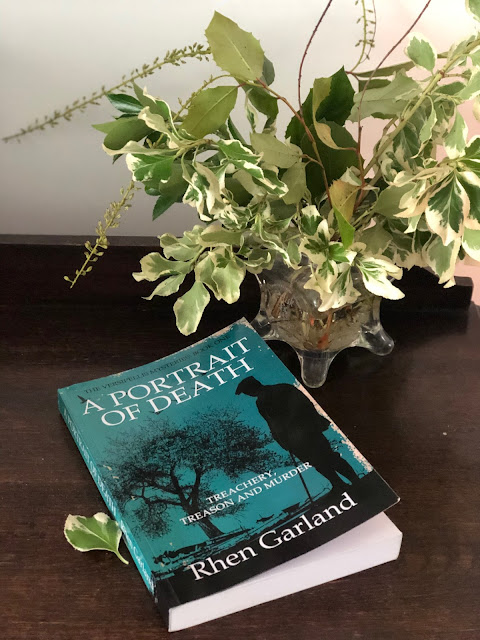 Many thanks to Rhen Garland and Rachel's Random Resources for my copy of the book!
Posted by Galina Varese at 10:52:00