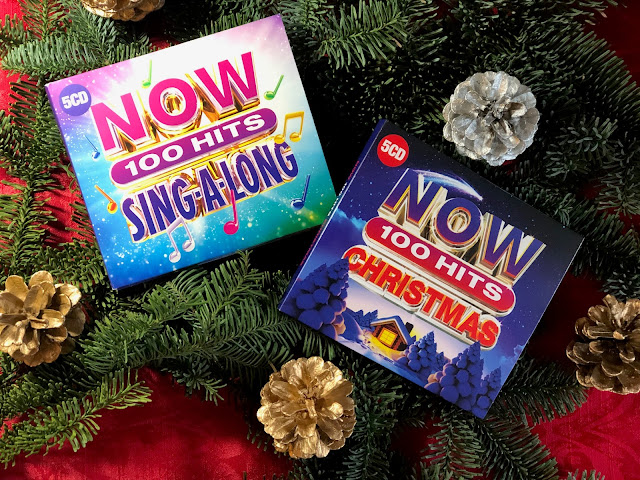 Gifts wrapped, festive menu planned, shopping done, anything else to tick off the list of things to do? What about music? When you're decorating a Christmas tree or planning a party, only Christmas music would do.
Sing your way to a very merry Christmas with Now 100 Hits Christmas and Sing-A-Long!

Now That's What I Call Christmas Music/Now 100 Hits Christmas (RRP £10.99) is the seventh best-selling album of all time in the UK with 4.5 million units sold, isn't that impressive?!
NOW's 100 Hits series is very popular, and their Christmas music selection is one great belter after another. 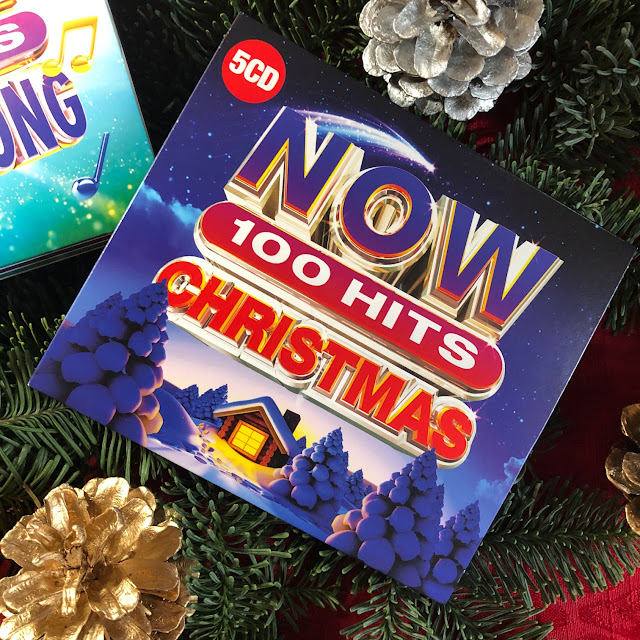 From golden classics like Bing Crosby's It's beginning to look a lot like Christmas, Tony Bennett's Winter Wonderland, Eartha Kitt's Santa Baby, Frank Sinatra's Jingle Bells etc to the best modern festive songs like Justin Bieber's Mistletoe or Pentatonix's version of Mary, Did You Know? this album "will get everyone from Rudolph to Frosty to the big man Father Christmas himself in the festive spirit and counting down the days until 25th December".

This year, NOW has released a cracker of a compilation with more tracks than ever before. Whether you're enjoying a mug of hot chocolate, snuggled on the sofa, or are busy wrapping presents for your family and friends, adding more booze to your Christmas cake or getting the office ready for the big party, NOW has you covered, with 100 Christmas hits to suit all tastes.

Elves from NOW were spotted interviewing the Christmas HQ to find out what they think about this album.

According to Santa, Now 100 Hits Christmas is "cooler than Mrs C's ice lollies".
Mrs Claus said: "Aside from Christmas cheer and spirit, it's the only thing that gets Mr Claus out of bed on these cold mornings (and sherry)."
Rudolph said: "Every year I like to see if I can get some PBs dashing around the world to give the kids their presents - so NOW! Christmas is perfect for the stretching and warm up first thing, the heavy cardio when we're flying, and the warm down when we land back in the North Pole. It's essential listening for such an intense workout!"
Dasher said: "Santa's always jingling his bells to this one".
Santa's Little Helper (second in command) said: "We play this compilation in our workshop every day, there's something for every elf, some of the younger elves prefer to bop around to Justin Bieber's track Mistletoe but I'm a big fan of Nat King Cole and the crooners, it's very relaxing when we're gearing up to the big day".
Santa's Little Helper (anonymous) said: "It's packed full of more bangers than Santa's sack" (Boom-Boom, that's as far as I dare to venture with the risqué jokes).
Frosty the Snowman said: "My favourite is Peter Auty's Walking in the Air, which was actually written about my Great Grandad - The Snowman. It brings back some real memories, that one!".

Bad jokes aside, this album was a trip down the memory lane for me as well.
Boney M and their catchy tune Mary's Boy Child/Oh My Lord first blazed through our TV screens in the late 1970s. And the hearts of the Soviet people were conquered.
In those days the new year's eve TV schedule was progressing the following way: first it was all the Soviet-style singers, then in the early hours of the night there would be a long slot dedicated to the Soviet bloc performers (Bulgaria, Poland, Czechoslovakia, East Germany etc), and only then when you were half-asleep, around 4-5am, they would show the "Western" music, which of course, was also heavily censored.
Boney M visited Moscow and Leningrad in 1979. This was one of a few rare occasions when the Western group was invited to the Soviet Union officially. Their music blasted at the discos across the country. Boney M became one of the symbols of the Western freedom.
I was only a child then, but I remember the first time I watched Mary's Boy Child on TV, and how much I loved that song. It's still one of my favourite festive tunes. 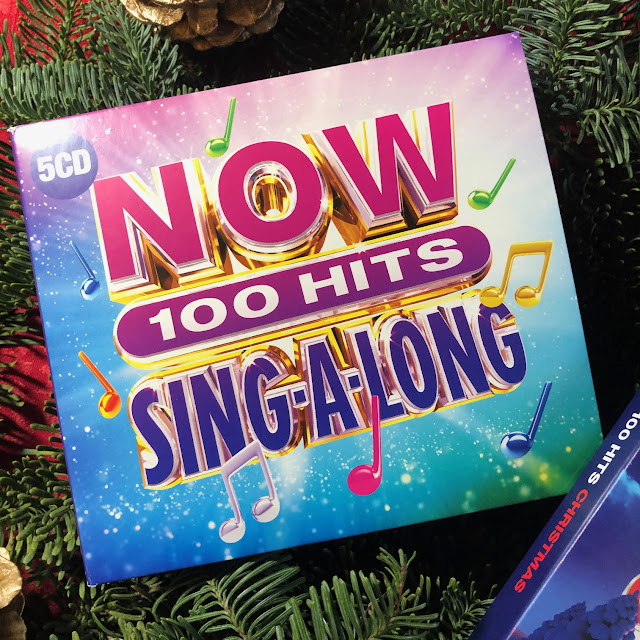 To keep the party going, there is another 5 CD box set - Now 100 Hits Sing-A-Long.
It has tracks to please all generations and ages, from the classics of the 1970s (Gloria Gaynor's I Will Survive, ABBA's Mamma Mia, Blondie's Sunday Girl, etc) to 1980s and 1990s hits of my childhood and youth (Billy Joel's Uptown Girl, Bonnie Tyler's Total Eclipse of the Heart, Karma Chameleon by Culture Club, etc) to the latest songs (Justin Timberlake's Can't Stop the feeling, Pharrell Williams' Happy and One Direction's Story of My Life).
You will sing along and dance (a good exercise after all those seasonal calories).

Girls Just Wanna Have Fun by one and only Cyndi Lauper never ceases to bring a smile to my face. I've been known to sing along (rather quietly though) in the shops whenever this catchy tune is played. It brings back so many lovely memories, one of them, dancing in the deserted bus stop with a German student who was visiting England, while we were waiting for the bus and feeling quite cold. It's one of those happy memories I keep tucked in my heart and mind. I was young, carefree and enjoying myself.

Listening to Now 100 Hits Christmas and Now 100 Hits Sing-A-Long is made easier with the NOW Music app, where subscribers can access all the NOW compilations plus even more playlists and music for only £4.99 a month with no contract or adverts.
The NOW Music App is the easiest and most enjoyable way to access music on your devices.

Disclosure: We received two CDs for the purposes of reviewing. All opinions are our own.
Posted by Galina Varese at 18:25:00