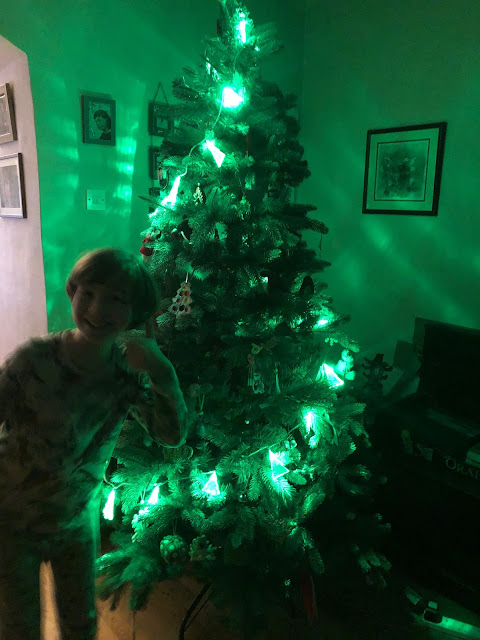 "There are angels on the tree?"
"Ah, because we all pray there are really angels watching over us, don't we?"
(Heather Graham, Home in Time for Christmas)

The last time I counted we had eight angels on our Christmas tree, all different and varying in style.
You see, our Christmas tree is an amalgam of many a gift we received through years, family heirlooms and ornaments made by our boys in the nursery and at school.
While I admire other people's themed Christmas trees - fit for a House Beautiful magazine - I would feel robbed if I had to adhere to just one style or colour scheme.

And while many families are tucking into their Christmas meals, just as many are avoiding all the hullaballoo for one reason or another. My younger son is in Italy with his father, they've just sent me photos of their Christmas lunch with the Nonni on Whatsapp.

This is the little Christmas tree at my in-laws'. Eddie brought them two of the ornaments - letters E and S, for himself and Sasha. 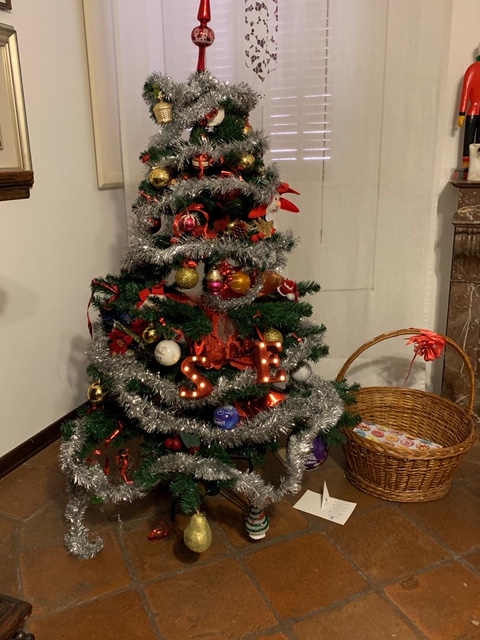 I didn't bother with cooking anything remotedly festive today. Sasha wouldn't eat any roast with trimmings anyway, all he wants is his usual sandwiches and snacks. We did open a box of Roses, and have a chocolate Yule log from Waitrose, and that's basically it.
I've been having one cup of tea after another, and snacking on nuts and cheese on crispbreads.

It's quiet at the moment, Sasha is watching Moana on TV, and I'm reading Portrait of a Murderer by Anne Meredith. It's a Christmas crime story from British library crime classics series. It was first published in 1933.

But back to our tree...
I wanted to show you some of my favourite Christmas tree decorations, beginning with a few glass toys left from my own Soviet childhood.
My Mum brought four of the ornaments with her several years ago, and I treasure them. Some of them are as old as I am, i.e. pretty vintage.
This squirrel (and the birdie in the background) winked at me, when I was a child, and my parents decorated our Christmas tree. Only we didn't celebrate Christmas, it was the new year's eve, when people had a big festive bash with family and friends.

As I grew up in the North East of Russia, we used to have very long and cold winters. I remember once the temperature plunging down to minus 53. I think it was only once that cold in my lifetime.
We did go out anyway, all wrapped, with scarves covering most of the face, with only eyes open. We walked across the town to our friends' place to celebrate the new year's eve with them.
When we arrived, our eyelashes had turned white with frost. We were actually OK, and had a fabulous party. 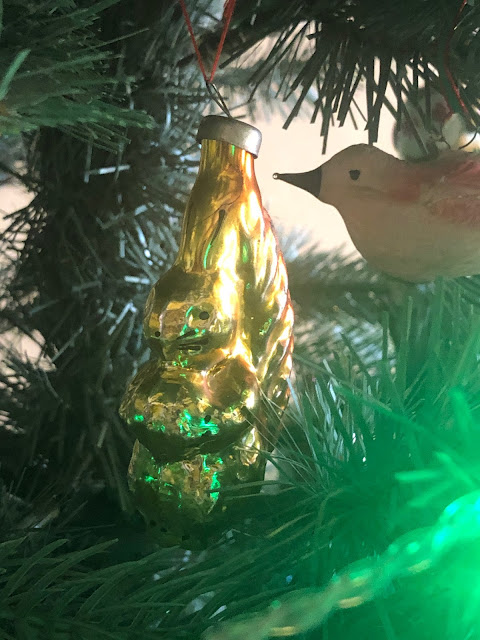 And another decoration from the same period of my life - a festive chili pepper. Why a chili, I don't quite know. 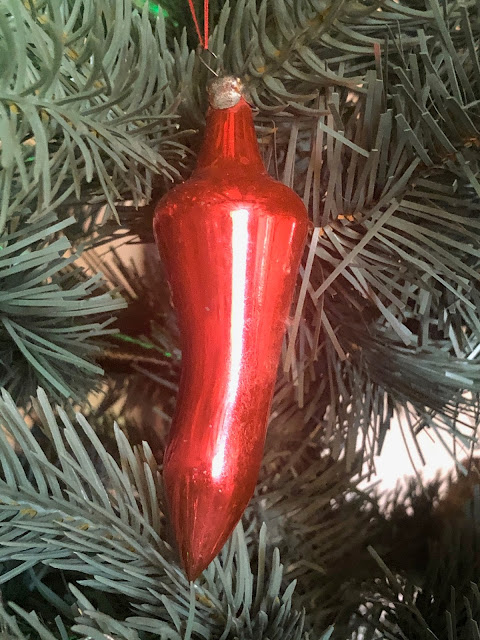 From one babyhood to another: Sasha was born in the States, and we lived in Williamstown, MA, in 2002. It was Sasha's first Christmas, and I remember it fondly. We had most wonderful neighbours, a family with three children.
That year Sasha got two beautiful Christmas tree decorations, including this jolly snowman. The other is the most beautiful hand-painted angel. I've tried to take a photo of it, but due to its shape, couldn't get a clear picture without my own reflection in it. 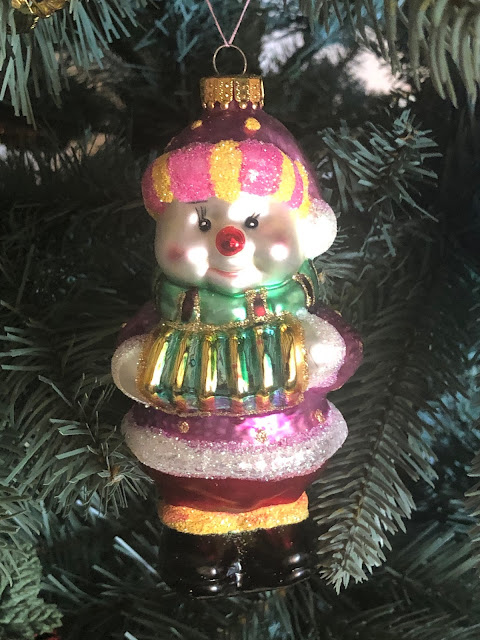 This pretty angel (and her sister) came to stay with us, when Sasha was a little boy and we lived in Woodstock. Our small apartment was just next door to the newsagent's, owned by a very friendly family. They were warm and welcoming, and Sasha loved checking out the sweets and magazines in their little shop. 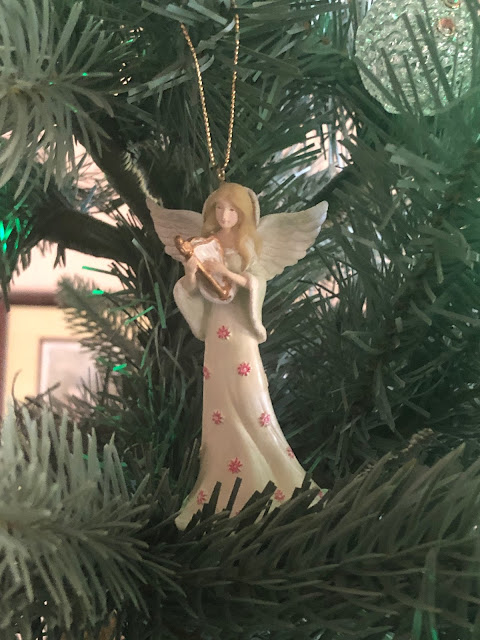 Another angel, for another little boy - this angel bell joined us, when Eddie was a tot. It makes a lovely sound. 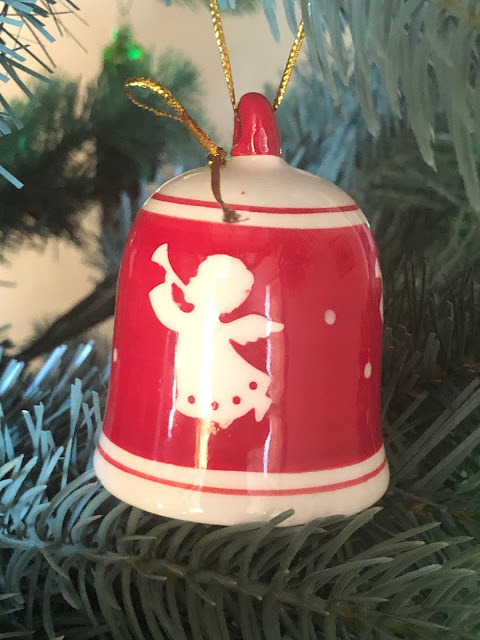 This angel was made by Eddie in primary school (Reception or year 1?). 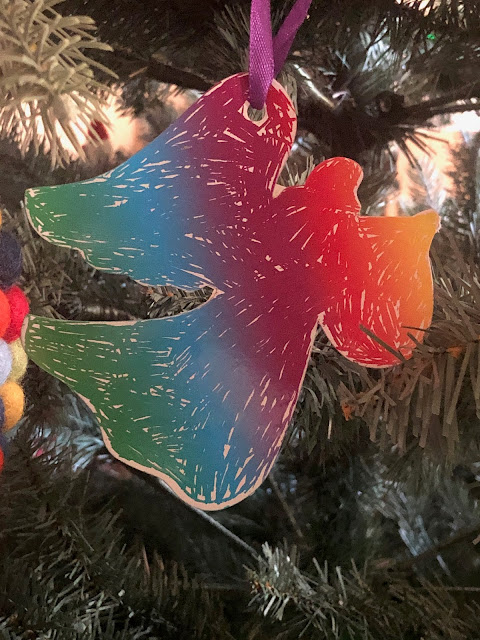 Another of his school projects - a Christmas tree, very colourful and jolly. 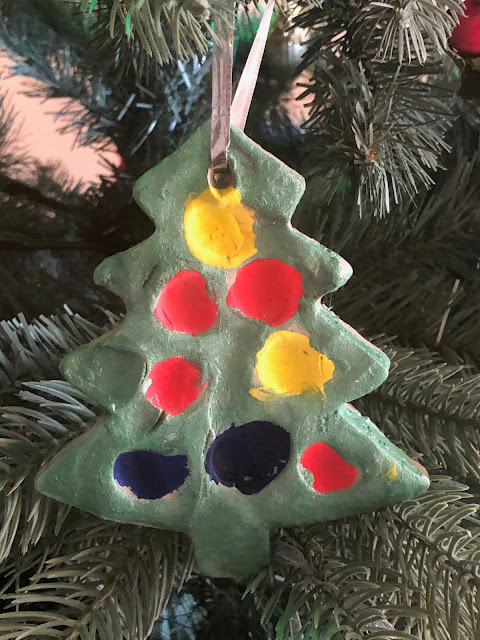 More hand-made decorations coming … this name tag was made by our friend Jen (one for each boy). We love them. 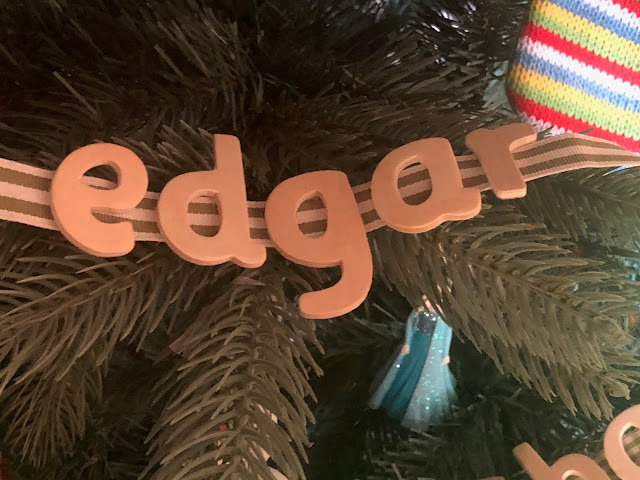 My late friend Trudy was more than a friend. Her husband David and she were my family, they sort of adopted me, when I was a young student, with my own family left thousands of miles behind. I miss them both so much.
Trudy had some rather romantic notions about me, comparing me to the young Audrey Hepburn (the only similarity I could find is that I was also very slim then, though never as pretty or glamorous). She also used to send me the newspaper and magazine cuttings on the Romanovs, and years later bought me a set of Faberge-style Christmas tree ornaments as a gift. There are six of these baubles in the box, all different in colour and design. They are the Christmas greetings from a dear friend who's been a big part of my life. 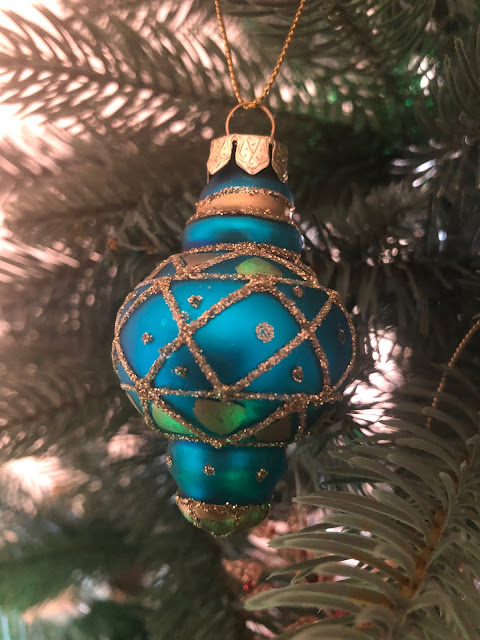 We're fans of Frozen. We watched the DVD of Frozen for the first time, when we spent one of Christmases in Italy. It was a difficult time, as Sasha's anxieties started to manifest themselves quite abruptly, and it was a very stressful holiday for us all. Frozen kept me sane in those days.
This Elsa ornament is a reminder that sometimes you feel like running away from it all. Let it go... 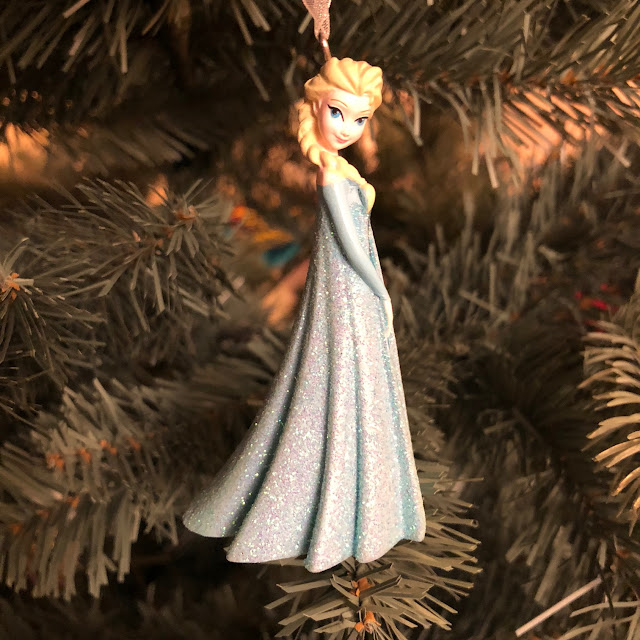 I bought this Gisela Graham toy last year, when my Mum and I were browsing the Christmas aisles at Burford garden centre. It was my Mum's choice. 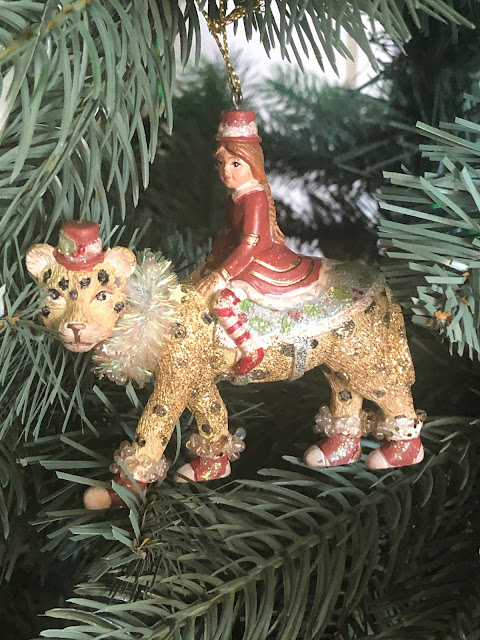 I got this winter figurine several years ago as it reminded me of Russia. Even her clothes look Russian. She could be a character from one of Russian fairy tales, for example, Morozko (Father Frost), which used to be one of my favourite childhood stories and films. 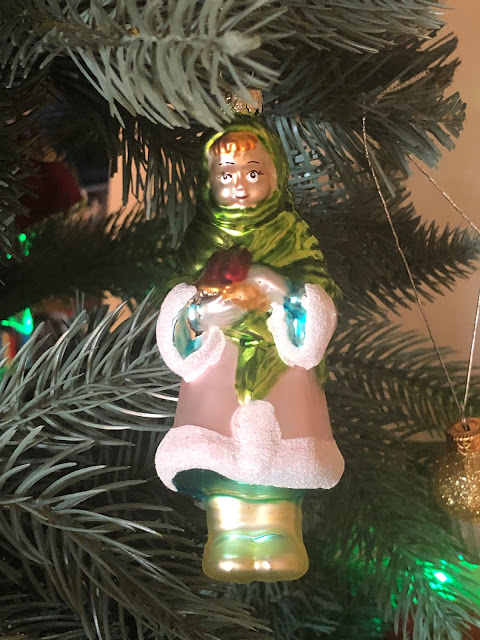 I'm wishing you all a Merry Christmas!
Posted by Galina Varese at 15:05:00