The Slaughter Man by Cassandra Parkin 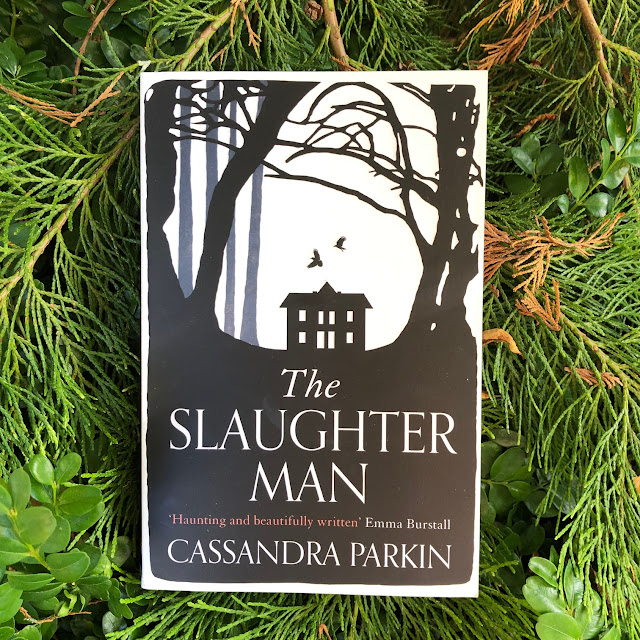 "I can't even look in mirrors any more, all I see is... She needs to do something to remind him who she is, that she's allowed to break things and wreck things and make mistakes, and it's his job to forgive her because he's an adult and she is broken, and that's how this is supposed to work".

The Slaughter Man by Cassandra Parkin is a tragic, unsettling story of guilt, obsession and identity.

Seventeen-year-old Willow becomes non-verbal after her identical twin Lauren dies. Her life crumbles, and no one seems to be able to help her, including her parents.
"...what she sees in her mother's face is what she always sees these days: fierce unending love mixed with hopeless confusion. Because her mother does not have the answers, and does not know how to fix her surviving daughter, and they are both lost".

Willow's feelings of guilt for being alive while her twin is dead bring on a mental illness, with its destructive suicidal thoughts and terrifying nightmares, where she sees her sister and believes she is calling her to join her.

"I am so, so sorry you've ended up with this. Being the only child, I mean. It's too much, to go through this life as one on your own. No one should have to do it".
Her mother's words drive a thin sharp hole into her. This is exactly how she's felt since Laurel left them. Unbalanced. As if there's too much weight on her shoulders, as if she has to carry a burden for two to share..."

Some of her nightmares are bordering on nauseating. The first scene - of the funeral service in the church and the desecration of the corpse - is truly stomach-churning.

Willow's parents' marriage is on the point of disintegrating as well. They are almost destroyed by their daughter's death, and by their inability to help Willow to learn to live again.

When her uncle Joe comes to visit, he convinces his sister that Willow should come to live with him for a while in his cottage in the countryside, literally in the middle of nowhere, surrounded by woods, and having no close neighbours.

As they begin to know each other better, Willow comes to realise her uncle has his own demons to fight. He might be not the right person to look after her. Joe seems to be rather helpless himself. He gives Willow a room, with a door leaving outside the cottage (perhaps not the wisest move, as Willow sleepwalks in the night).

And Willow is left free to roam the countryside, both during the day and at night. On one of her night trips, she comes across a house in the woods, where the mysterious creepy Slaughter Man lives on his own. She is terrified and fascinated by him in equal measure. She is drawn to danger, and Joe is not doing a good job of looking after her.
"There's something else he wants to say, but she doesn't have the time to listen, and besides, she's allowed to be oblivious to other people's wants and needs".

Willow meets another troubled teen called Luca, who is living in one of the neighbouring farms, he's fostered by a sensible, no-nonsense farmer Katherine. Luca is another one who's drawn to the danger like a magnet. He is rough, defensive, and neurotic, but his prickly façade hides his vulnerability and dark sinister secrets.

Clueless Joe, who's immersed in his own life drama, doesn't seem to grasp to what extent of danger his niece is exposed. He warns her against wandering into the Slaughter Man's territory, but doesn't do much to safeguard her. And Willow takes a full advantage of her newly found freedom.

It took me some time to "digest" the book before I tried to write a review. I had to collect my thoughts.
It gives a psychological insight into the grieving process and aspects of the mental illness.

Cassandra Parkin's writing is convincing and talented, she is a master of dark, conflicting emotions spilling on the pages of her novels.

Willow is a complex character, vulnerable and fragile. I have a great sympathy for her loss, yet compassion is not so straightforward. I couldn't help but be annoyed with her a lot, and then I felt bad about being exasperated with her. She has mental health issues, so her behaviour cannot be judged by normal standards.

She's a frightened grieving teen, who is also immensely selfish, wilful and egocentric. She is inconsiderate towards her parents and uncle, and at first, to Luca as well. It's only gradually she begins to gain more understanding of people around her, and that she is not the only person who is grieving. Her closest family and a new friend have their own tragedies and fears.

I felt the ending was a bit rushed, it was a bit of an anti-climax, but the novel tackles a difficult, sensitive subject and challenges our perceptions of grief.

The Slaughter Man is heartbreaking, thought-provoking, honest and insightful. 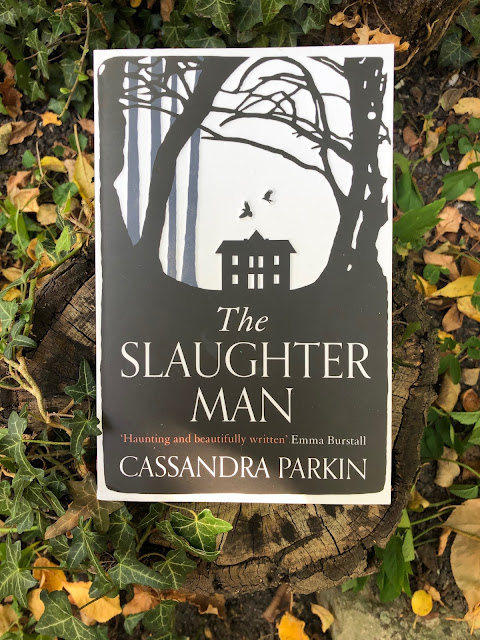 Disclosure: Many thanks to Cassandra Parkin and Legend Press for my copy of the book!
Posted by Galina Varese at 15:44:00