The Fourth Victim by John Mead 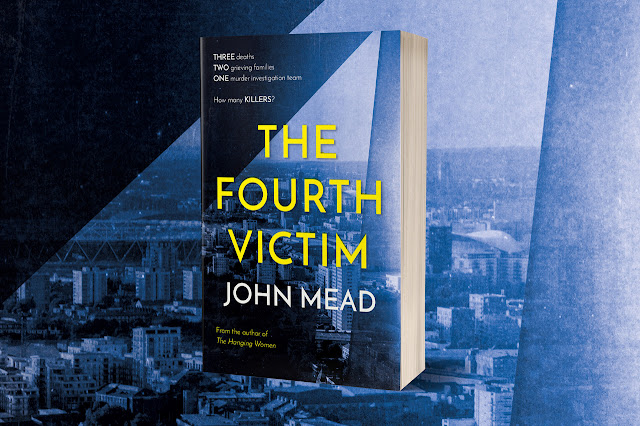 As a subgenre of a crime fiction/detective story the police procedural puts the emphasis on the investigation, conducted by the police department and its officers.

The Fourth Victim by John Mead gives a good insight into the police procedure.

We follow an elderly lady with the shopping trolley, as she walks through the park and sees a body lying amongst the trees. It is a young girl, who was killed minutes before her body is discovered.
Her Mum, in the meantime, is pacing the room, waiting for her daughter to return from jogging in the park. Instead of her daughter, she opens the door to the constables and Detective Inspector Merry.
And in a matter of seconds, her whole world collapses.

Detective Sergeant Julie Lukula is assigned to the case together with Merry. She doesn't dislike him as such, but doesn't think too high of him either. They are an odd team.
Looking at the death in the park, is it the mugging gone wrong?

But then the older case, very similar in many details, is being revealed. And a new murder, of another young girl, takes place.
Is it a work of a serial killer, or are several killers involved?

The most absorbing plotline is that of a young woman with DID (Dissociative Identity Disorder). Her inner world is split into different personalities, who are often unaware of what each of them are doing. She is a survivor of childhood abuse, and has learnt to live with the effects of her disorder.

Dr Alima Hassam is helping with the investigation. Leanne is her old patient, and she has met most of her personalities and can give an insight on the condition.

I have mixed feelings about this book. The procedural side of the story is riveting, and insightful, but there are such glaring breaches of boundaries committed by the police.

I couldn't warm up to the main protagonists who conduct the investigation. Merry is married, but keeps having extramarital affairs without second thought. He's not exactly an Adonis, but for some strange reason women jump at him.

Lukula's also sleeping around quite indiscriminately. And there are too many references to her sexuality. OK, we got it the first time.

Their casual sex is so joyless, that I thought why even bother at all? A fumble in the dark alley behind the pub sounds gruesome.

It's a rattling, unsettling, gripping thriller with a deepening sense of apprehension.


This review is part of the Book Birthday Blitz. Check out what the other bloggers think about this book at the following stops:

Many thanks to John Mead, The Book Guild Ltd and Rachel's Random Resources for my copy of the book!
Posted by Galina Varese at 12:48:00