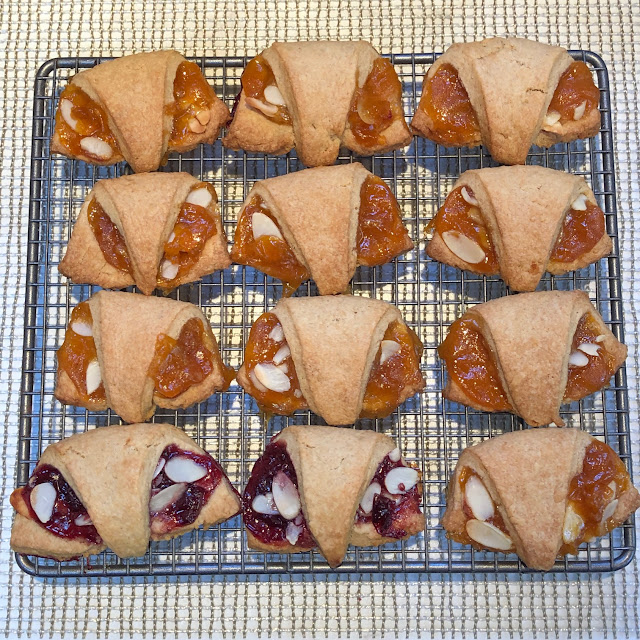 It's that time of the year when Tuesday evenings are reserved for weeks in advance, and viewers either get out a biscuit tin or join in a cook-along to follow the weekly themes of GBBO. As much as I'd like to do a weekly bake-along, it's just not feasible. I fancied baking a dairy-based dessert the week before last, but it just didn't happen.
I did bake though a big batch of jammy crescents last Friday, to enjoy with a friend who helps me on Fridays with Eddie (collecting him from the after-school chess club). 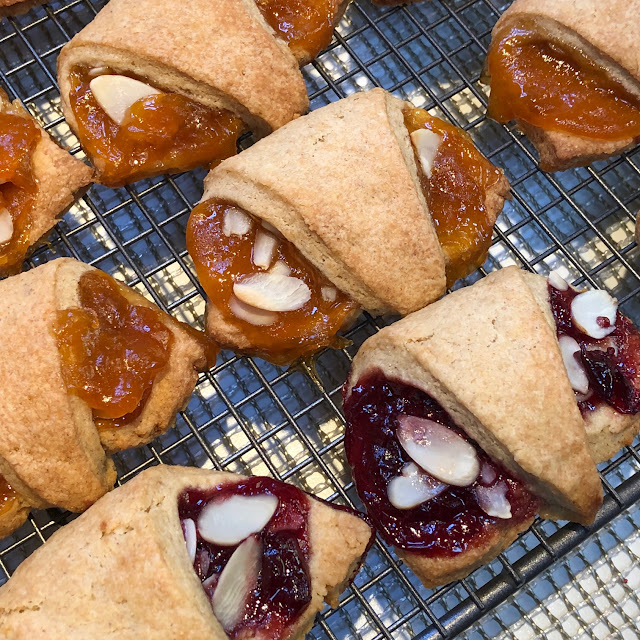 I was experimenting with the Organic Barley Flour which was one of the products I received recently from Whole Foods Online. I haven't baked with it before, so it was an unknown territory for me.

While I know what barley is, and use it occasionally in soups, I haven't come across a barley flour before.
Organic barley flour has a mild, slightly nutty flavour, which works great, combined with the other types of flour. It's supposed to be very good for bread making.
The texture of the flour is different, when compared to the wheat flour. When baked in bread, it gives a springy dense texture, similar to sourdough. 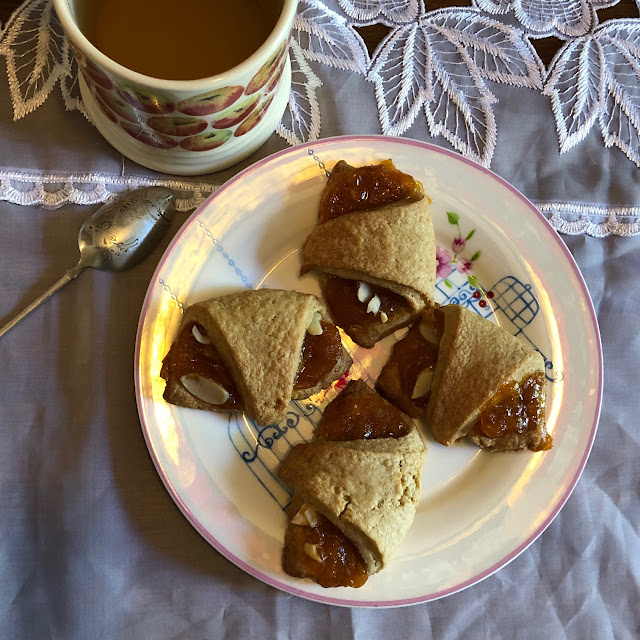 Grate cold butter into a medium sized mixing bowl, add the caster sugar and sift in half of the flour. Rub the butter into the flour, making crumbs. Then add the rest of the flour, baking powder, beat in two eggs and mix in the clotted cream.
I planned to use the soured cream, but forgot to buy it, and used the clotted cream instead.
You will have quite a stiff dough. Roll it into a ball, and place in the fridge for about an hour. 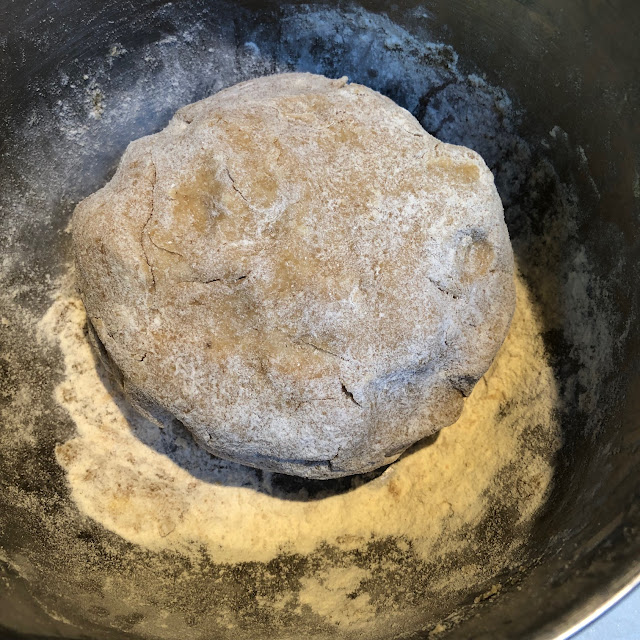 Divide the dough into three parts, roll out a big thin circle, using a rolling pin, then divide each circle into 8 parts. Add about a teaspoon of jam on each triangle and top up with flaked almonds. 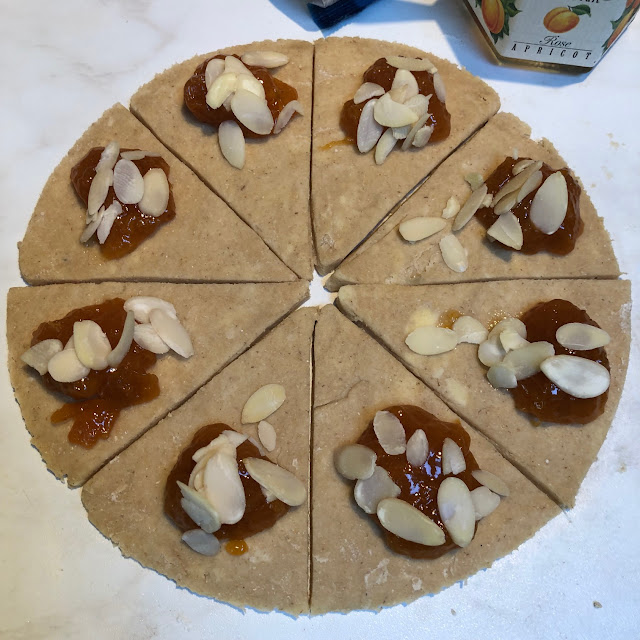 Tuck in the thin end under the wider part, making open envelopes.
Bake on trays covered with the foil or parchment paper at 180C for about 15 minutes.
Carefully remove from the tray and place on the cooling baking rack. 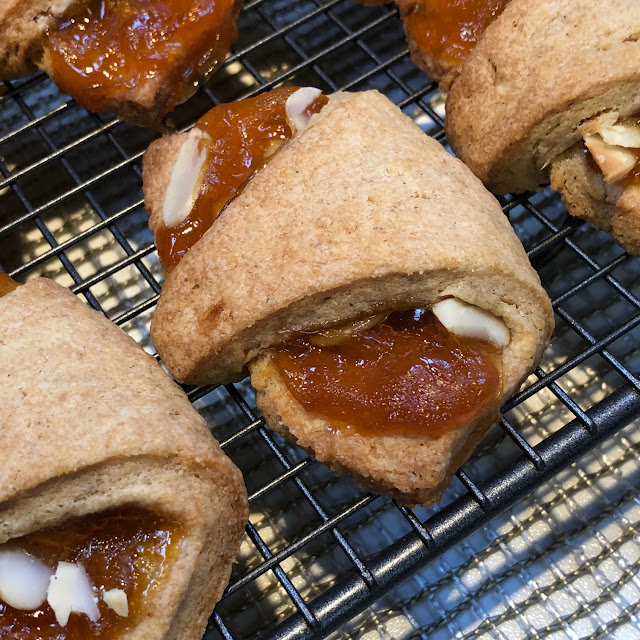 The crescents are lovely with tea, hot chocolate or coffee.

They will keep in a tin for 3-4 days without a problem. 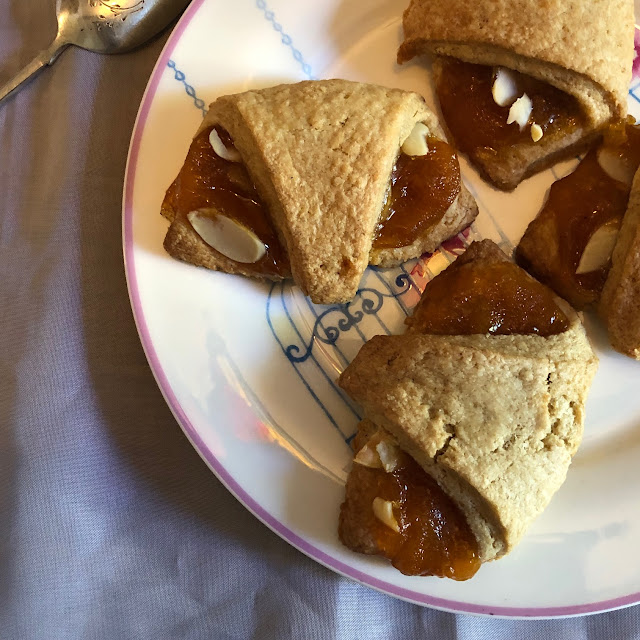 Have you tried baking with barley flour? What would you recommend?

Disclosure: As mentioned above, I received a bag of barley flour to try in a recipe. 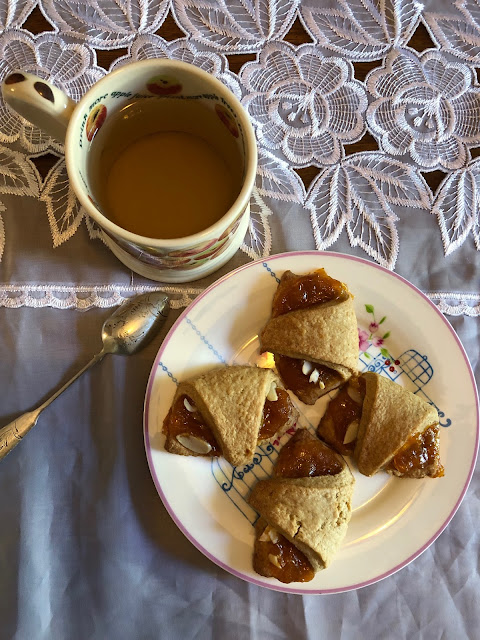