Do you ever get a feeling when you want to flee somewhere and leave everything and everyone behind, so that nobody can get hold of you? That's how I felt last week. I've been stressed and out of sorts. I fantasise about it, often, but I know I won't do it, as I have to hold myself together for my children's sake.
It's mainly to do with our dear Sash, who's been difficult this week for no apparent reason. My heart is breaking for him, as I don't know how to ease his internal tumult and ease his pain and anxiety.
And then there's my husband, who's off again, without a second thought about how we cope, and whose absences, and ultimately indifference, I resent.

I've been taking photos of things around me this week, mostly on my walks into town.
This cat is a very independent creature. We see it almost every day in the fields, sometimes relaxing in the sun, or sleeping in the grass, sometimes carrying a mouse. 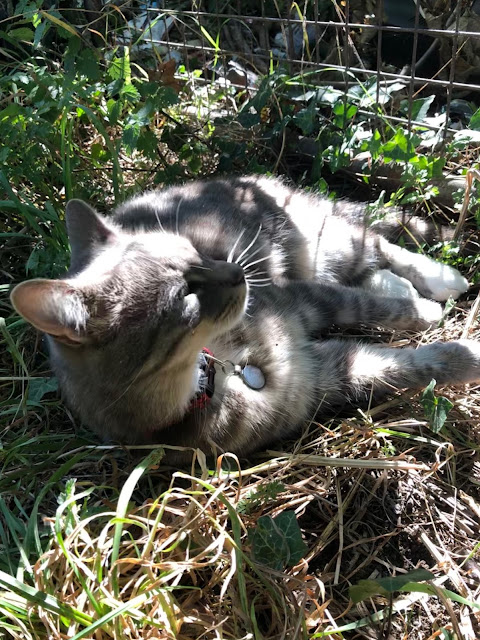 The name of this construction firm in town always makes Eddie and me smile, just because it is his name. 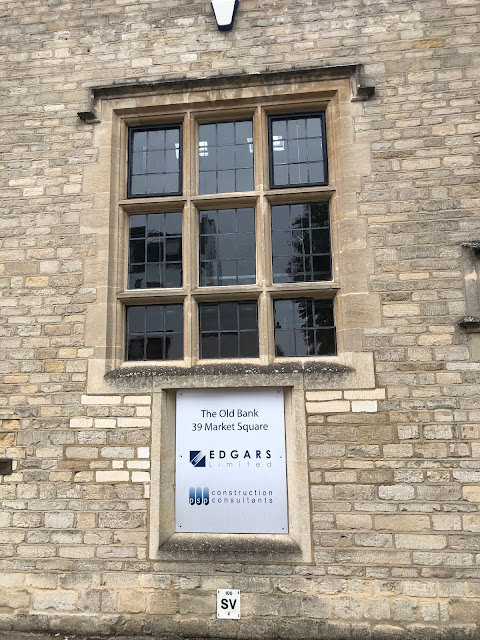 I loved the pattern of the shadows on the pavement, nearby the old woollen mill. 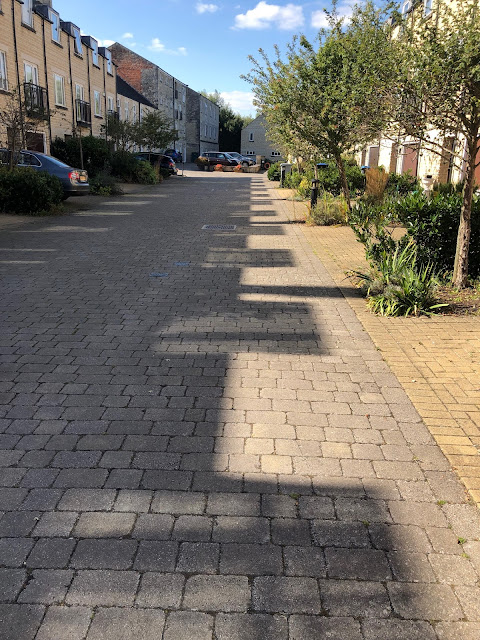 Having a quick coffee in the Blue Boar, I admired the mini-rainbow effect from the sun rays going through the chandelier by the window, with the prism beads. 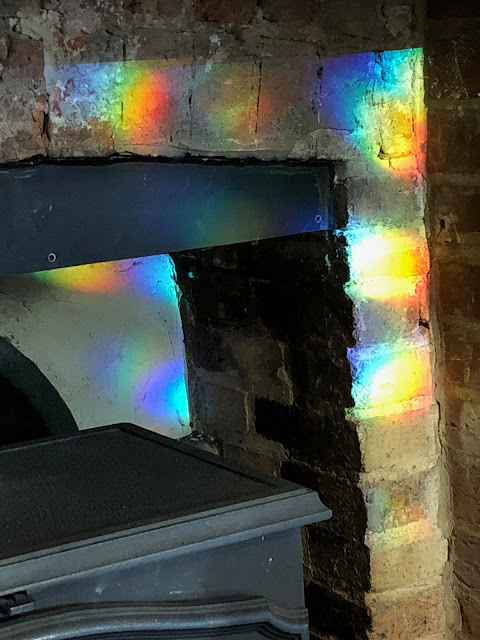 It was our 23rd wedding anniversary on Thursday.
This fancy car has caught my eye in West End. 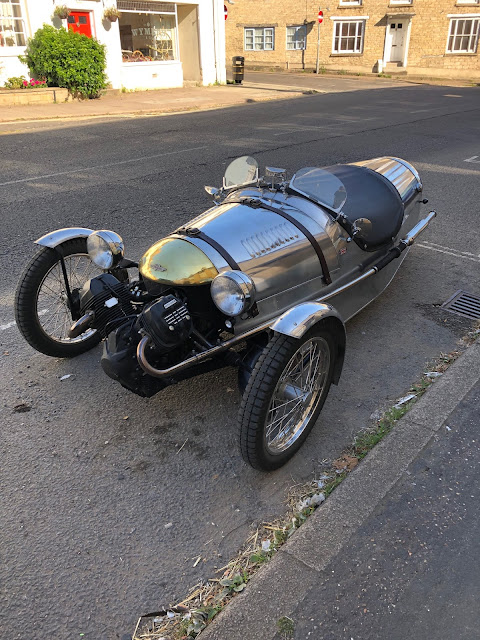 Returning from a quick trip to Waitrose in the morning, I looked up and saw the Moon and the aeroplane's trail in the sky. 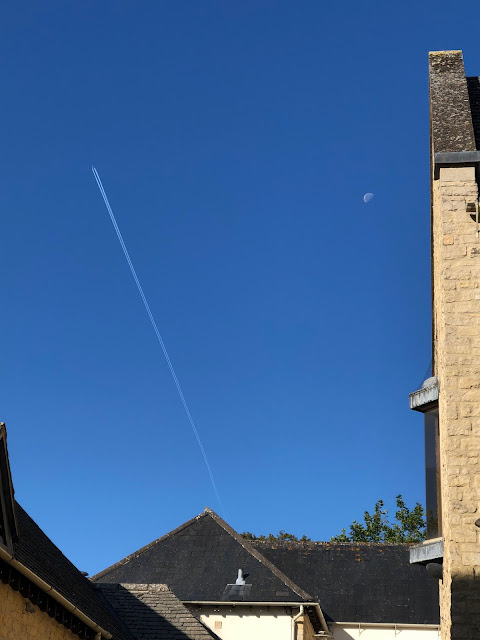 Every other day, when I water the tomatoes in the greenhouse, I bring in a little bowl of cherry tomatoes. September has been so warm, that the tomato plants keep on giving fruit. They taste the sweetest, when picked off from the vine. 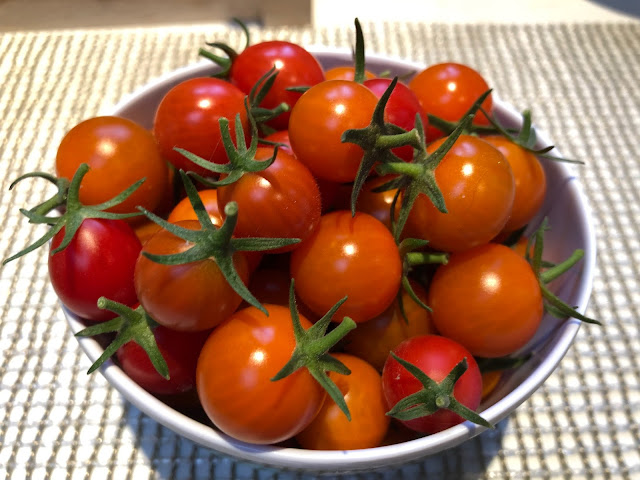 You are invited to the Inlinkz link party!
Click here to enter
Posted by Galina Varese at 20:19:00