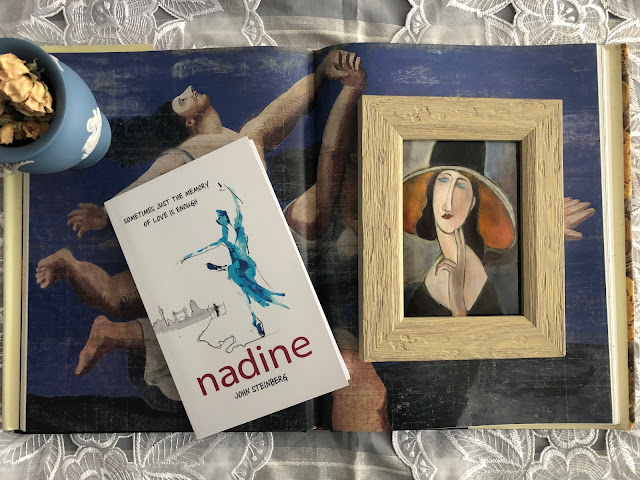 He was in love with the girl, who didn't love him in return: one of the great themes of classical Greek drama...

It's not easy to decide which genre Nadine by John Steinberg belongs to. It's a cross-genre between a contemporary romance, with the historical timeframes going back to the 1970s and even earlier, before WWII, with the elements of crime fiction (there is a subplot of an organised crime group, active in London) and the subgenre of ballet fiction.

We first meet Peter Greenberg, a theatre director, in London, 2012. His career has gone downhill, the latest show had closed early and left him practically bankrupt. While browsing the newspapers, Greenberg's attention is drawn to a headline about the celebrated Broadway director Dominic Langley who's considering a permanent move to the States.

Greenberg cannot put the young man's name out of his mind: "This time, however, creeping slowly into his overburdened heart, the past came to life once again, reminding him of his unfulfilled obligation to the only woman he had ever truly loved. Nadine... Several lifetimes had gone by since he had last thought about Nadine. But nothing would make him forget her, nor the first time he saw her onstage, all those years ago".

We travel back in time to 1974, when Greenberg goes to see his rival's musical and falls in love with an enigmatic dancer in blue - Nadine. Parisian-born talented dancer is a major star of the show. She's extraordinarily gifted, she is in demand, and her career appears to be secure.

Nadine embarks on an affair with the suave Charles, whose "air of superiority is consistent with a British public school education". He's charming and eloquent, and Nadine needs little persuasion, moving into a flat he owns in Chelsea.

When Nadine finds herself pregnant, she doesn't tell Charles, as he claims he wants to give his marriage a second chance. Charles is such a deeply unscrupulous and unpleasant character, that it's difficult to understand what Nadine could see in him.

Nadine is supposed to be an epitome of a free spirit, but she appears as rather self-indulgent, sexually indiscriminate, emotionally immature, fleeting from one relationship to another.

She is a tragic figure, a deeply troubled individual. Her married lover takes a full advantage of her fragile mental condition:
"...Nadine once again had the feeling she was being manipulated, and that the control of her own life was being taken away from her by some sleight of hand".

Yet she's also irresponsible, and as a mother, she has failed her child on all accounts.
"The deep guilt she felt at that moment threatened to tear her apart. How could she have been so selfish as to think that she could be a mother just when it suited her? Although she was loath to admit it, she was no better than her father putting his career above his family".

I couldn't relate or warm up to her.
"She took her medication when she remembered - and when she renewed her prescription. But the truth was that she only felt normal while she was performing, when she could escape into a world of fantasy".

It's an unusual absorbing novel, a nuanced examination of the human nature, with its foibles and strengths. A haunting maze of family ties and secrets, broken trust, unrequited love and distant hope.

Greenberg, Nadine and Charles' lives intersect and impact each other, forming an irregular tragic love triangle.
The story pulls you in, and also gives a fascinating insight into the world of West End show business from the 1970s to the present time.

This review is part of the blog tour for Nadine, check out the following blog stops: 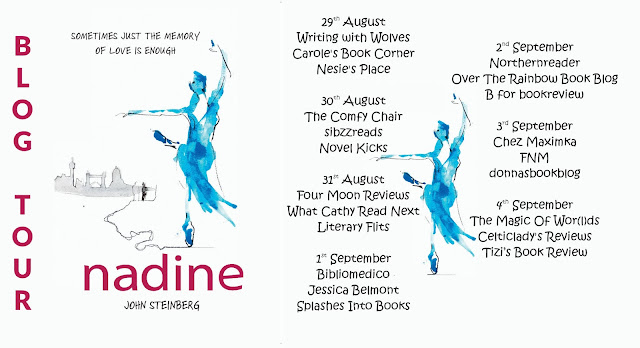 Disclosure: Many thanks to John Steinberg, 2QT Limited and Rachel's Random Resources for my copy of the book! 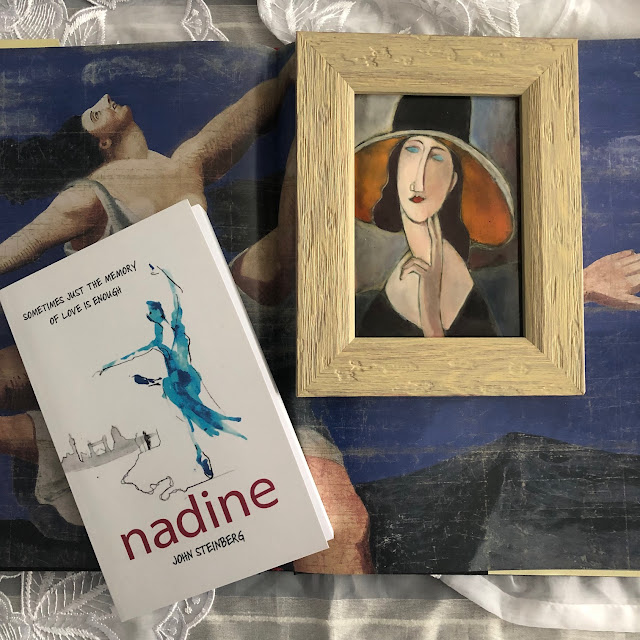