The Suspects by Katharine Johnson #BlogTour 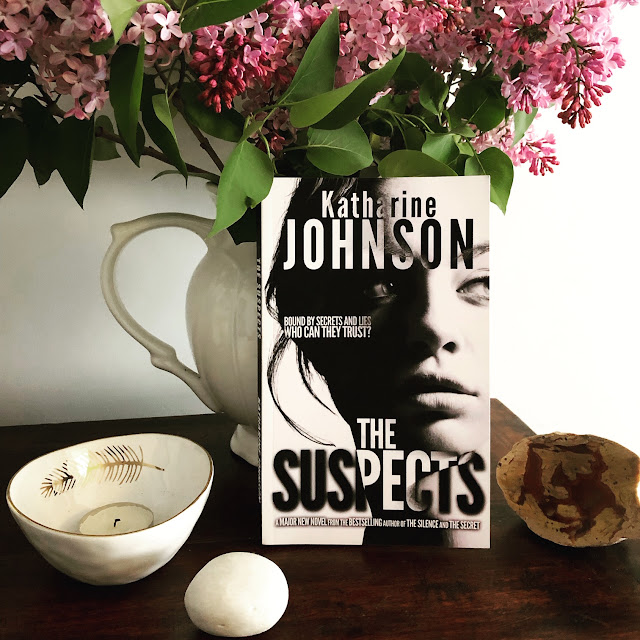 "We weren't bad people, we just made a bad choice. Or at least that's how it started."

The Suspects by Katherine Johnson is a taut, concise and deeply disquieting psychological thriller.

A group of graduates finds themselves embroiled in the immoral decision which will change their lives forever.
Five young people who'd applied for the journalism training scheme, decide to move in together.
They all have secrets from each other.

Emily, the narrator, has epilepsy, which she keeps under control, and doesn't want for the others to know about.

Stuart has a dark past of his own. During the new year's eve party he makes a drunken confession to Emily, only it's so noisy and she's so tipsy, she can hardly hear anything.

Stuart's grandfather dies and leaves him some money. It's enough for a deposit on a flat. He can't afford to buy a whole house on his own, but if he could find enough people to share, they would pay less in mortgage than they are paying in rent.

In principle it sounds sensible and tempting. In reality, Stuart, Zak, Imogen, Xanthe and Emily are not compatible as long term joint tenants/owners.
And then there's Rick, the most annoying boyfriend of Imogen.
The group dynamics is changing dramatically.

It starts with the petty things, and it doesn't take long for five personalities to clash.
But it was the party on New Year's Eve that changes everything.

"None of the stuff that came after would have happened if each of us hadn't already made some bad choices".

The novel starts with a funeral of a young woman named Xanthe. Only she is not actually Xanthe at all, her real name happens to be Charlotte.
She has been the proverbial pain in the posterior all through her life. An attention seeker, thriving on drama, she has reinvented herself and told the most incredible lies about her life (one of her preposterous claims was that her parents died in a plane crash, and her sister is a nun).
I suppose we've all met someone like that - a person who wants to be the centre of attention at any cost.

The narrative moves backwards and forward in time. Set against the backdrop of the late 1980s, the novel weaves the not so distant past with backstories of all the main protagonists, unraveling secrets and painful memories.

As the alarming tale progresses and the deceit deepens, one layer of lies by another, you're racing through the pages.

The novel is so well-written, you're completely absorbed. This psychological thriller is full to bursting with chilling twists and turns.

"We were strong at different times. One of us would be on edge and the others would have to cover for them but we were always aware that one of us could break down and bring things crashing down around us in a moment...
And yet we were bound together by what we'd done. It would always be there between us, this shared knowledge. No one would ever understand me as well as he did because they couldn't be allowed to know everything about me..." 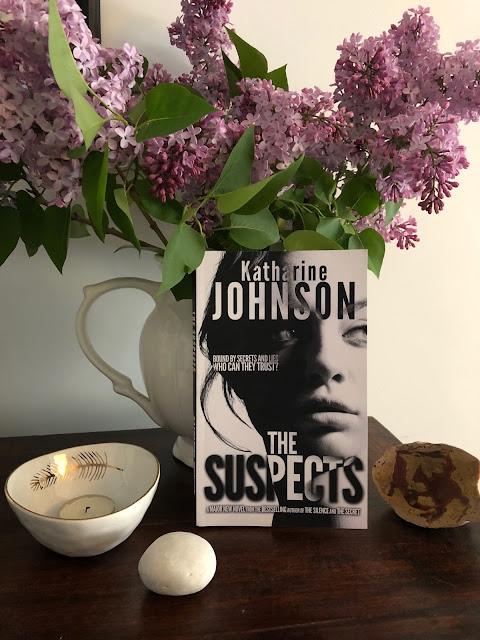 About the author:
Katharine Johnson was born in Bristol and now lives in Berkshire. She's worked as a journalist on lots of magazines and has written a history book about Windsor. When not writing, you'll usually find her with a book in one hand and a coffee in the other, restoring a house in Italy, walking her spaniel or playing netball (though not usually at the same time.)


This review is part of the blog tour. Check out the stops at the following route: 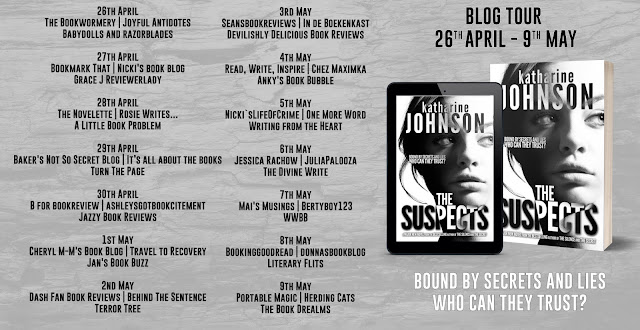 Disclosure: Many thanks to Katharine Johnson and Rachel's Rare Resources for inviting me to take part in the tour. I received a free copy of the book for the purposes of reviewing. All opinions are my own.
Posted by Galina Varese at 00:10:00