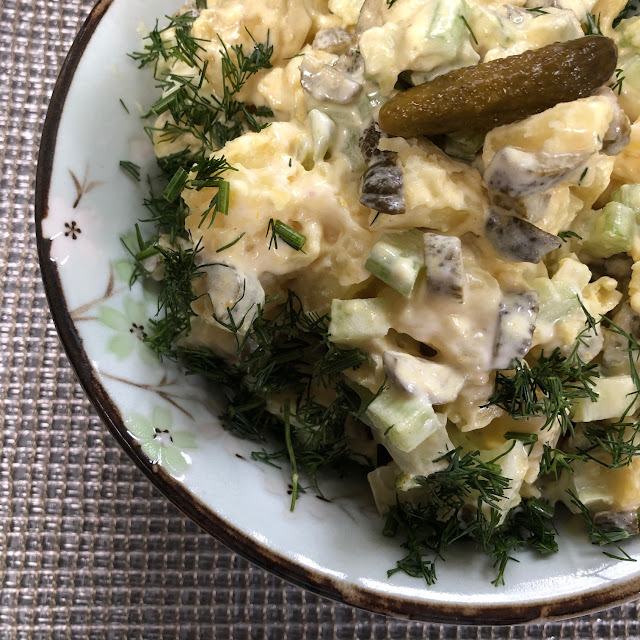 This week (27 May- 2 June 2019) is a BBQ week. Many families will be having casual get-togethers and inviting neighbours and friends. Judging by the frequent smell of the burnt meat wafting indoors, our neighbours have already been firing up their BBQs regularly.
We don't have a BBQ that often, in fact we haven't had any this year so far. But as it's a midterm break, I hope we could have friends over for a casual meal at the weekend.
It will be a mix of meat-eaters, pescatarians and vegetarians.

In this recipe I'm going to use two of the products which were delivered in the latest Degustabox - Kühne whiskey cornichons and a Hellmann's vegan mayo.
None of us are vegans, but I was very curious to try the vegan mayo.
I'm not a fan of vegan cheese (I tried many varieties and was mostly underwhelmed), but I enjoy some of the vegan milk alternatives.
One of the potato salad recipes that I tend to make has eggs, but since I'm making a vegan salad, they were left out. 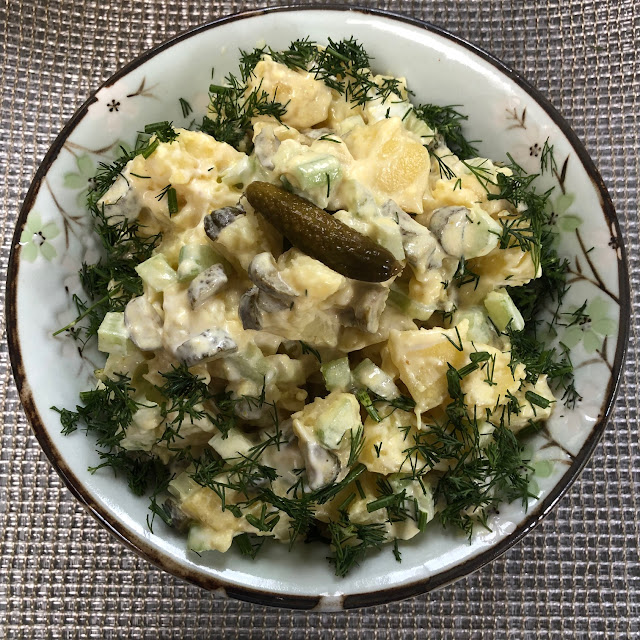 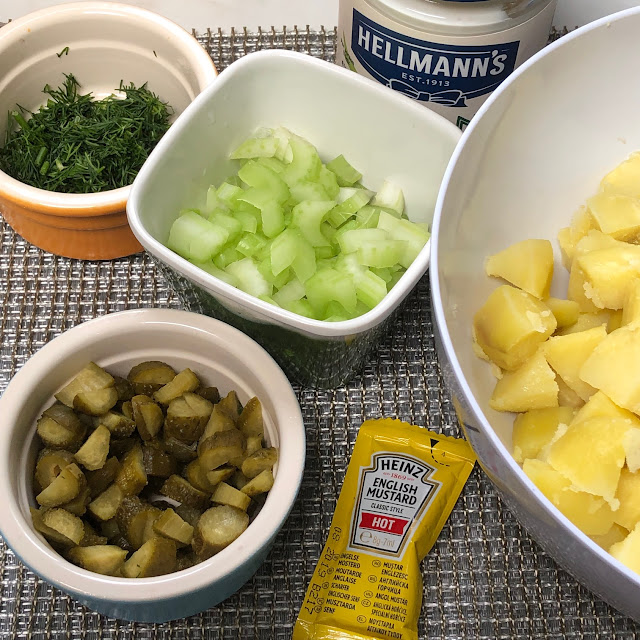 The basic steps for making a potato salad are the same whether it's a vegan or non-vegan version.
Peel and quarter potatoes, and cook them in salted boiling water or steam until soft (but not mushy, don't overcook them). Let them cool down, before chopping into smaller chunks.
Chop the celery stalks and cornichons.
Make the dressing by mixing together mustard, caster sugar, pickle liquid and mayo. If you cooked the potatoes in the steamer, you might want to add salt to the dressing.
Mix the potatoes with celery, cornichons and dressing. Chop some fresh dill and scatter over the top. 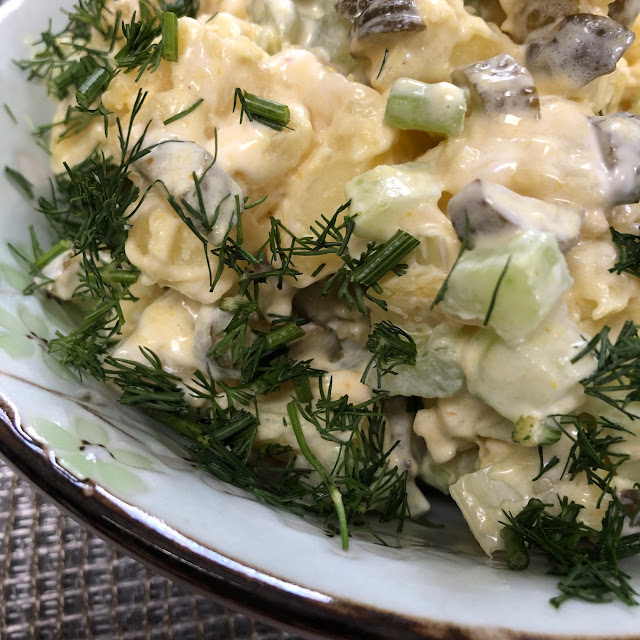 What did we think of Hellmann's vegan mayo? I was pleasantly surprised at how creamy and tasty it is.
It's definitely a perfect alternative to a dairy-based mayo. 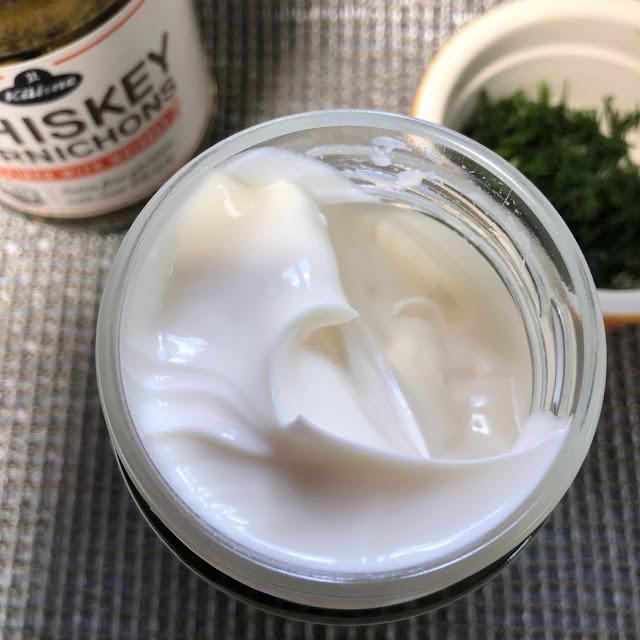 Kühne whiskey cornichons are crunchy and delicious. A lovely treat for all fans of pickles. I haven't tried them before, but I did buy a jar of Kühne gin cornichons recently in Ocado. Both flavours are great. Any dull cheese sandwich will benefit from this tasty addition. 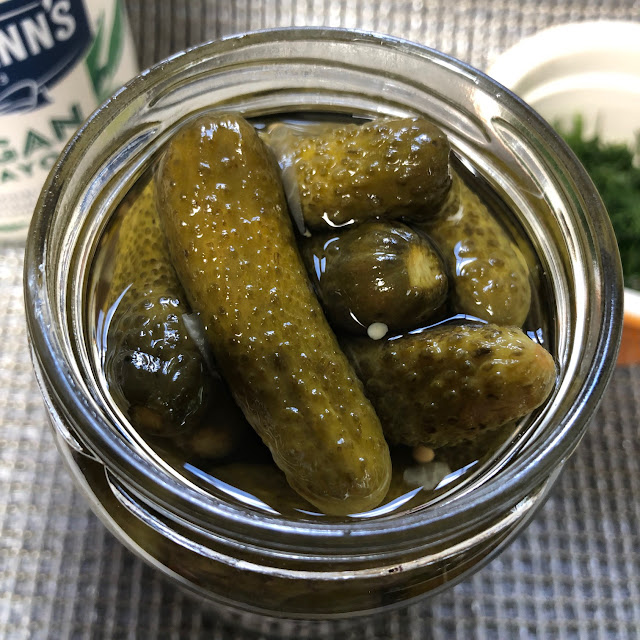 Have you tried this vegan mayo? What did you think?
Posted by Galina Varese at 15:03:00