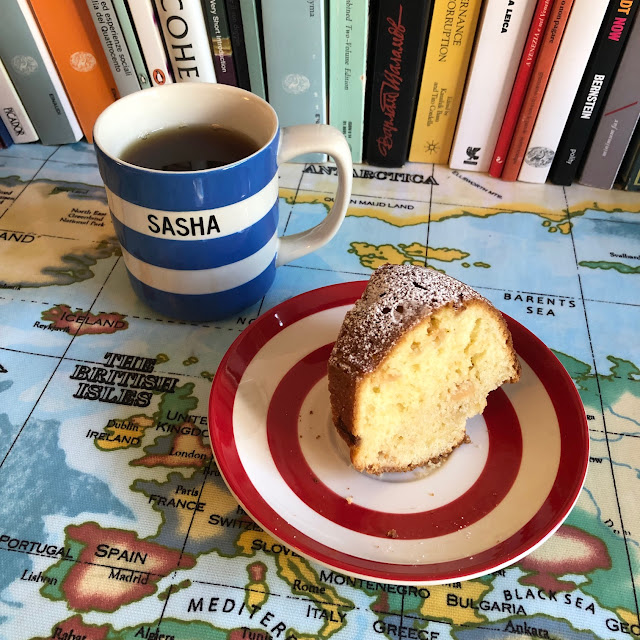 By Monday the boiled fruit cake I baked last Friday was a distant memory. To cheer up my guys after school, I baked a simple semolina cake. I haven't baked it for over a year, if not longer, so had to buy a box of semolina (Whitworth's).

Semolina or manka (aka mannaya krupa) in all guises and disguises is a staple ingredient of many Russian dishes, from a semolina porridge for children (standard in nurseries and primary schools, and typically rather awful) to dumplings for stews and soups, from coating to cutlets to all kinds to cakes and bakes.

If you like random facts about world cuisine, you might have heard of the Guriev kasha, which is a dessert made from semolina, with layers of creamy milk skins, walnuts, vanilla, candied fruit and apricot sauce. It's named after Count Guriev, who was the Minister of finance in the early 19C.
The story tells that Guriev has first tasted this dish at some Mayor's house, loved it so much that he bought the chef (a serf) and his family. The chef's name - Zakhar Kuz'min - was forgotten, while the dessert became known as Guriev's kasha (see V.Kovalev, N.Mogil'nyi, Russkaya Kukhnya, 1990).

There are hundreds of semolina cake (or mannik) recipes on the Russian sites and food forums, each cook has their own "secret" ingredient. The recipe below is very much what we'd cook in the Soviet times (minus the apple rings). 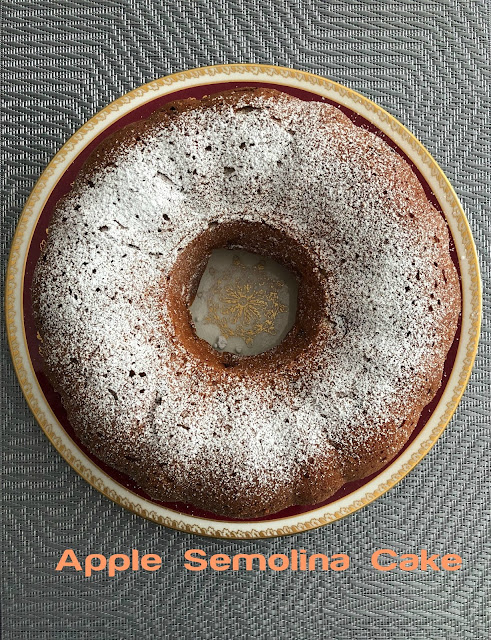 First mix the semolina with kefir (or milk) in a mixing bowl and leave it for half an hour.
Beat in the eggs and sugar, and mix well. Add the lemon zest, sift in the flour (leaving 1tsp to dust the apple pieces), baking powder, and melted butter, mix well.
Slightly dust the chopped apple rings with flour and mix into the cake batter. It will be quite fluffy and thick.
Oil the cake tin with the oil spray of your choice. I like to use the avocado oil spray, as it has a neutral taste, but plain butter will do (that would be more authentic actually).
Scoop the cake batter into the cake tin and place the tin in the oven preheated to 180C.
Bake for 40+ minutes. Check readiness with a wooden toothpick, if it comes out clean, the cake is ready.
Eat warm or cold, slightly dusted with icing sugar.
You could also do a light lemon icing drizzle over the top.

It's a tasty cake, with a fluffy, slightly grainy texture. Perfect with a cup of tea or coffee. 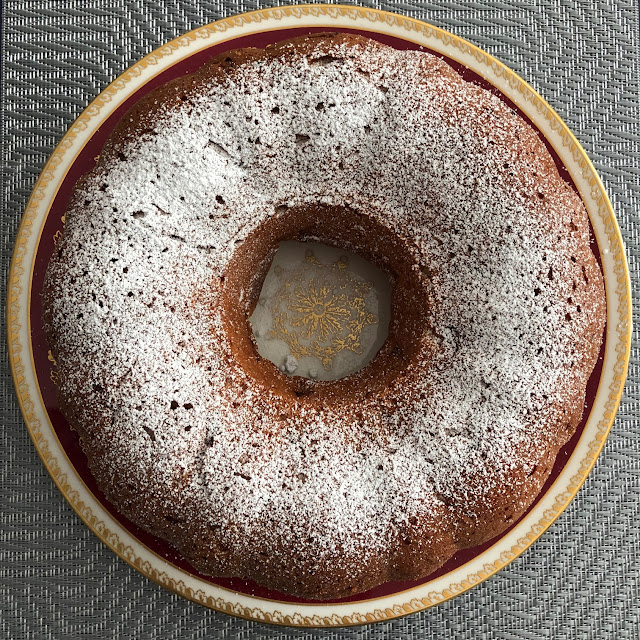 As mentioned above, you could add raisins instead of apples, or grate a carrot. Or leave it plain, without any fruit or veg. 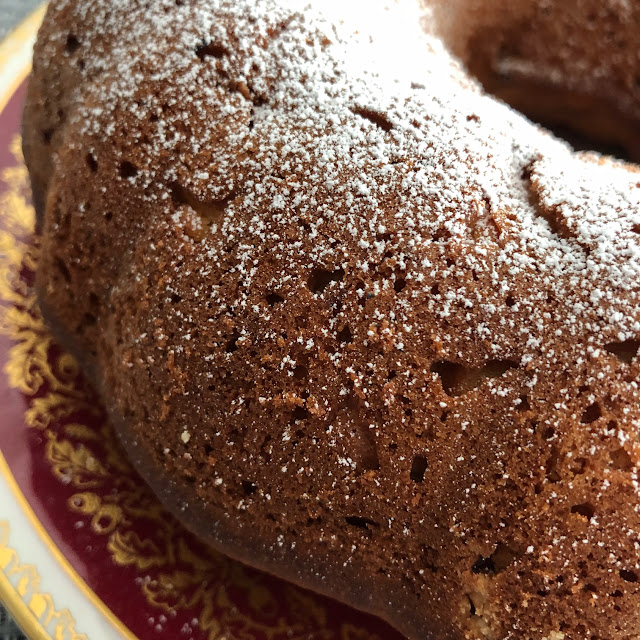 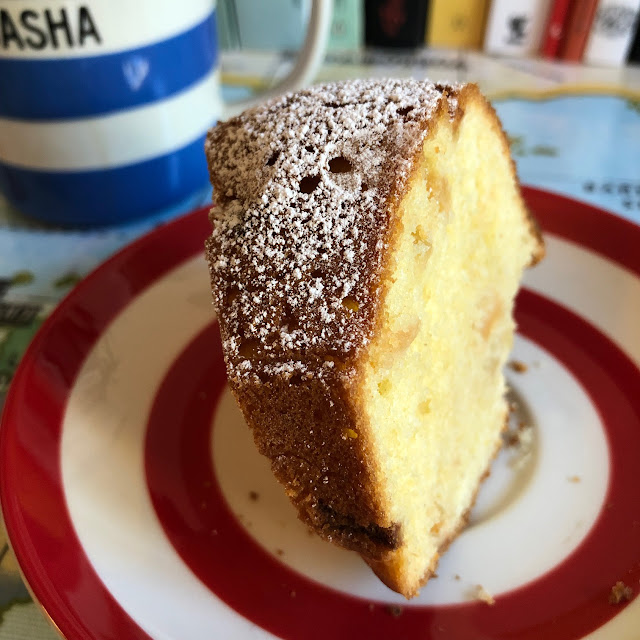 This cake will keep well for a few days, if stored in a tin. 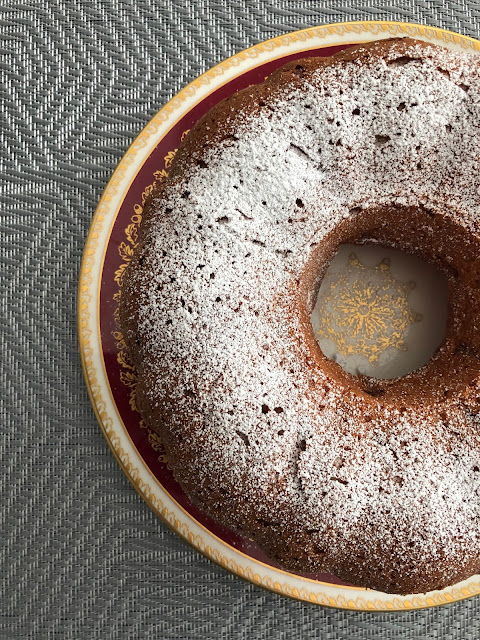