The Curse of Ragman's Hollow by Rhys A Jones #BlogTour 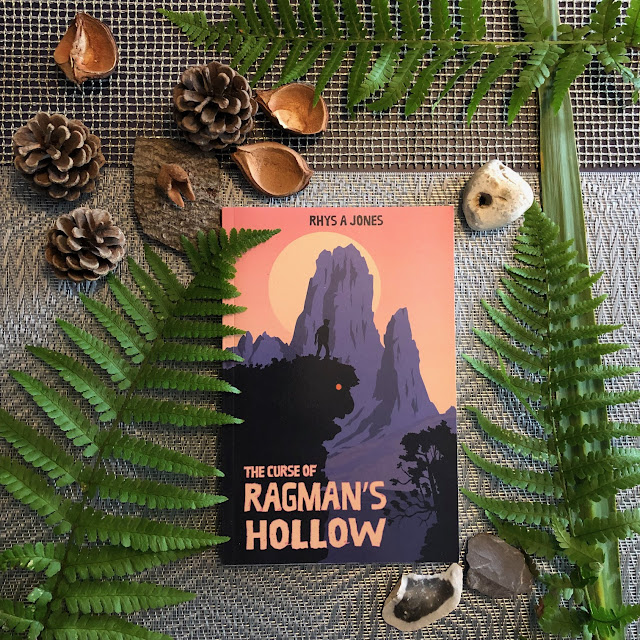 Last year we spent several months, binge-watching Merlin. It is such a fabulous series, and we cannot find anything else to watch as good as Merlin. Following the series, Eddie and I were reading Arthurian legends and looking at the pre-Raphaelite paintings.
Merlin or Myrddin has inspired many medieval as well as modern writers and artists.

Sam, like his Gran, belongs to the Cunning Folk. He's in tune with the old folk traditions and the world of magic.
Sam's grandmother aka Mother Merryweather "was steeped in old lore and ancient wisdom. She was one of the "cunning" folk, whose job was making sure that bad things didn't happen to ordinary people. Sam had learned the hard way that he, too, had the "cunning" and Gran was busy making sure he knew how to use his talents, of which there were quite a few".

Sam's Mum, Arabella, on the other hand, dismisses her mother's skills and abilities as superstitious stuff and nonsense.
One summer day she announces to her son that she has booked a stay in a lovely little cottage in West Wales. And what's more, they would all travel with an unbearable family - Zedrick and Wilma, and their loud bossy mother Hester.
Apparently, Arabella has always wanted to visit Ragman's Hollow, and the cottage is only a few miles away.

Gran is shocked and tries to dissuade this foolhardy decision, but Arabella is adamant: "We will go to Ragman's Hollow and even picnic there to prove, once and for all, just how much nonsense all of this is".

Ragman's Hollow is a scary place. A very long time ago it was inhabited by a wraith, a creature which has no substance and which steals people's souls and keeps them as trophies. This horrible wraith is trapped forever inside the Ragman's Hollow.
That's the place which the locals avoid with a good reason.
And that's where reckless Arabella wants to have her picnic to prove her point.

The Hollinghursts are portrayed as an obnoxious bunch. There are no redeeming qualities in any of them, and it's a mystery as to why Sam's mother would want to spend any time with them. They are all rude, self-centred, egoistic, snobbish and judgmental.

They try to impose their own lifestyle on Sam and his mother, like insisting they all wear shorts, have no gadgets during the trip, eat nettle soup and some revolting vegetable concoctions, have an hour of maths and English before breakfast and much more. For some strange reason, Arabella goes along with the diktat of the ridiculous family.

Sam is outnumbered. And soon he finds himself up against the ancient evil force. He is going to need every ounce of his cunning to fight the evil. Will Sam win a terrifying battle against the creepy wraith?


The Curse of Ragman's Hollow by Rhys A. Jones is the third book in The Merryweathers Mysteries.
We haven't read the previous books, and were slightly confused at the beginning. Despite a mild bafflement in the first chapter, we were glued to the book and totally spellbound.

Brimming with magic and suspence, this fantasy-cum-horror story will sweep you away and keep you on the edge of your seat.
This story is a journey of self-discovery, divided loyalties, companionship and empathy.

This review is part of the blog tour, have a look at the other stops along the way. 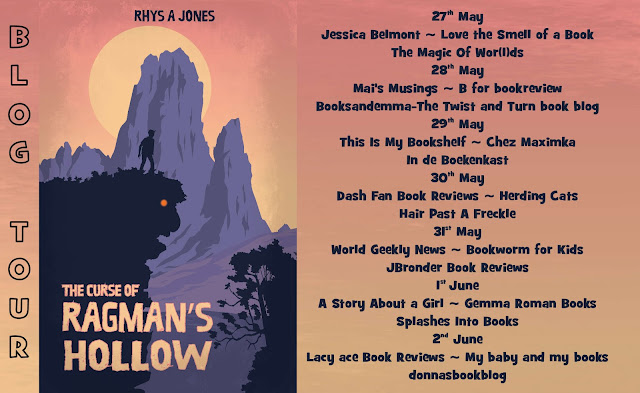 Many thanks to Rhys A. Jones and Rachel's Rare Resources for our copy of the book! 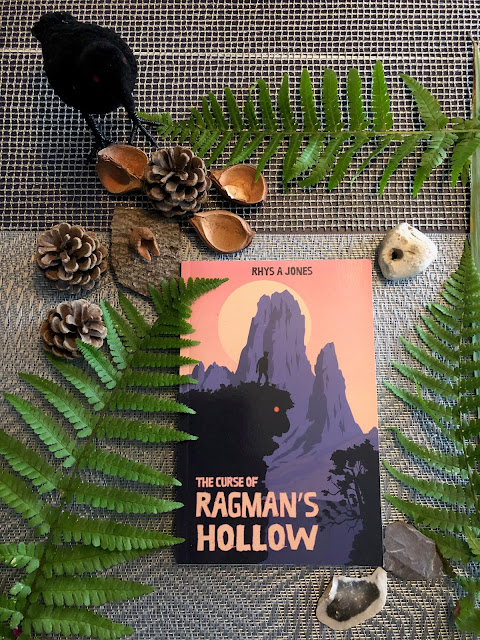