And No Birds Shall Sing by E.A.Clark #BlogTour 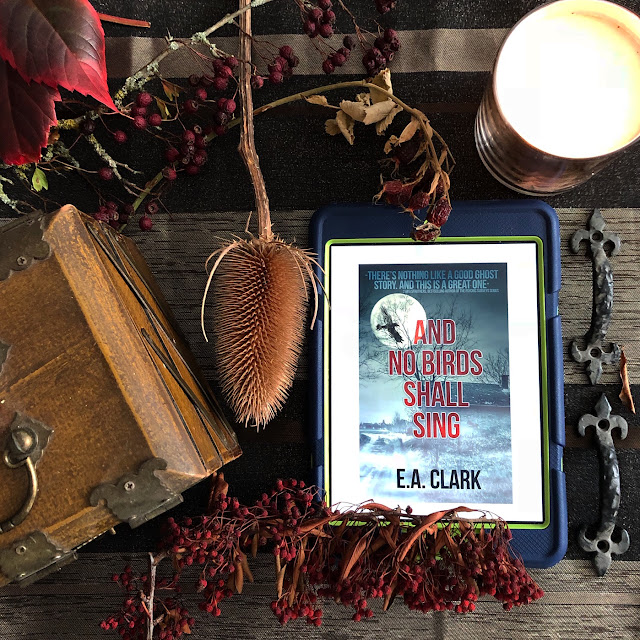 It is never a good idea to read a ghost story at bedtime, because then you're guaranteed not to get much sleep.
I do love a good ghost story. I have a friend who enjoys supernatural stories as much as I do, and we often swap books.
And No Birds Shall Sing by E.A.Clark (published 24 October 2018) appealed to me as soon as I read the blurb that it was set in Oxfordshire. Oxfordshire has a rich tradition of ghost stories, haunted places and restless spirits.

After a series of late miscarriages, Grace Clements is on the brink of an abyss as she attempts suicide. Later eager to escape her past and start anew and heal, she is trying to carve a new life in a location, where nobody knows them or is aware of their tragedies.

Her husband is a talented workman who has many skills needed to renovate an old house in the sleepy Oxfordshire countryside. His enthusiasm for the new family abode is catching.
Grace and especially her disabled daughter believe they would be happy in the remote cottage in what seems like an idyllic location.

The locals are welcoming albeit hesitant to share the stories surrounding the house. Trying to dig up history of the house, Grace learns some very disturbing facts about the past of their new family home.

Soon enough, Grace becomes aware of the menacing presence in the house.

A nearby neglected cemetery uncovers yet another tragic story - nine of the babies born in that house have all perished one by one.

To her shock and dismay, Grace finds herself pregnant. As her pregnancy progresses, so are the manifestations of the evil force in the house become more systematic.
Is the house haunted, or is Grace imagining it in her fragile mental state?

This is a kind of creepy and menacing ghost story that I love to read. A small village where everyone knows everybody's secrets, a remote house with a ghastly past.
The main characters are people to whom you can relate and sympathise.
There is a lot of dark and sad parts, both from Grace's life and the lives of the previous occupants of the haunted house.
The ghost is the evil incarnate in their past life and present existence

As in many ghost stories, the haunted house is one of the main characters. I've just binge-watched The haunting of Hill House on Netflix, with the similar dark themes of the house which has its own agenda, sinister motivations.
In the book the house - which is also a project of renovation - is praying on the main female protagonist's mind, drawing her into the abyss of fear and despair.

The house becomes the battlefield. The feeling of uneasiness and eerie occurrences become darker and darker, escalating into the Gothic horror as the story progresses. 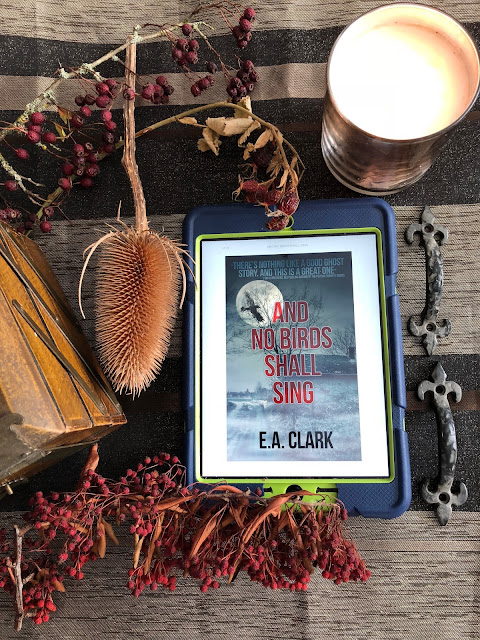 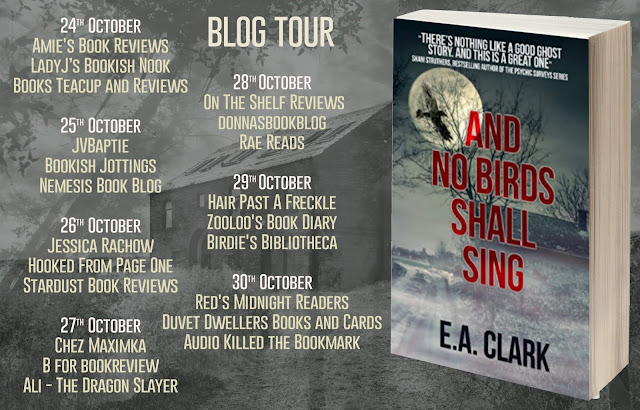 Many thanks to Rachel's Random Resources for sending me an e-copy of the book for the purposes of reviewing.
Posted by Galina Varese at 00:15:00