It's Halloween on Wednesday. Are you ready to party?

I will carve a pumpkin tomorrow, and might do some fun themed bakes for my boys, but otherwise we don't do much. We don't go trick or treating, as most of our neighbours are pensioners who would be chasing you with broomsticks if you dared knocking on their door for treats.

To get you in the festive mood, I have a few fabulous cocktail inspiration ideas for your delectation. 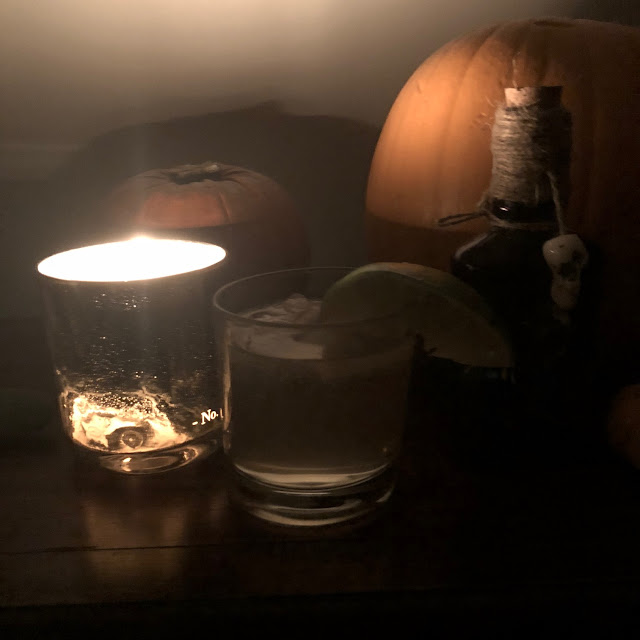 Quench a deadly thirst with a classic Dark and Stormy.
You will need 50ml Dark aged rum, 120ml Ginger beer, 5ml freshly squeezed lime juice and ice cubes.
I had a bottle of Supermalt Ginger beer, thanks to the latest Degustabox delivery, as well as a leaflet with three cocktail recipes. Dark and Stormy sounded like a great match for the season.
The rum I used in the cocktail is a spicy rum rather than dark, but it is still a tasty combination, albeit rather strong. 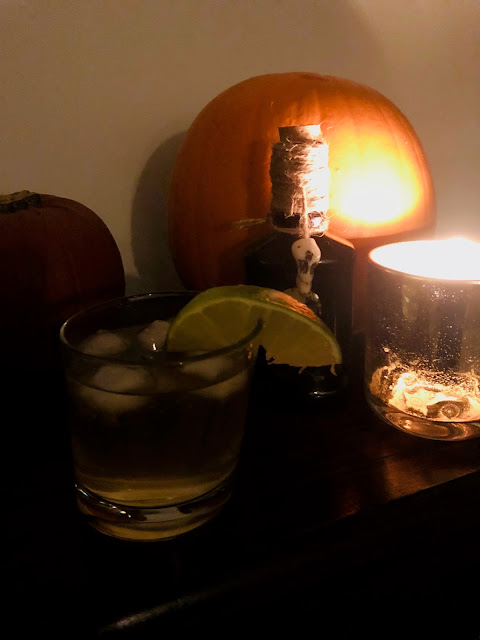 Royal Lancaster London is brewing some special magical potions this year in preparation for Halloween. If you dare, try Royal Lancaster London's cocktails specially created for this spooky season.
Following a mega £85 million renovation - or re-"vamp" - the hotel is thrilled to be serving these delicious and spooky cocktails.

Devil Daiquiri and Witch Margarita are priced at £15 and served in both Hyde Bar and Park Lounge Bar at the hotel. However, if you are not able to visit London at Halloween, you might want to recreate these colourful cocktails.

And here are two more Halloween cocktail recipes created by Head Mixologist for Mothership Group, Chris McGovern.
Slayers Sour with blood orange was available at The Book Club for The Buffy The Vampire party.

Method : build
1. Fill rocks glass fully with ice.
2. Add Mint Sprig
3. Add Rum & Cointreau, then serve with the medicine bottle filled with a mixture of the above ingredients.

Be brave - try something new this Halloween!