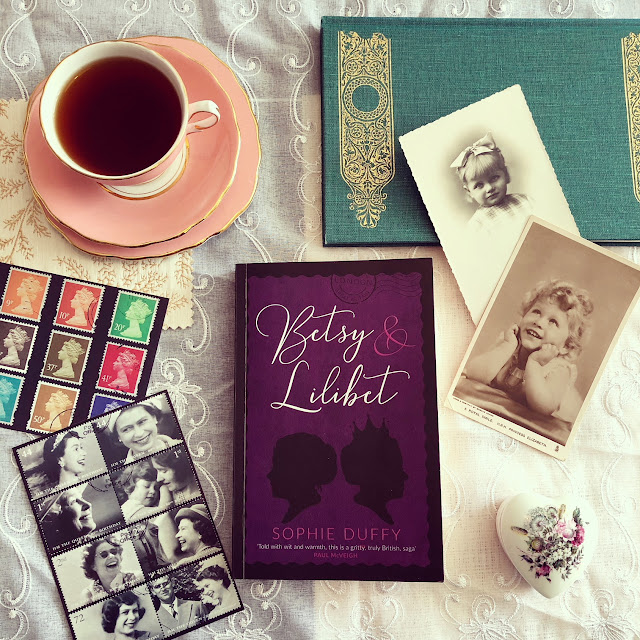 "Every life has some kind of depth, sadness, and moments of extraordinary wonder that should be marked and noted. Don't defy an old person by their last few years... They've had a whole lifetime before then. They were once a baby, a child, a teen, a sweetheart, a wife, a husband, a driver of ambulances in the war. Life and Death, they're connected".
Betsy Sunshine is in a nursing home on the south coast, with plenty of time to ponder on her life.

Born 90 years earlier on the same day as Princess Elizabeth, their lives couldn't be more different. The Princess will become one of the most iconic and celebrated figures of the 20 and 21st century and will wear the crown.

Betsy is from a completely different world, born into the dynasty of the undertakers. Their lives seem to run in parallel, but surprisingly intersect several times.

Betsy & Lilibet by Sophie Duffy is a fine portrayal of social history.

Raphael Samuel wrote once on the social history (see History Today, March 1985) that it "touches on, and arguably helps to focus, major issues of public debate, as for example on British national character or the nature of family life. It mobilises popular enthusiasm and engages popular passions". This quote applies perfectly to Betsy & Lilibet.

Through lives of ordinary people like Betsy and her family, we get a deep insight into the quintessential British character.

The Queen is more of a symbol rather than the main character of the book, in this sense the title is slightly misleading. Yes, she is always in the background, and we see plenty of quotes from her inspiring speeches. She appears in short but memorable - and amusing - cameos several times.

But it's Betsy who takes the central stage. Betsy who grows up, surrounded by death.
We watch her mature into a defiant and responsible person during the times of the WWII. The scenes of the London bombing are harrowing.
"I don't get blasé about the war as such, just immune to the inevitability. If you are in the wrong place at the wrong time, there's nothing you can do about it. So I stop worrying about what might happen and get on with it..."
As the elder daughter in the family without sons, Betsy's father relies on her to come into business with him.
The undertakers' business and traditions are described in great detail, and it's is a fascinating read.

Betsy's sister Margie is a trouble with a capital T. Unlike her elder sister, she is a free spirit who doesn't want to conform, and who wants to enjoy every minute of her life.

And there is Janet, a close friend and part of the Sunshine household after her own family is killed during the bombing. Two of them will have an everlasting bond, based on secrets and lies, but also love and forgiveness.

As an old lady, Betsy is a bit of a harridan. She decides that she doesn't want to be polite any longer and is very direct. Yet she is very open-minded for a person of her generation. It's as if working with death has taught her to appreciate and celebrate our differences and foibles.

This novel is beautifully written. There are enough poignant moments in this book which will make your eyes well up, but you will also chuckle at Betsy's forwardness and high spirits.

It reminded me of my dearest friend Anne who was also born in 1926. Unlike Betsy she came from a more privileged background and had chosen a different profession. I knew her for over 20 years, and she was not just my friend but my family. She was open-minded and highly intelligent. A devoted Monarchist, she voted Lib Dem, and was generous to the extreme, supporting many charities and helping friends. I think she would have enjoyed this book very much.


Many thanks to Legend Press for sending me the copy of the book for the purposes of reviewing. 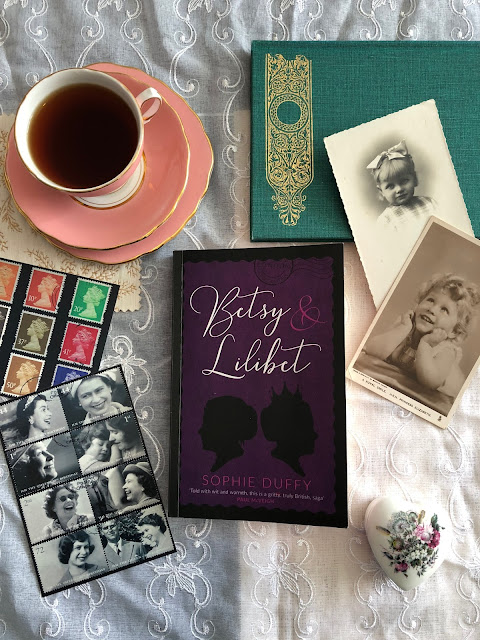 Slightly digressing from the book - when styling the book for a blog photo, I have spread around a few of the post cards from my collection. The post card with a young smiley Princess Elizabeth was tucked into an old book on the British monarchy I bought in a charity shop. The card was posted in November 1929 and reads "Dear aunty, I left my oil painting on the bed, please bring it along Sunday. Don't be late. Love to Gran, Mickey" I'd love to know who Mickey was, and what was that about the oil painting. Fascinating.

My review is part of the Blog tour. You can see all the stops of the tour below. 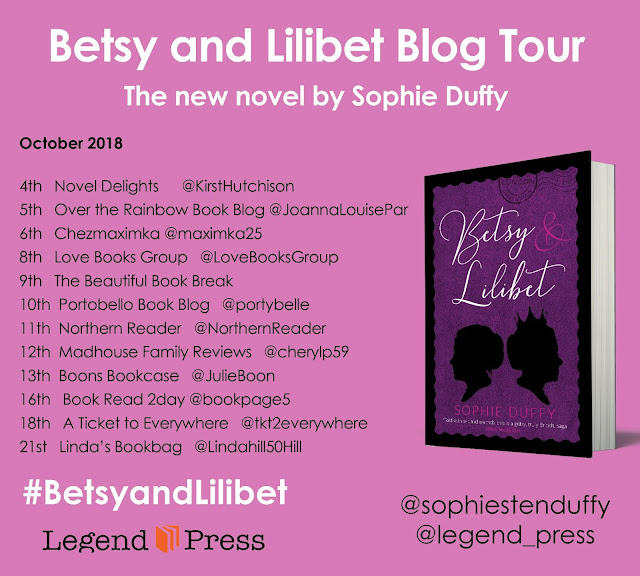