October is coming to an end, with a mix of golden warm days and rather chilly mornings. This morning we woke up to a layer of frost on the slate roof. Yesterday there was a burst of fierce rain which hit ground with great force, then as if changing its mind, it got sunny again, with bright blue skies.
Last Sunday Eddie and I went to see Goosebumps 2. We loved the first film, and though Eddie though it was as good, I found the 2nd film a bit disappointing and not as creative.
We walked home through back lanes, looking at all the glorious golds and yellows. 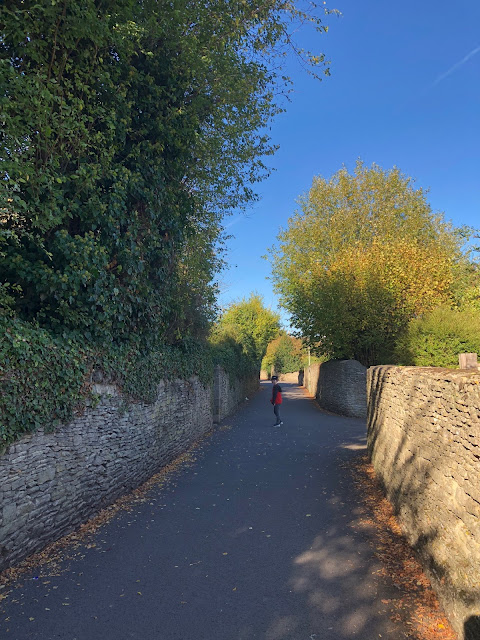 I've been picking some of the hawthorn branches with berries for my "art installation" in the entrance room, and also added some other dried bits for an extra autumnal touch. 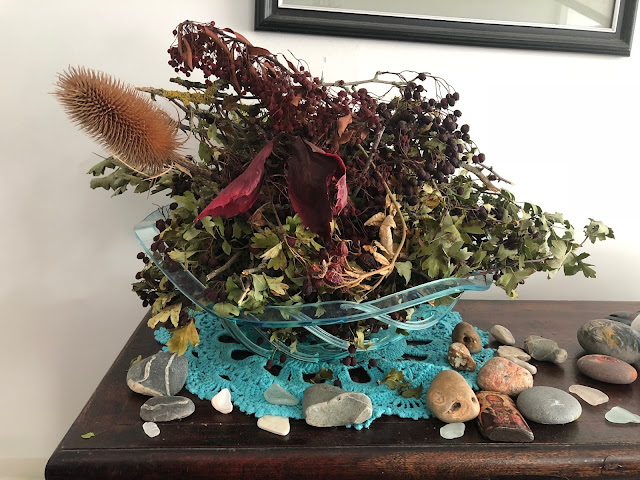 Tuesday was much anticipated by both Eddie and myself. Our local Waterstones arranged a Harry Potter-themed party, inviting everyone to come dressed up as their favourite characters.
We bought this Harry Potter costume earlier this autumn, and it was the right time to show it to the "world".
The party was lovely, with a Beast quest, where you had to find a dozen of fantastic beasts' images through the store and mark them off on the piece of paper.
There was a drawing competition, where you had to create your own fantastic beast, name it, tell where it lives and what it does.
To our total surprise, Eddie's monster won, and he was offered a choice of Hogwarts school badges. Obviously, he opted for Gryffindor. 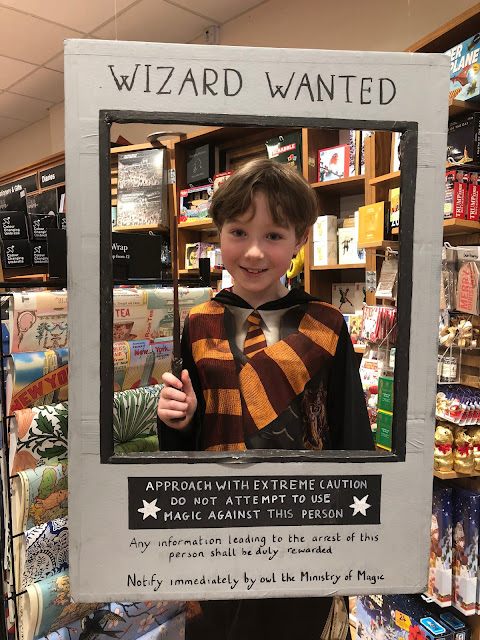 On Wednesday I had a very nervy kind of day. My Mum was flying from Moscow to visit us. She was very poorly earlier this year, has been in hospital, and basically nearly died.
She cancelled her trip twice, and we were not sure if it was wise for her travel at all.
She arrived safely, thanks goodness.
To calm my nerves, I baked cookies and had one cup of tea after another. I looked at the small stash of books I bought recently, deciding which one to start. I've opted for Hallowdene as it feels like the right kind of book for pre-Halloween reading. 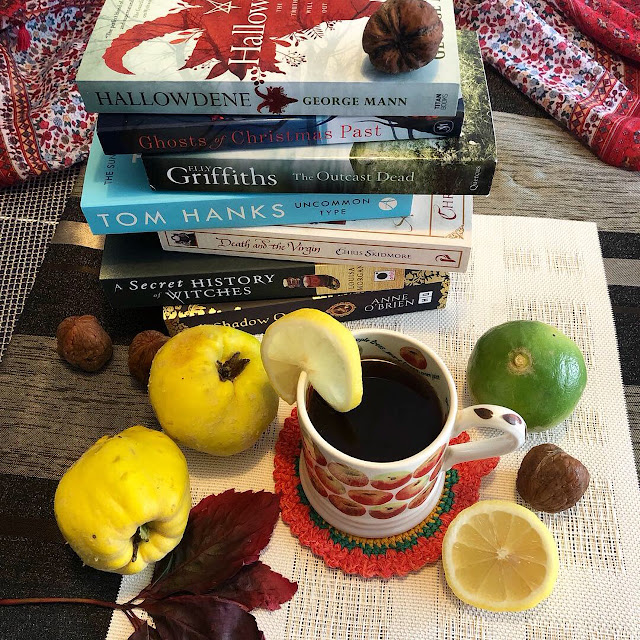 On Thursday Mum and I were catching up on everything, and I didn't take any photos, so the next two pictures are both from Friday.
Our Waterstones hosted another party on Friday, this time a pre-Halloween one. While the Harry Potter party was well-attended, for some reason the Halloween party was less popular. In fact, when we arrived, Eddie was the only child who attending.
This time he wanted to be Newt Scamander, to continue with the magic and wizards theme. I crafted a waistcoat from my husband's old corduroy trousers, and the dinner jacket is another one Eddie's Dad's old things. 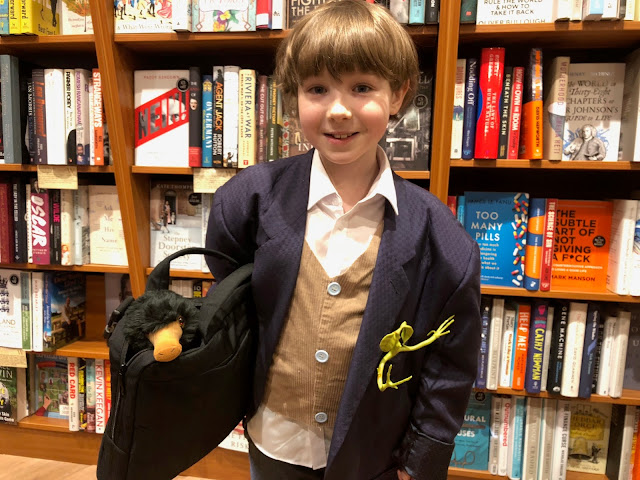 They did another quest in the bookshop, and an arty project with paper plates.
Eddie did a Trump portrait as a pumpkin. And as they have a fab Trumpkin in the window, they also put Eddie's drawing on display.
Needless to say, my child is super thrilled. 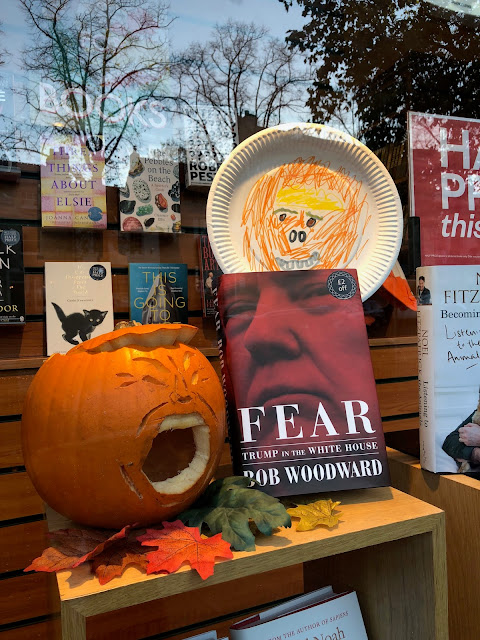 Today we had a quick trip to the supermarket and passed by one of the travel agencies in town, where Eddie spotted a selection of Halloween cupcakes for some fundraising event. Of course, we had to pop in and buy a couple. 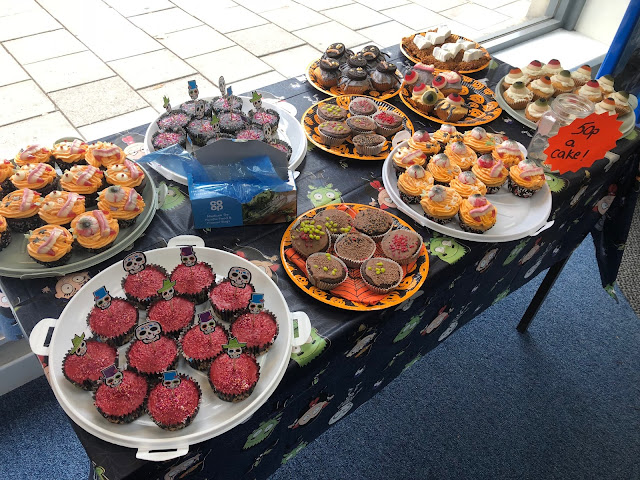