We reached mid-autumn with a mix of grey rainy and sunny days. Earlier this week I had to put the heating on in the mornings, while today was a very warm day, with blue sky and beautiful palette of yellow, red and ochre of the leaves.
We're on mid-term break, and it was much needed after a stressful first half term and trying to settle in.
My comedian Eddie decided to wear several of my hats as well as goggles. MadHatter Eddie. 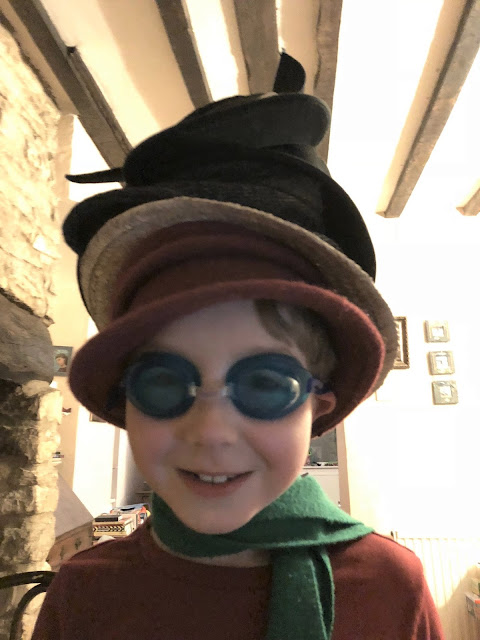 On Monday Sasha was staying at his residential place overnight, and Eddie and I went to the cinema at 5pm to watch Johnny English 3. It had bad reviews, but don't be put off by them, it was actually funnier than I expected.
It's not a sophisticated film, but then you wouldn't expect that of Johnny English anyway. I've been reading online about the ladybirds that there is an influx of them at the moment. Apparently they have STDs, now that's something I never knew. This could be a totally innocent ladybird. 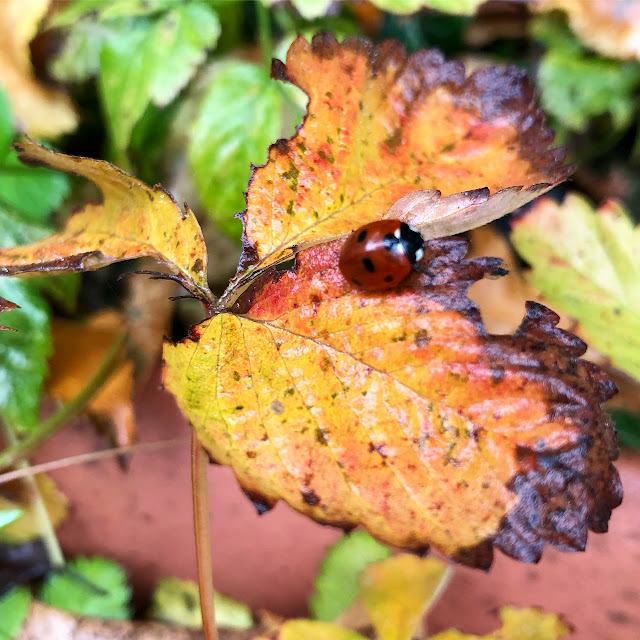 On Wednesday I visited the Polish deli and couldn't resist buying a big slice of soured cream jelly cake.
My boys enjoyed this wobbly cake. 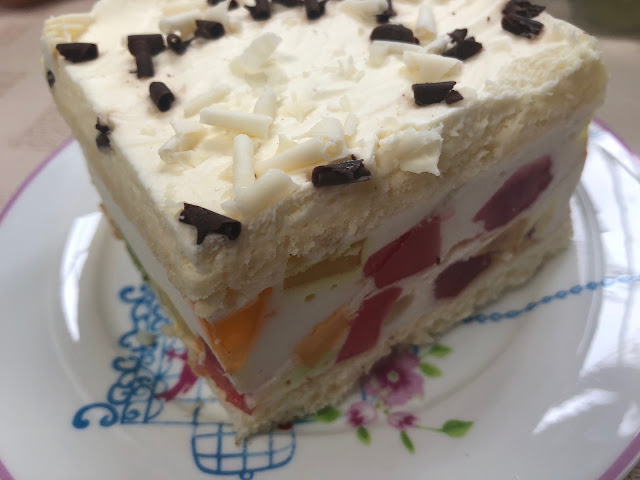 I've been waiting for Matt Haig's latest book The truth pixie, and being pestering our local Waterstone's, asking every day if it's out yet. I pre-ordered it and bought my copy, then was pretty peeved with myself, as it was at half price on amazon. 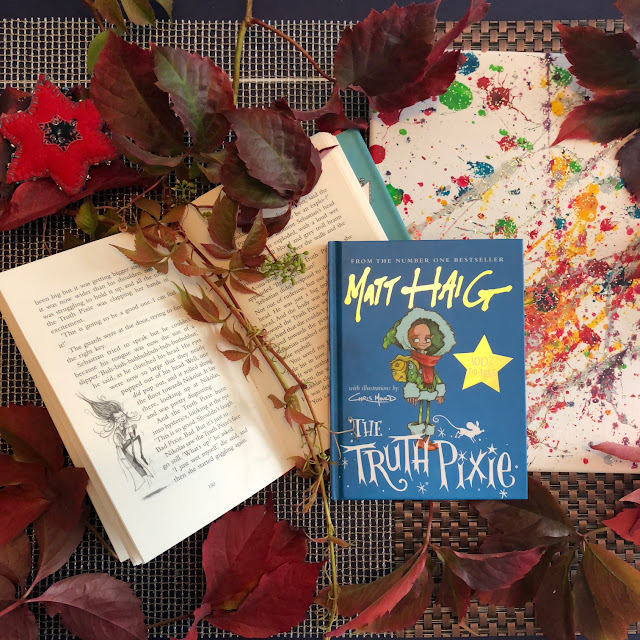 Eddie's school had an Inset day on Friday, while Sasha's didn't. Once Sasha left in his school transport, Eddie and I went into town to have breakfast at Bill's. We haven't been there before.
The pancakes with berries ans syrup were lovely. And I got a huge pot of tea. 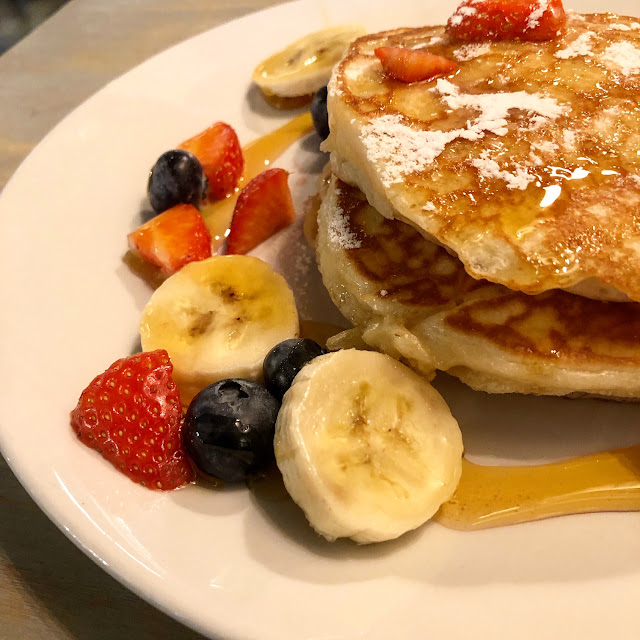 Today we wandered from shop to shop, looking at Christmas gifts. I usually buy Christmas jumpers for Eddie and myself, but we didn't see any that we liked. My last year's jumper is still quite all right, though I have been wearing it a lot, including taking it to Cornwall in August.
I had a 20% off voucher for M&S, and we bought a Star Wars bathrobe, as his old Spiderman one is way too short for him now. 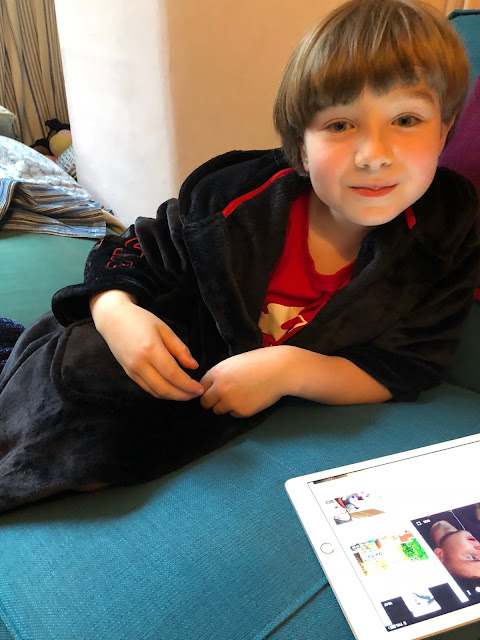