Where did September go? Whoosh, and it will be done and dusted the day after tomorrow.
Back to school for us was pretty stressful, and there were days last month when I felt completely losing it.
The last week was also a mixed bag. Eddie was off school for three days with a stomach bug, so some of my plans were put on hold.
On Sunday Eddie attended his Messy Mass, a service which was hosted by children. Eddie had a part to perform too, and as one of the children didn't attend due to being sick, he was asked to read the prayer. He was a crucifer and carried a cross (he said it was heavy).
I didn't attend the service, as I stayed at home with Sasha, but my husband said Eddie did a great job, and many people came after the service to praise him and comment on how good he was. So, I'm very proud, as I know he's quite shy in public, and it took him a lot of courage to take part.
We recently read The girl who walked on air about a girl performing in the circus, and I reminded him of the advice Louie gave herself - not to look at the whole vast audience as it could unnerve you, but find one face in the audience, look at that person and perform for that person. Looks like this advice worked for Eddie.
Sunday evening - hot chocolate with cream and marshmallows. 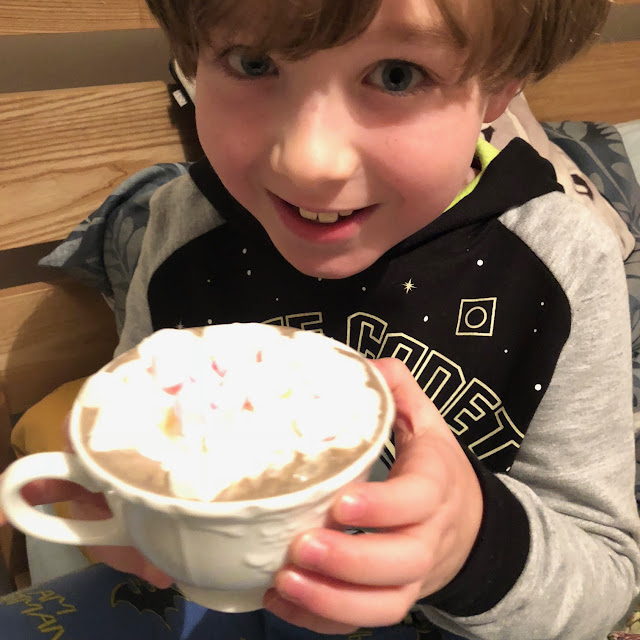 On Monday morning Eddie complained of a tummy ache, and he got so unwell, I kept him at home.
After a rotten morning, he felt a bit better and was busy building a Viking longboat from LEGO. We've seen a similar, more complicated design in one of LEGO books, but there were no instructions. I emailed the LEGO and asked if they could give us the instructions. They replied, saying the book was just for inspiration. Thanks for nothing, LEGO.
Eddie did a good job though, I think. 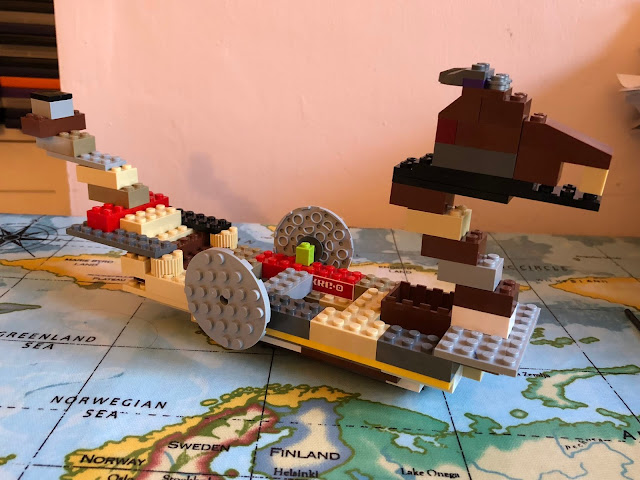 Sunny day, and rosehips in the garden... 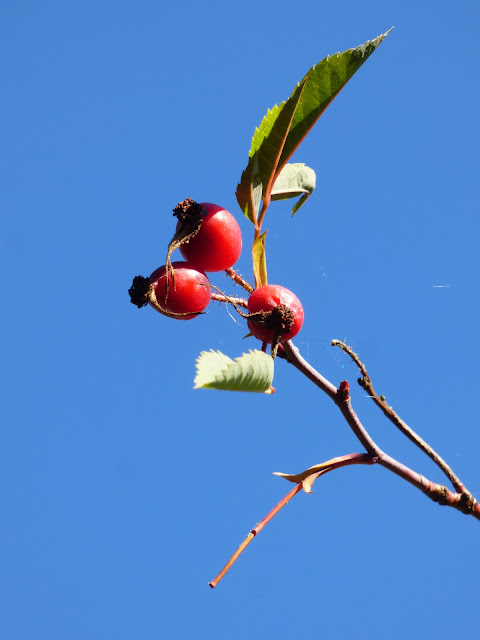 Early morning sky with criss-crossed patterns - spotted on the way to school. 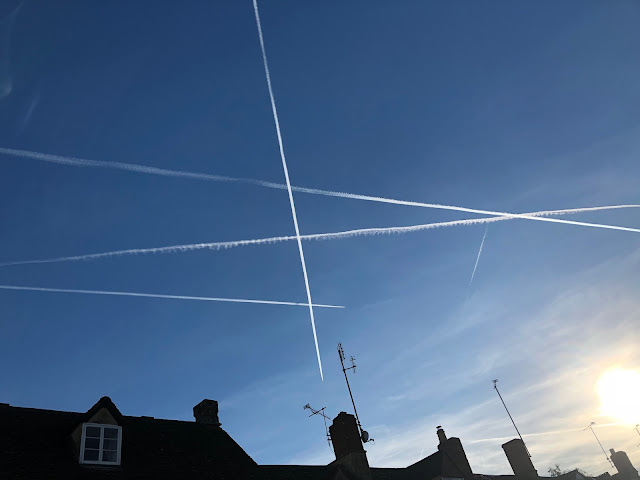 On Thursday Eddie stayed in school for a chess club. When he was leaving, we looked up at the sky and saw this sword. We've been watching Merlin for the last few weeks, so probably see swords and magic everywhere. 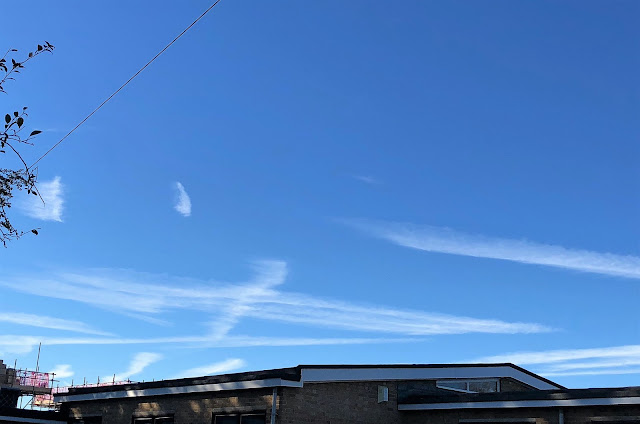 Friday night was abysmal, as Eddie got very ill in the night. Looks like his stomach bug was back with vengeance.
I've been picking apples in the garden, and saw this bunch of crocuses. Totally the wrong season for them. 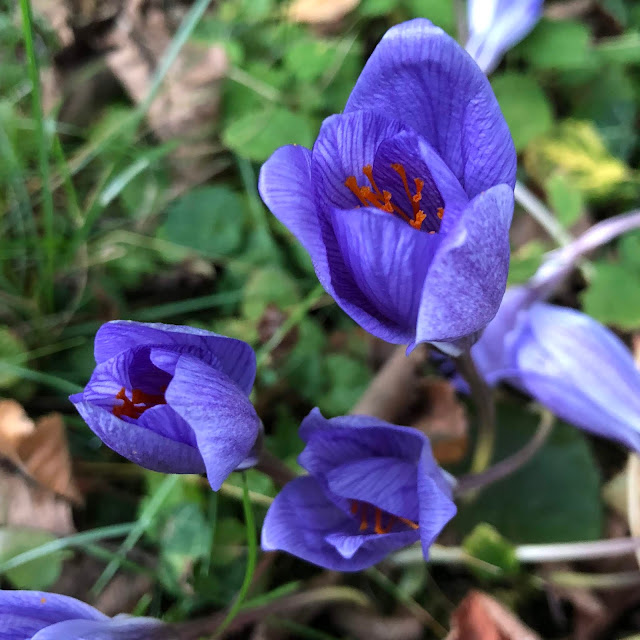 We didn't go swimming today after all, as Eddie is still not entirely well, and I was tired after a sleepless night. But we did go to Sainsbury's, and brought home a Harry Potter outfit for Eddie. It comes with a few bits including a wand, but the wand is made of very cheap-looking plastic and looks nothing like HP's wand. Eddie has a "proper" wand which we bought in Waterstone's earlier this summer. 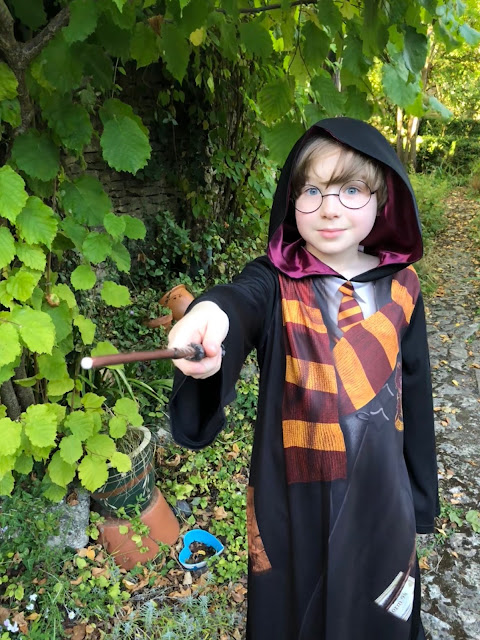