Her name was Rose by Claire Allan 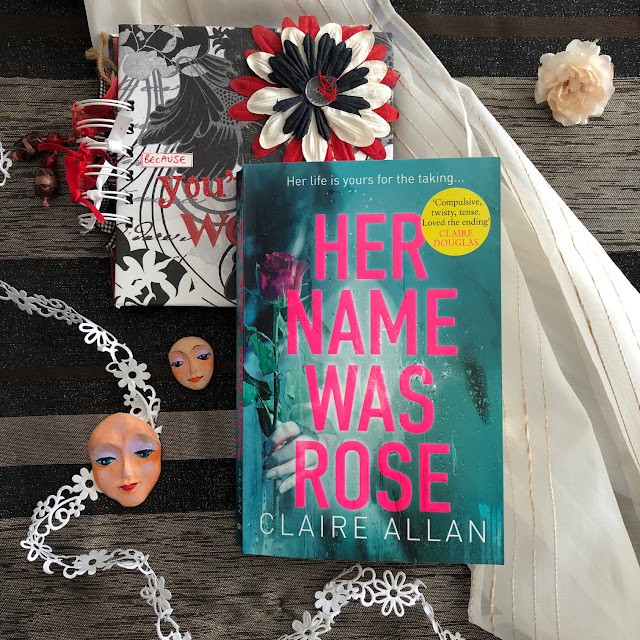 Her name was Rose by Claire Allan has been promoted on social media as the must-read summer psychological thriller. The hashtags on Insta and Twitter were trending. Marian Keyes called it amazing.
I was delighted to win a copy of the book in the Instagram giveaway. If I didn't win, I'm sure I'd have bought it after seeing all the hype on social media. There are over 500 posts on Insta with hashtag #hernamewasrose.

The novel starts with a gruesome scene of a young mother being run over. Emily who was just a few steps behind the victim, is convinced the hit-and-run was meant for her. After splitting up with an abusive boyfriend several years before, she is paranoid about him taking revenge on her.
Shocked, Emily flees the scene, without informing the police that she was a witness.

Once the news hit the tabloids and social media, Emily feels drawn into the drama. She easily finds the Facebook page of the killed mother and becomes obsessed with the minutae of Rose's everyday life. She studies her photos, she reads the condolences written by her friends and husband. She becomes a morbid voyeur, and even attends the funeral of the woman whom she never knew.

Rose's online persona seems like a shining star of perfection: a beautiful home, a handsome husband and a very cute baby. All beaming smiles and sickly-sweet hashtags #feelingblessed and all that.

Maybe we were supposed to feel sympathy for Emily who has mental health issues, but I found her so annoying, that I'm afraid my compassion for her was spread very thinly. Her stalkerish obsession with Rose and her "perfect" family is bordering on criminal.
You have to be extremely immature to take everything you see online at face value.

Digressing from the book, just the other day I wasted time on reading a long thread on Twitter about an unrealistic portrayal of a morning routine by one of the London-based Instagrammers. You know, people who call themselves Influencers. The lady in question was sitting on a bed, covered with a bedspread with her own portrait, with framed pictures, standing precariously on the bed. There were lots of helium balloons, a stack of odd pancakes (many people made fun of them, saying they were Mexican flatbreads), and the most ridiculous placement of the Listerine bottle on the bedside table. The Twitter people were merciless. And while quite amusing to read, I just don't quite see what's all the hullabaloo is about. Nobody surely is that naive not to realise that most of Insta photos are staged. And why would you feel inadequate or insecure just because someone's bedroom on Insta looks like that?
Just because I have a mountain of paperbacks as tall as me on the little table, with packs of antacids, some cosmetics and an ipad, next to me, with a big poster of Angry Birds (thank you, Eddie) above the bed, occasional Lego on the carpet and not a single helium balloon in sight, I am not going to feel inadequate because someone made an effort to stage a photo shoot. Of course, my bedroom is not very exciting, unless you count an adventure with mice earlier in summer.
But enough of the Insta artifice and guile.

Let's go back to Rose, Emily and all.

Having escaped an abusive relationship, Emily is very needy and insecure, understandably so, but her desire to ingratiate herself with everyone in her new stage of life is distasteful.

Trying to become a substitute for Rose, in her mistaken belief, more perfect than the original, she even presumes to judge Rose as a mother, without having an ounce of evidence.
Some people are like that, delusional, and would convince themselves of the other's imagined sins. She asks herself, while holding baby Jack in her arms: "If she appreciated him - or did she ever lose her temper? Did she ever get cross when she hadn't had enough sleep and he was cutting teeth? Did she ever look at the stretch marks on her body and think they looked horrid?... Did she ever, even for a moment, regret becoming a mother or wish she could turn back time?" That's rich, coming from a woman who's never had a baby, and only babysat the overall placid toddler once in her life.

Emily is a pathological liar, and her credibility is under question. She is jealous of the dead woman and her supposedly perfect life.

The scenes of domestic violence give an insight in the mind of the abused women, who are vulnerable and who find excuses for their brutal partners. Reading accounts of domestic violence, it is horrifying how easy it is for some people to be manipulative and make you believe it's all your fault somehow, that you make them do that, you push them to behave like that.
The book addresses this and other dark issues.

The plot development was rather predictable, though had an unexpected twist. The epilogue was corny and rather out of place, it didn't fit the genre or thrust of the book.

Saying that I spent half a night yesterday, trying to finish the book, when my family was asleep, and nothing could distract me. 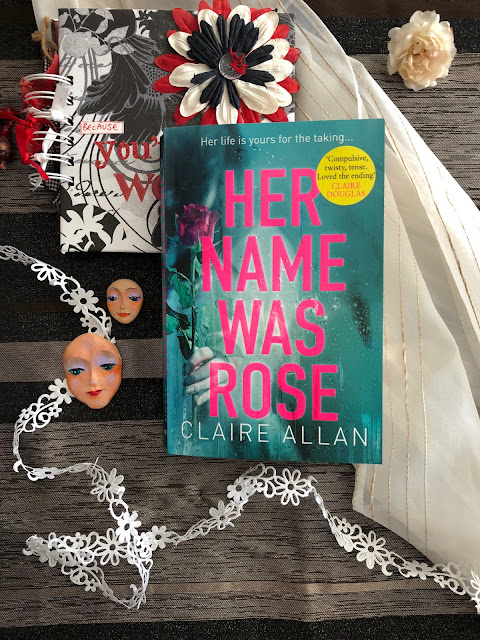