It's mid-September already. I wonder if the Indian summer has started? It's been pretty hot today, when we went out.
Eddie's been adjusting to a new class and new teachers. Sasha is still at home, as his transport hasn't been sorted out, and I'm being stressed out by all this. They promise transport by next Wednesday, fingers crossed, it really is going to happen.

On Sunday morning - as expected - guys wanted pancakes for breakfast. Later I was pottering in the garden, picking up some apple windfalls, while Eddie climbed up and down the apple trees, like a mini-Tarzan. 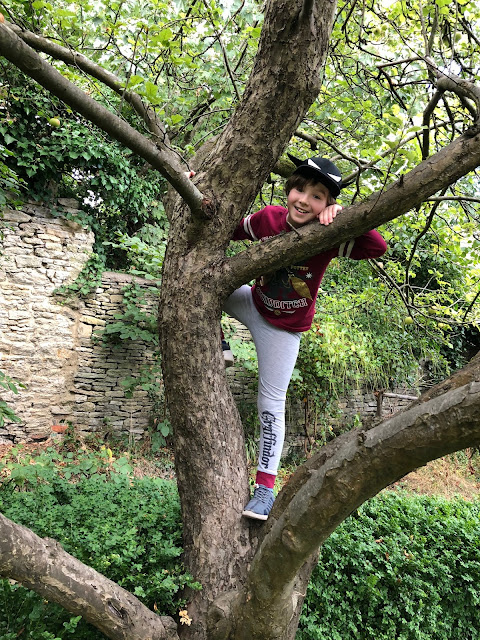 On Monday I've been baking apple cereal muffins, using some of the windfalls I picked up the day before. 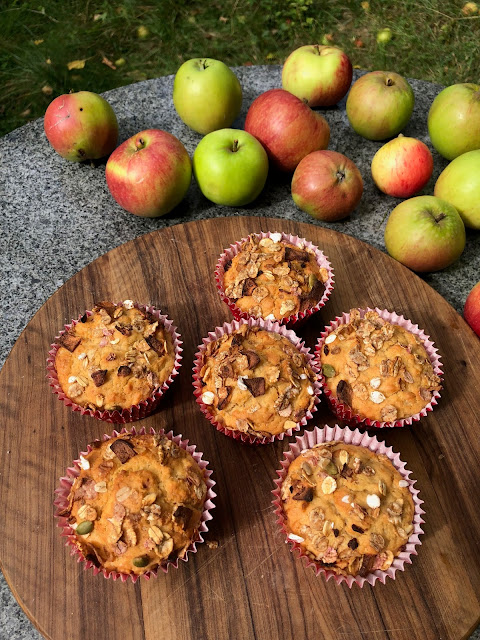 All last week we've been playing with Google app called Arts & Culture (and it's free!!!). It has an Art Selfie game, where you snap yourself, and get a match among the thousands of works of art. Some of the offered artwork left us in stitches, for example, I was paired with a portrait of a man who has big moustache and beard. I mean, how is that even similar? Eddie's face was mostly matched to girls' portraits.

In the last couple of weeks Eddie and I have been watching Merlin. There are five seasons on Netflix, and so far we're on season 2. It's quite same-ish, but rather enjoyable.
I haven't done any photos that day, except something for reviewing, so here is a photo courtesy of Eddie. Merlin and Lego people - and why not? 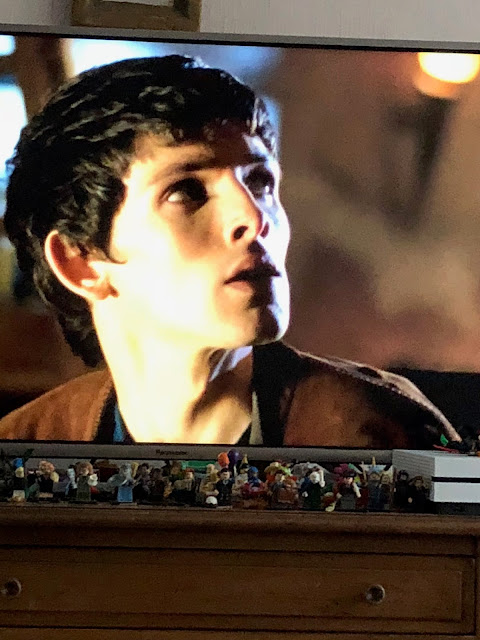 On Thursday Sash was staying overnight in his respite centre. I think we were all looking forward to having a little break from each other. It was almost a month since the previous respite stay.
As we didn't need to hurry home after school, Eddie and I went to his favourite Shake Shop, and he had a strawberry milkshake.
We also popped into a couple of toy shops, as Eddie wanted to check out if the Lego Harry Potter set he has an eye on is still available. As it happens, it's not there any more, I might buy it from John Lewis and squirrel it for Christmas.
Eddie is a big softie, and he couldn't resist squishing some soft toys.
In the evening we had a pizza takeaway and watched two episodes of Merlin on Netflix. 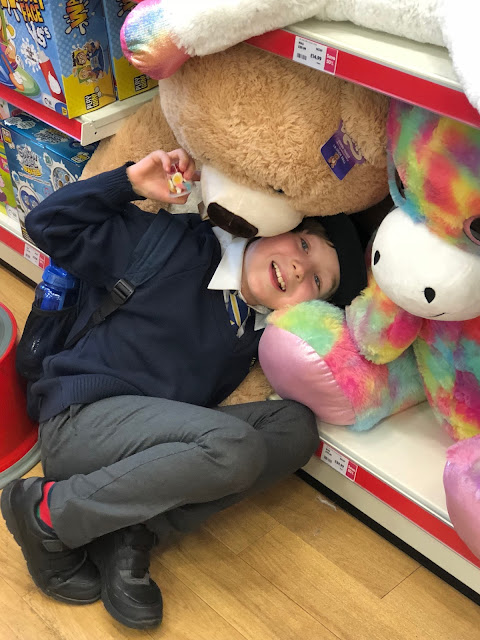 The clematis on the kitchen roof had plenty of blooms earlier this year, but for some reason decided to produce a few more late flowers. 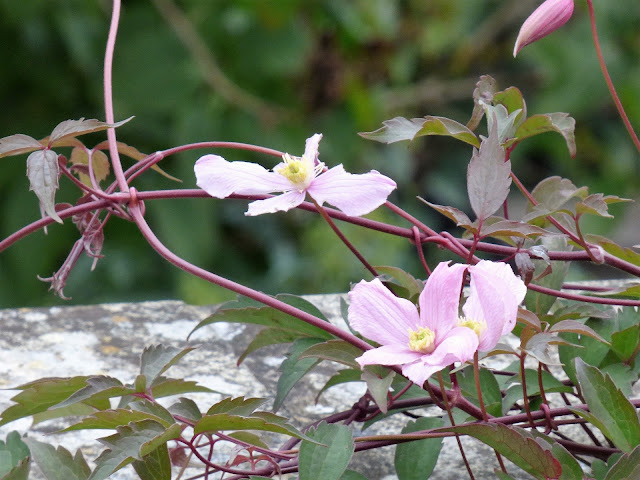 As Eddie has a bit of a sore throat, we didn't go to the swimming pool with him, but Sasha went with his Dad. We agreed to meet up in Sainsbury's cafe afterwards.
It's been very warm today, but my daft child thought it would be amusing to wear a glove on one of his hands. 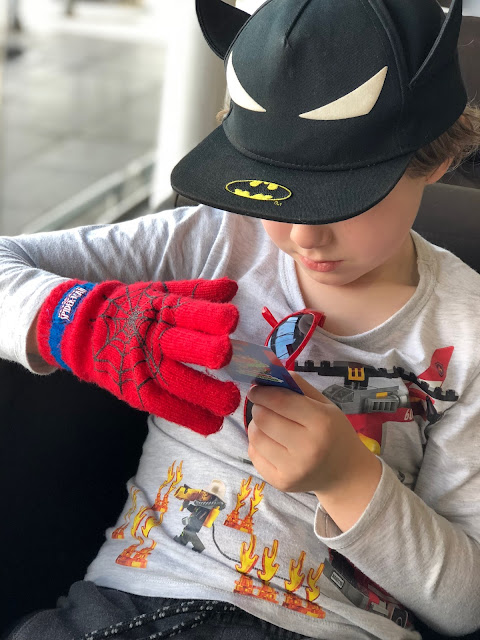