Yet another week has whizzed past. On Sunday we still had plenty of snow for us to worry if the schools would be open the next day, and whether Sasha's respite stay was going to happen. He has to travel for an hour by car to the respite centre, and if the roads were unpassable, he would have had to stay at home, and he was very eager to go. Every time I mention the place where he stays he gestures that he wants to go.
I've been postponing a post on Oreos for BritMums, but the deadline was looming the next day. We love Oreos, we truly do, and buy them regularly, but I just couldn't feign much enthusiasm to do a cookie quest around the house. Eddie wasn't keen either. 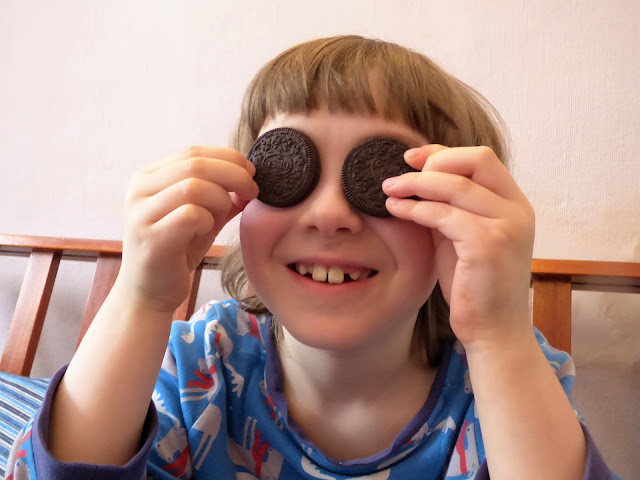 On Monday the snow was still on the ground, but roads were clear enough and schools were open in town. Thankfully, Sasha was able to travel to his favourite respite home to stay overnight, and my husband and I took Eddie out to Pizza Express. This was his first visit there.
He loved the dough balls with garlic butter and the ice cream with chocolate sauce and fresh strawberries the best, but deemed their pizza not as good as Domino's (a declaration which I completely disagree with).

This was my pizza, with spinach and egg. The crust was just as I like it, thin and crispy. 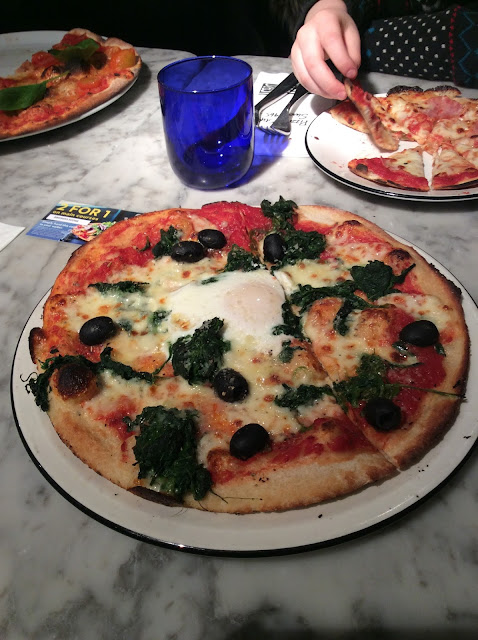 One of the houses in our street is a home to at least a dozen of white doves. They have several nests in the creeper branches over the house. The house looks so eerie, and we call it the ghost house.
It would make a good setting for an episode of Goosebumps. 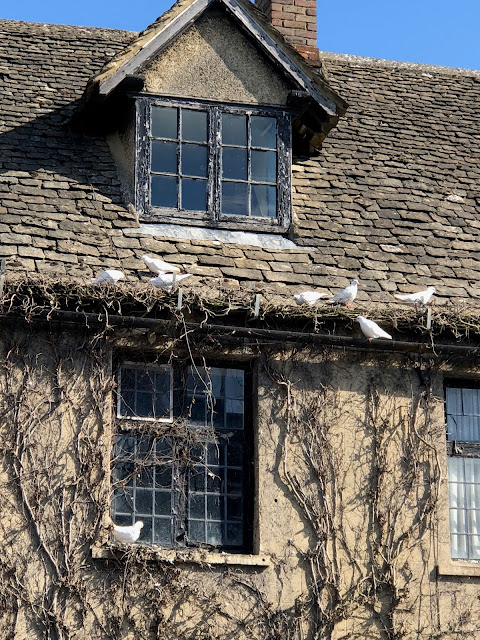 The new Moon on Wednesday: I just liked the juxtaposition of the old house's chimney with the modern aerial and the eternal presence of the Moon. 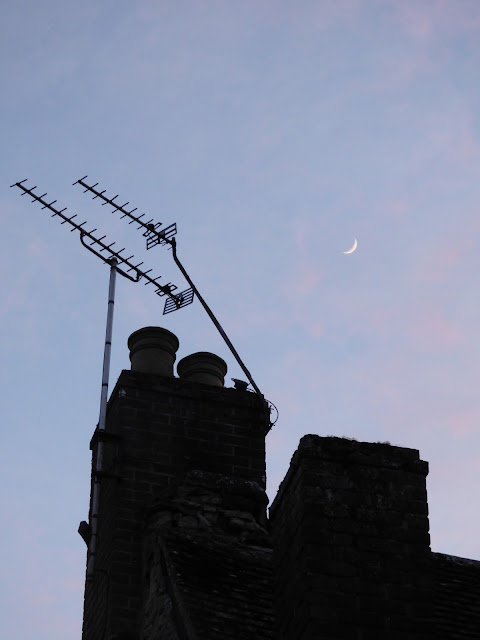 On Thursday we had to get up very early, as Eddie's class travelled to Bath to visit the Roman Baths.
They study ancient Rome this term, and this was part of the programme. The tour itself was splendid, and I am going to do a separate post about it.
The trip by coach was a big trial. It was about 2 hours each way, and so many kids were sick. The poor heroic teachers were running around with sick bags and cleaning up. 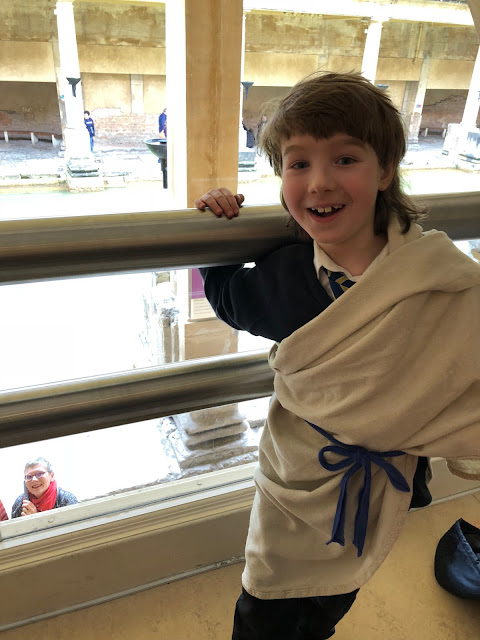 I am drawn to this house with a red post/letter box in Woodgreen square. I think I have a red post box envy. I wish we had one in our house. 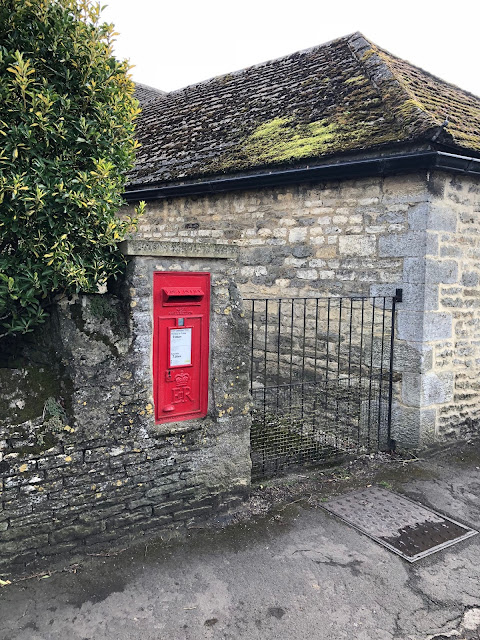 Today we walked through the fields, past the old woolen blanket factory buildings with a huge chimney. The road is new and shiny as it has just been redone this week. 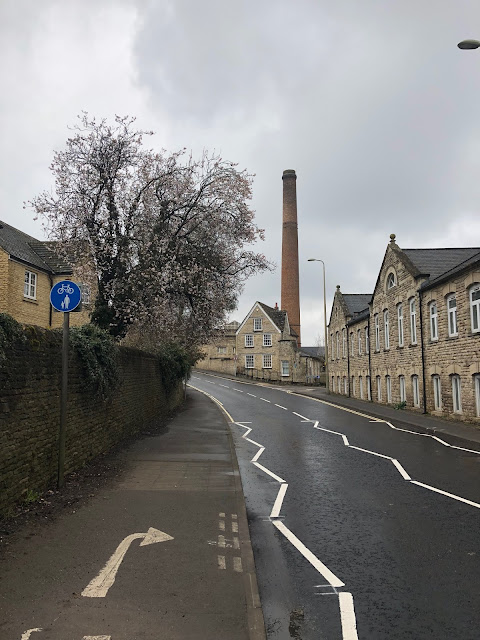