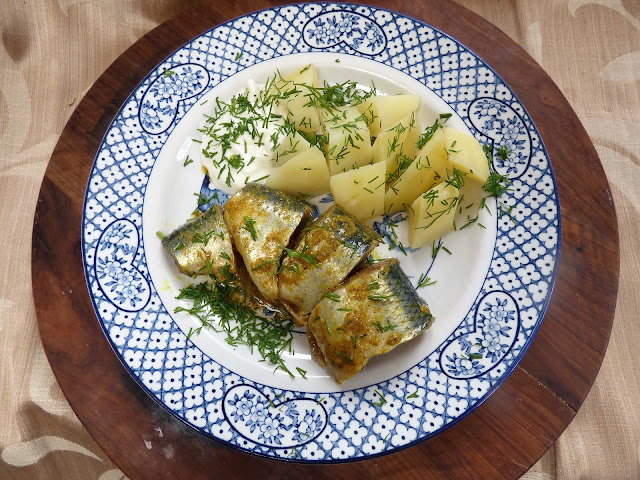 Last year I have subscribed to a Russian food forum Povaryonok, and every morning I receive an email with several recipes of the day. It's a lively forum, where passions fly easily about all things food-related. I am not registered on the site, and don't join in, but do read comments and often smile.
Posters get really heated and emotional about some of the recipes, especially if they are the classics of the Soviet times.
A couple of months ago I've spotted a recipe for marinated herring (if you do follow the link, the recipe is in Russian). Salted and marinated herring is one of the foods the Russians really know what they are talking about.
For some reason, I could never find a decent marinated herring locally. I've tried many varieties sold in supermarkets and delis, and usually what you get is fish which tastes of nothing much but vinegar. It could be in jars with dill and cream, or in mustard sauce but would still taste strongly of vinegar, which in my opinion doesn't do justice to this tasty fish.

If you're as disappointed as I am with the bought marinated herring, it's very easy to make your own.

I have adapted the recipe by the user called Lada from the Russian forum.
The result was utterly delicious, if you like this kind of food. My husband would shudder in mock or perhaps real horror, and my kids would not eat it even if their lives depended on it. I agree, it's an acquired taste.

I think this recipe is a variation of what is known here as a soused herring.

I love it simply on a generously buttered rye bread, or served with plain boiled potatoes. 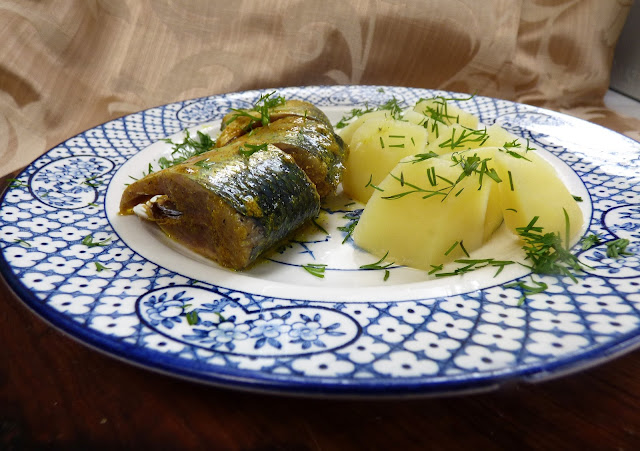 In a medium pan bring water to boil, add a bay leaf, sugar, salt, mustard and spices, mix well. Boil for half a minute. Let the marinade cool.
If buying a whole herring, ask the fishmonger to remove the head, clean and trim the fish.
I didn't remove the bones, but if that's a problem, please do.
Sliced each fish into 4-5 pieces.
Place the herring pieces in a tupperware container, big enough to hold all pieces in one layer. Pour the cold marinade over the fish. Put the lid on, and place the container in the fridge for 2 days. 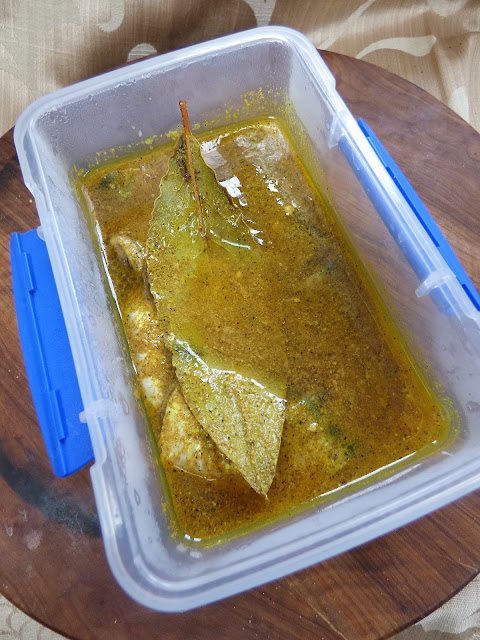 Next time I make it, I will add thinly sliced onion and maybe some dill. Cinnamon was hardly noticeable thanks to mustard, so I would skip it altogether. 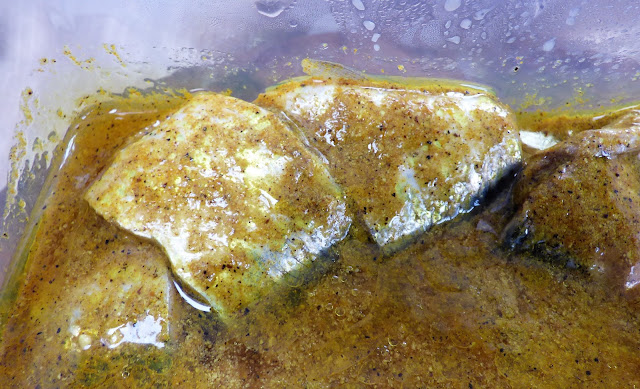