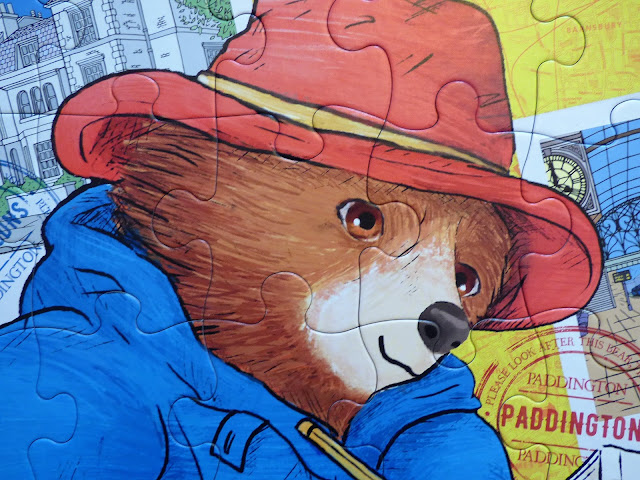 We're officially snowed under. There's a flurry of snow as I write. The schools are closed until further notice. Did we have a lie-in this morning? Heck, no. Every school morning Eddie moans, when I wake him up at 7.30am. What time did he wake up today, when he didn't  have to go to school? You guessed it, half past seven. He was too excited about the snow and his best mate coming later for a playdate.
He was delighted to have a snowball battle in the garden and make a few snow angels. Then the guys came back home, all covered in snow, like the offspring of the abominable snowmen of Pasadena. Red cheeks, happy smiles, wet clothes. 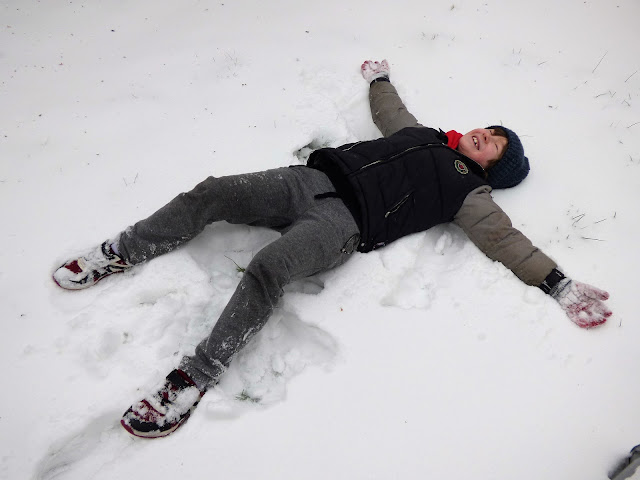 Earlier today, while Eddie was impatiently waiting for his friend, asking what time Peter was coming and driving me nuts, I told him: "Why don't you do a new puzzle?"

For all of five minutes there was peace and quiet, while he worked on the puzzle. 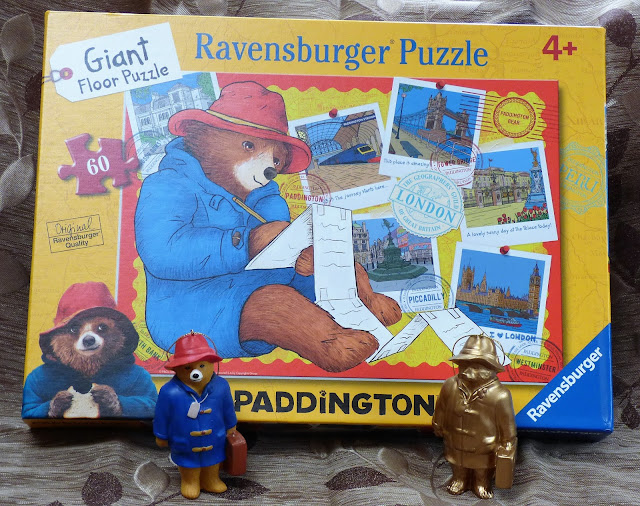 We are very fond of Paddington Bear, and loved both Paddington films. We went to see Paddington 2 before Christmas, and it was brilliant. It is soon going to be released on DVD, and we can't wait to see it again. It was very funny. Just before Christmas Paddington was appearing everywhere: we bought the book which was released with the Christmas ad from M&S. We got the Christmas decorations. We waved to the golden bear on the way to school. 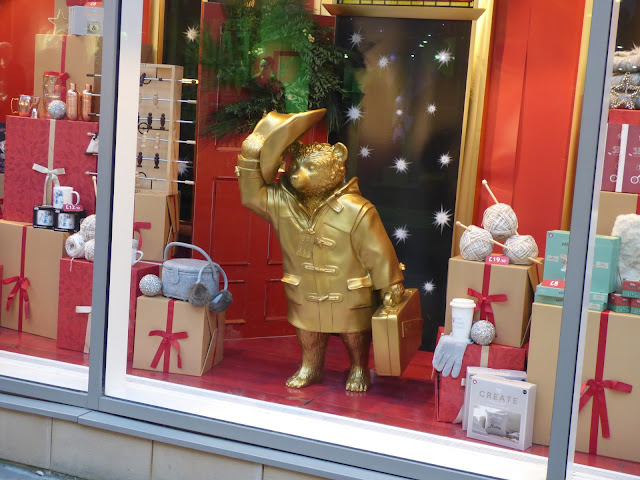 If you love Paddington bear as much as we do, you'll enjoy the new puzzle from Ravensburger. 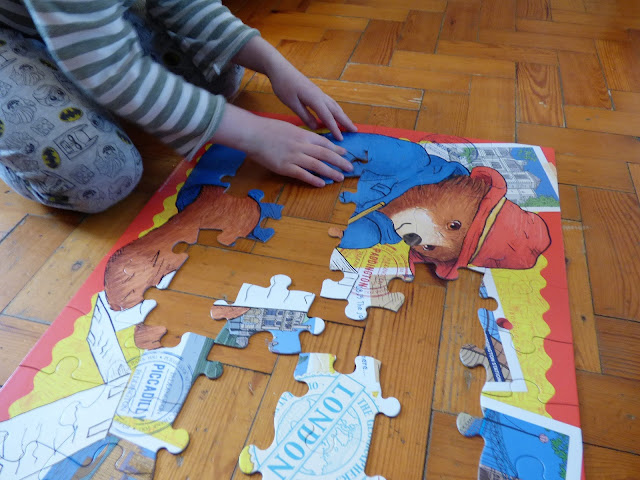 It consists of 60 chunky jigsaw puzzle pieces. It is a colourful, cheerful image of Paddington and London's places of interest. 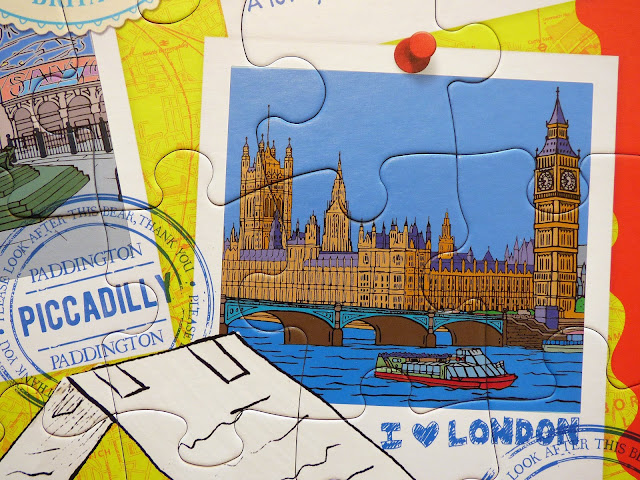 He is writing a card to his aunt Lucy, who dreams of visiting London one day. There are postcards with the famous landmarks for aunt Lucy to admire.
The cute bear has made a list of landmarks and main attractions to visit. 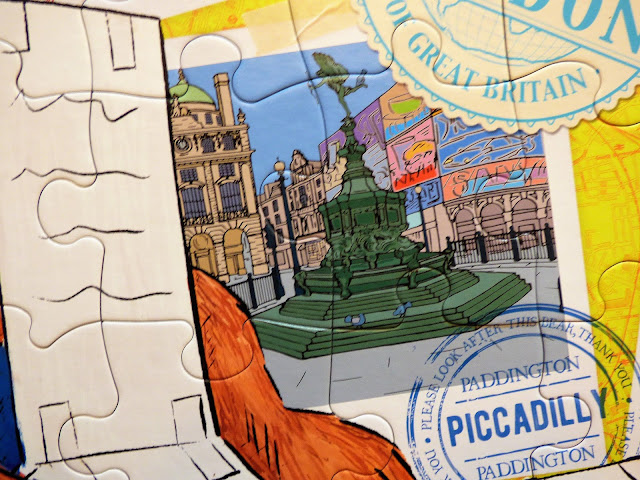 The finished puzzle measures 70x50cm when complete. It is suitable for ages 4+.
The puzzle is made from strong premium grade cardboard, with linen finish print, to minimise glare on puzzle image. 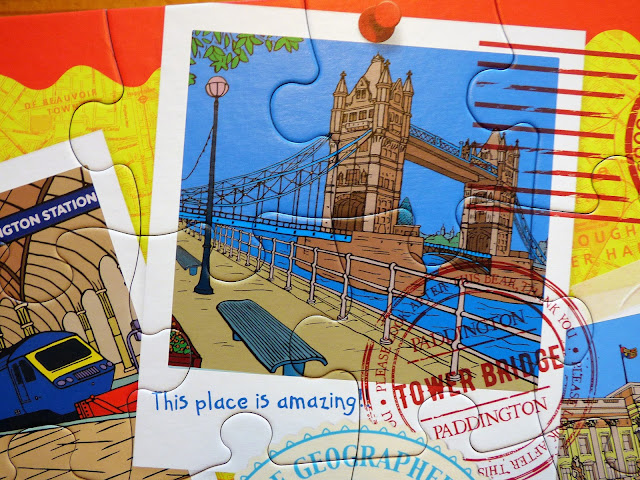 Disclosure: We received the jigsaw puzzle for the purposes of reviewing. All opinions are our own. 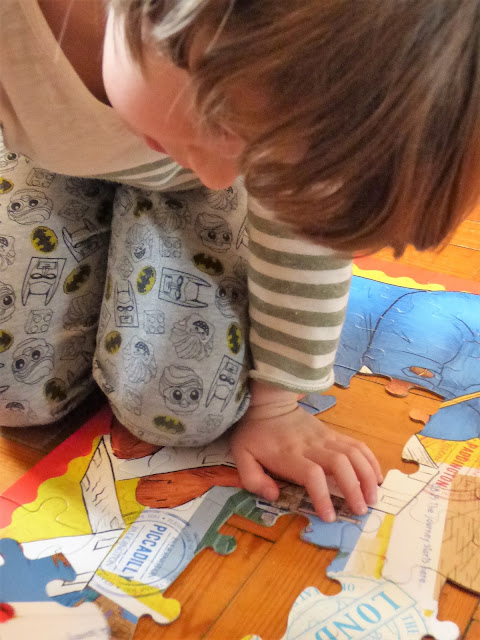