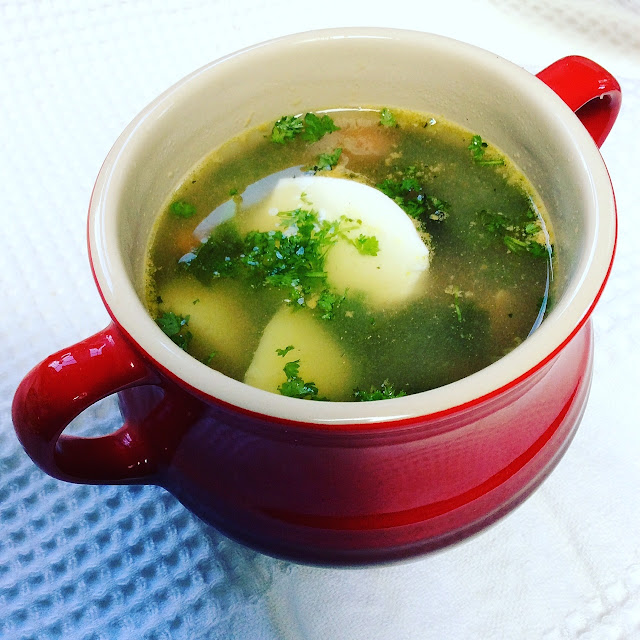 It was a lovely sunny day today, and I was pottering around the garden, mostly admiring the plum blossom and hyacinths rather than doing anything useful like weeding or seeping the paths. I have also noticed the nettles in the corner of the garden.
Being fed up with sandwiches or leftovers for lunch, I decided to make a light spring greens soup.
I have picked a few green shoots of garlic from the strawberry patch and several leaves of wild garlic. 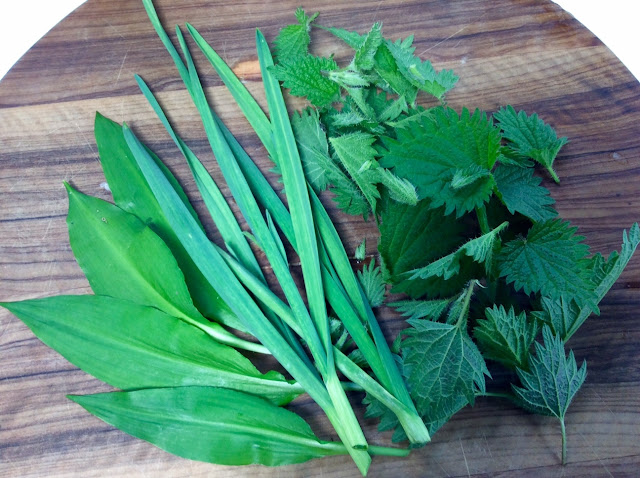 I have planted wild garlic three or four years ago, and despite people telling me I'd regret it, as it would spread like fire, it doesn't seem to thrive in my garden. It has slightly spread, but in such small amounts, that I would count it as too precious for everyday use. Any tips on making it actually spread? I'd rather have wild garlic than much hated ground elder. 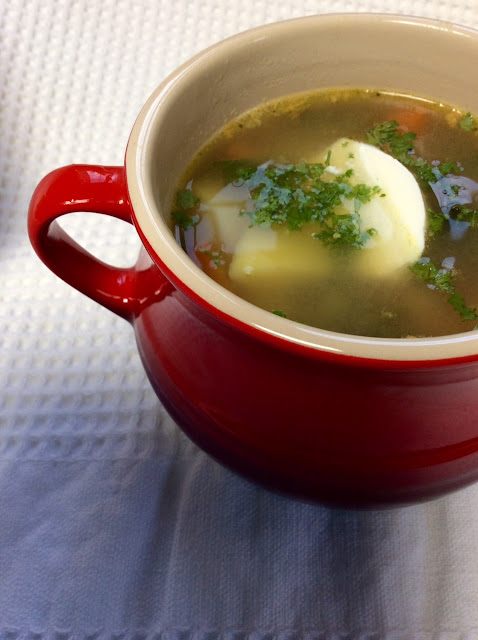 To make a light spring greens soup, you will need

Peel the carrot and chop finely. Slice the celery stick. Peel and chop the potato.
Put all the vegetables and lentils in the pan, cover with hot water and bring to boil. Cook for 5 minutes, then lower the heat and simmer for 20 minutes. Add the nettle tops, fresh chopped garlic leaves and wild garlic in the last 5 minutes of cooking. Season well with sea salt.
Serve with a nice chunk of bread. It is also lovely with a tablespoon of Greek style yogurt stirred in it.
For a vegan version, skip the yogurt, though it is much-much nicer with the yogurt or soured cream. I haven't tried soy yogurt in soup, so cannot vouch for its taste.

And it was a delightful light spring-flavoured soup, so easy to make. 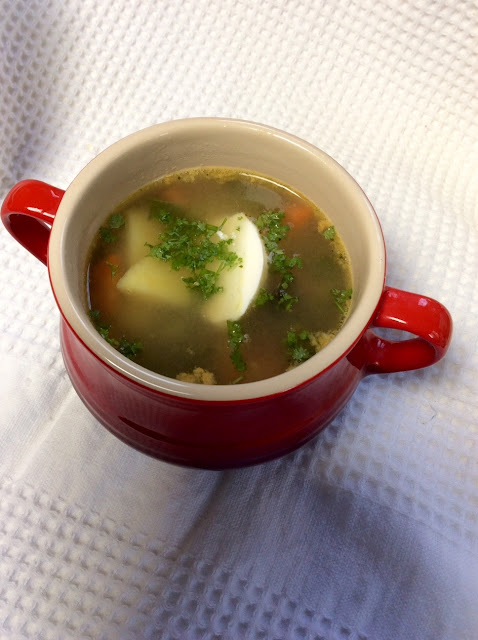