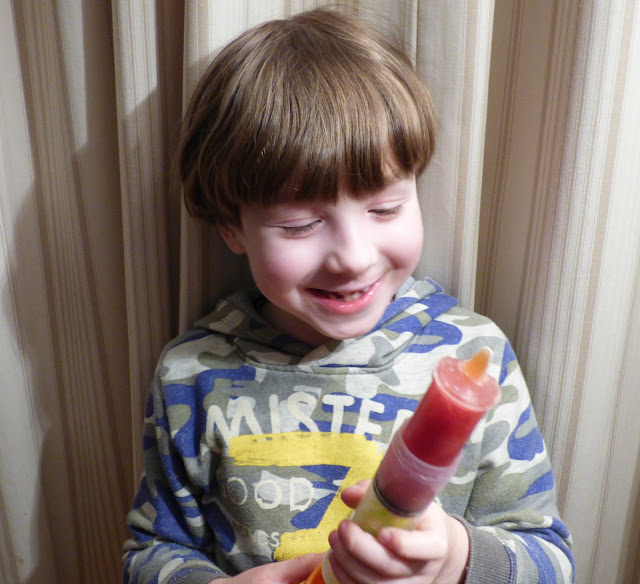 Eddie is a king of ice lollies, he is happy to eat them in summer and winter alike. We buy different brands of ice lollies, from Fab to Haribo push up lollies, from Rocket to Nobbly Bobbly. I think it's a funky shape as well as the taste that appeal to him.
With ChillFactor Pull Pops you can create your own popsicles. You can even sneak in very healthy fruit and veg smoothies or yogurts. They are fun to make: pull, freeze and pop. 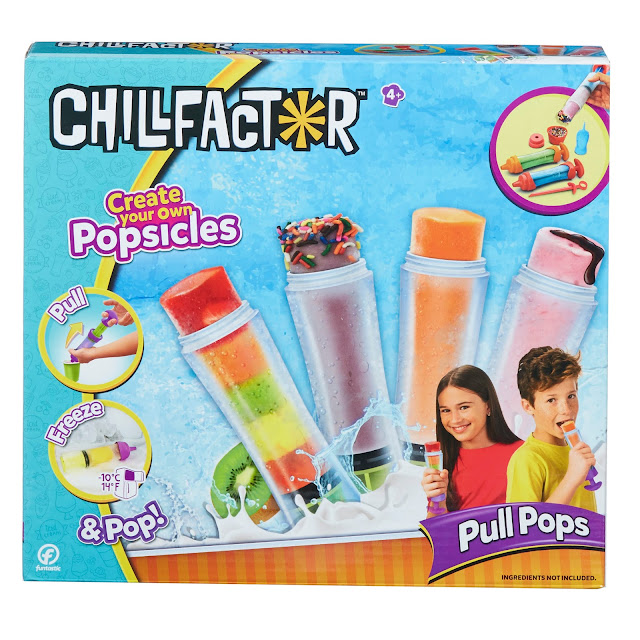 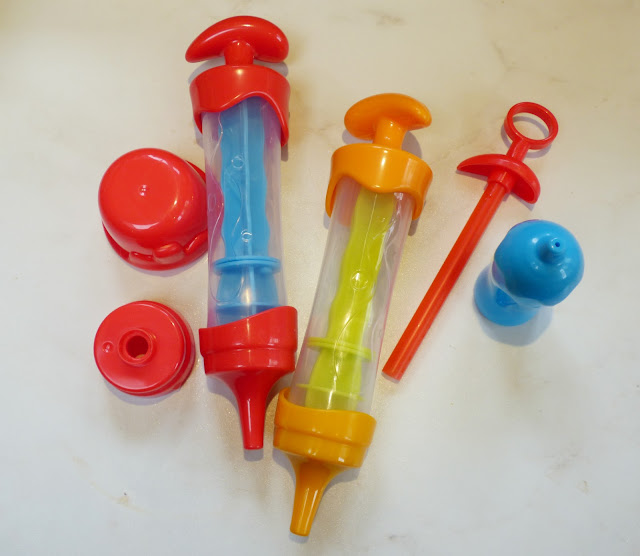 The possibilities are endless, you can experiment with a variety of flavour combinations and textures. Add fresh berries or mashed banana, flavoured milk or yogurt for delicious summer (or any season) treats.

I offered a selection of drinks and milk for Eddie to choose, and he wanted to make an ice lolly with - do I dare to mention it? - blackcurrant & apple Fruit Shoot. 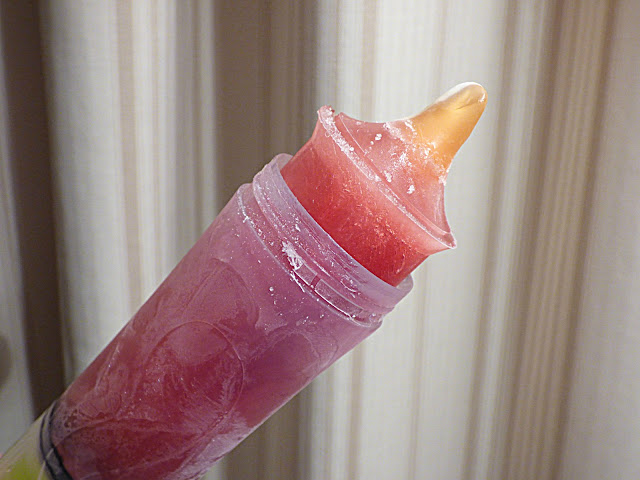 The pull pop works as a big colourful syringe. We struggled a bit to fill in the syringe up to the very top, so in the end just turned it over and poured the juice in, then closed the top, so as not to spill any liquid. I'm probably not the techie-wise person, and couldn't quite figure out how to block the very tip of the lid, and put a Haribo sweetie there as a plug.
It went in the freezer, and the end result was a blackcurrant-flavoured ice lolly.
Eddie loved it, and keeps asking me to make another one with the same flavour. 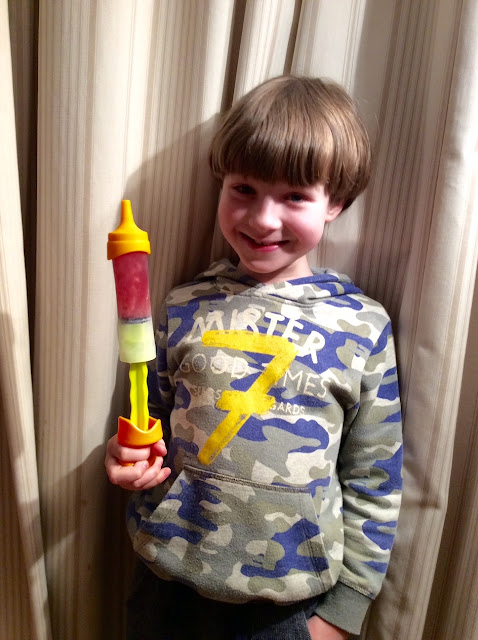 We also made a popsicle from Rachel's Coconut yogurt, to which I have added three or four little Haribos for the fun effect. And again, the syringe was not filled in easily to the very end. I topped up the yogurt with the spoon.
Eddie, who usually wouldn't eat any coconut yogurt, ate it as an ice lolly with great enthusiasm. 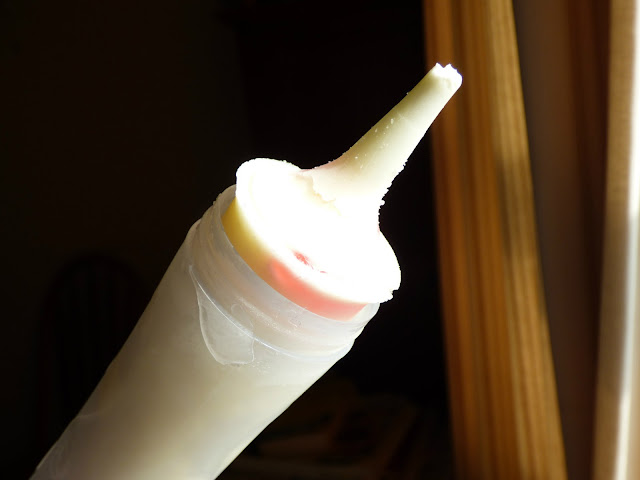 You will aslo find an injector and a bottle in the set, to make a long well inside the popsicle and fill it in with a different flavour, if you like. 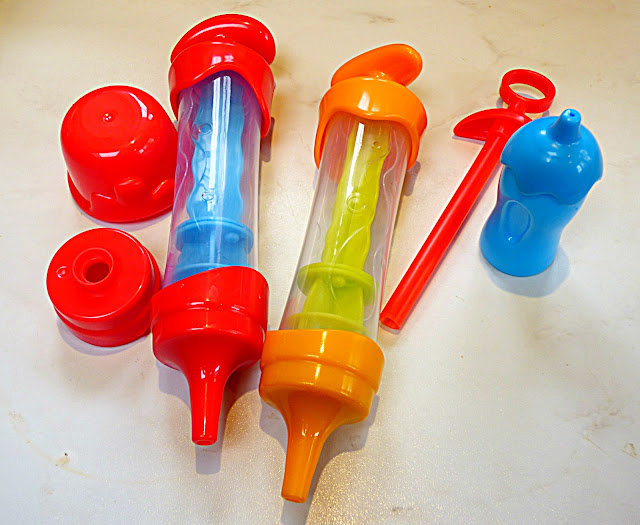 Disclosure: We received the ChillFactor product for the purposes of testing and reviewing. All opinions are our own.
Posted by Galina Varese at 21:05:00