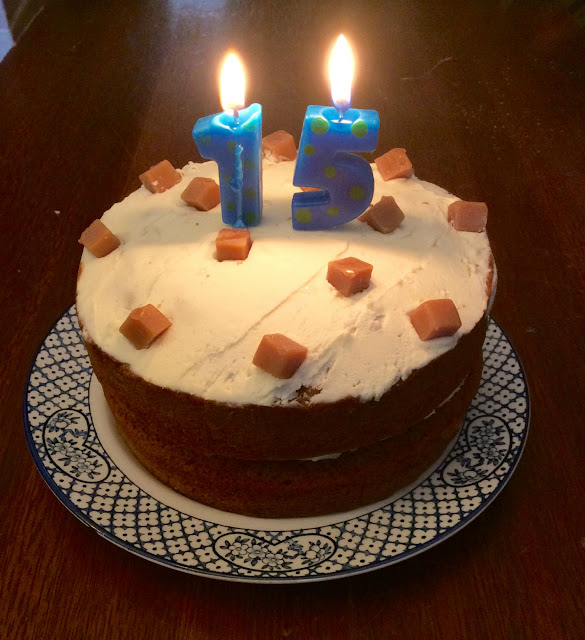 Come Friday, my Twitter feed is full of competition tweets. I try to intersperse them with recipe links and a bit of chat, so as not to annoy my foodie friends who sometimes frown at the comping RTs.
The thrill of winning though keeps me motivated. Can't say I win very often, perhaps once a month on Twitter. Last month I won a cute red double-decker bus mug, which is a lovely addition to my mug and cup collection.
If like me you enjoy Twitter comps, and what's not to like? - they take a second to enter - you might know that @SpongeCakesLtd offer a cake giveaway every Friday. I have been entering their giveaways for a couple of years, hoping to win one of their super cakes.
Imagine my delight when earlier this month I opened my notifications folder to see a tweet from Sponge Cakes that I won their cake of the month - salted caramel and toffee cake.
It was great timing, as Sasha's birthday was coming in a week.
The cake was delivered by courier the day before his birthday. I had to hide the box, so as not to tempt anyone into sampling it too early. It was well packaged, a box inside a box, and arrived in pristine condition. 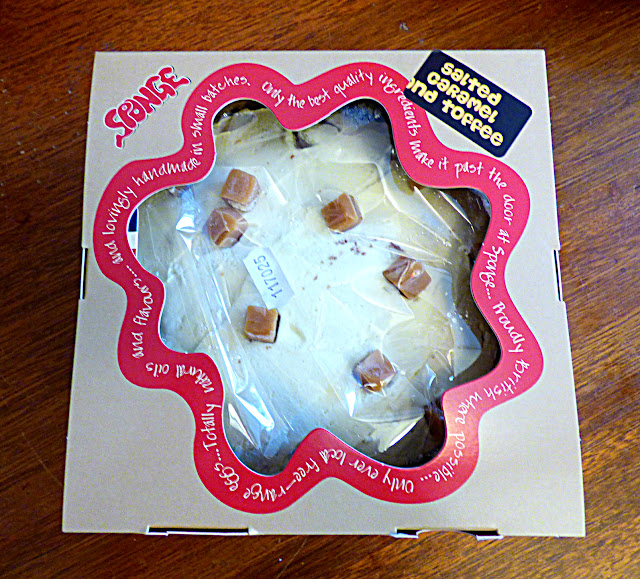 It was not the first time we have had a cake from Sponge. A couple of years ago I have ordered a different flavoured cake, and it was delicious. 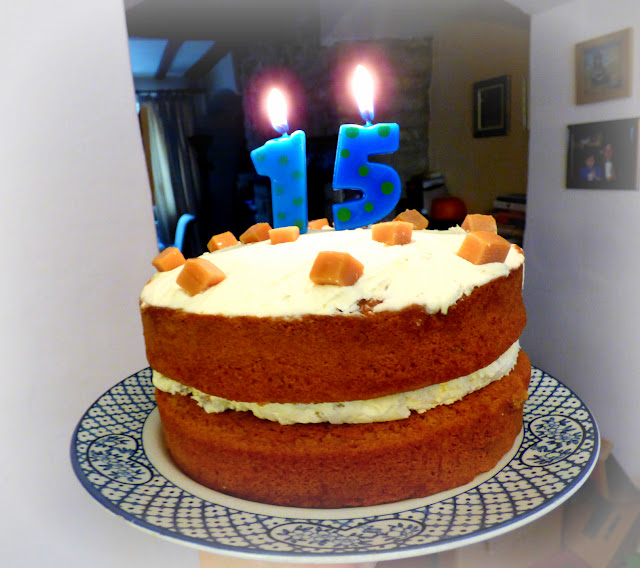 I have already bought a cake for Sasha to take to school to share with his class and teachers. It was a plain vanilla buttercream sponge with an Emoji icing on top, as I thought it would appeal to his teen tastes in decorating.

The salted caramel and toffee cake which arrived by courier is a different league. It was a generously sized two-layer cake with toffees on the frosting. Both my sons love toffees so this cake got thumbs up from everyone.
Eddie had the biggest slice and pronounced it to be "AMAZING!". 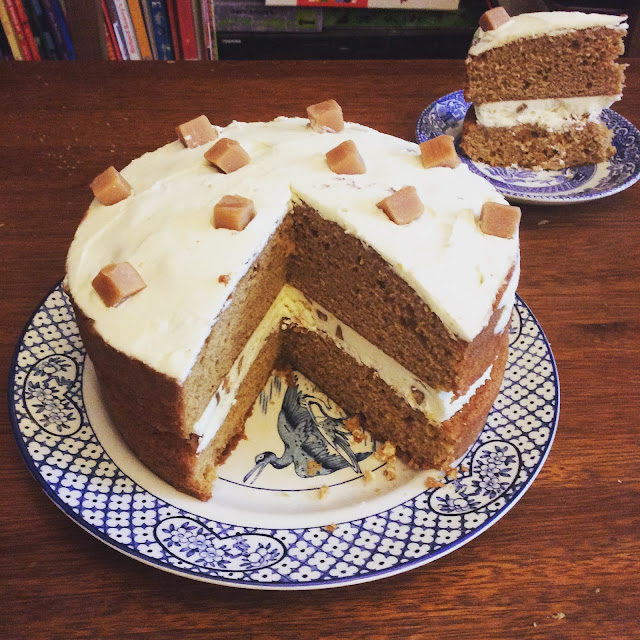 I was a bit anxious whether Sasha would "approve". Being autistic, he is rather particular about the cakes, and foods in general, that he would eat.
We had visitors coming to wish him a happy birthday through the day, and everyone loved the cake.
Looks like it is an inspired flavour, with oodles of appeal for both grown-ups and children.

As for Sasha, he was very happy with his birthday cake.
Thank you, Sponge, for making our boy's birthday extra special! 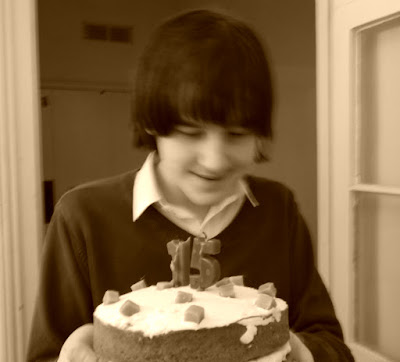 Check out Sponge for a range of delightful cakes. And keep tweeting, you never know, it might be your turn to win a cake now.
Posted by Galina Varese at 20:45:00