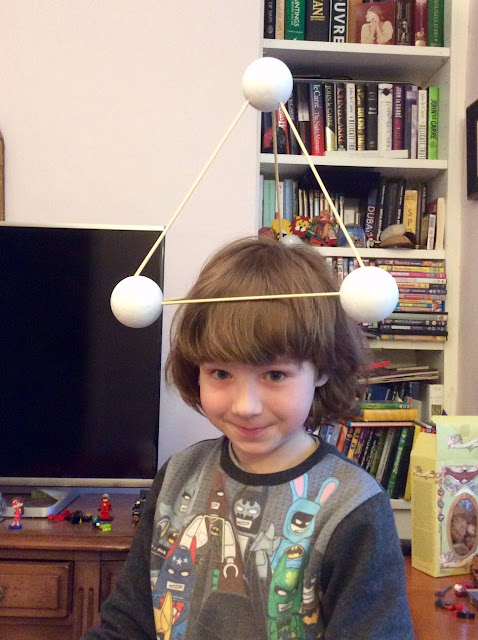 Did you happen to visit Twitter last Thursday between 4.30 and 6pm? Have you joined the Rusty Rivets Twitter party run by ukmumstv and hosted by a number of parenting bloggers? The party coincided with the launch of the first episode of Rusty Rivets on NickJr.
We don't have NickJr channel, and watched Rusty Rivets on Youtube, on big screen TV.

Rusty Rivets is an animation series, aired daily at 5.30pm on NickJr. It follows adventures of a young chap named Rusty who's into all things engineering and inventing. He has a dedicated team of customised robots who help him. Rusty is pretty clever at engineering and upcycling machine parts into new inventive gadgets.
Rusty lives in a town called Sparkton Hills, along with his friend Ruby, a robotic T-rex Botasaur and smaller robots who are known as the Bits.
The animation is showcasing a series of basic scientific concepts and techno-ideas.

To tune in with the engineering theme of the show we received a box with several activities which challenged us to use our grey cells and create technical stuff.

We sent out the invitations to the Rusty Rivets party. 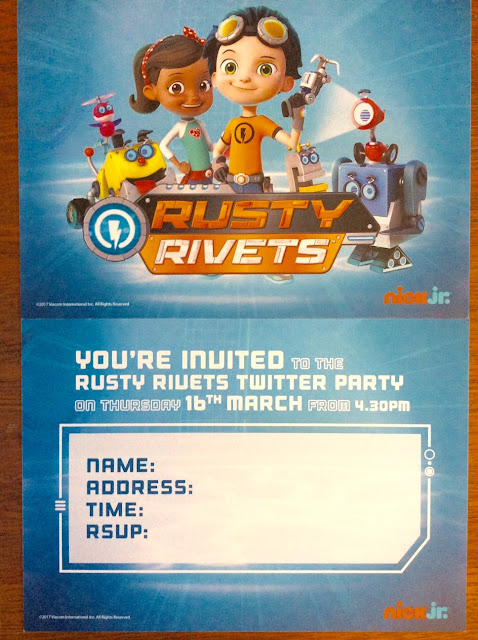 And waited for Thursday with eagerness.
We started with a memory game, taking turns to pick two cards to reveal the pictures beneath. If the pictures match, you keep the pair. 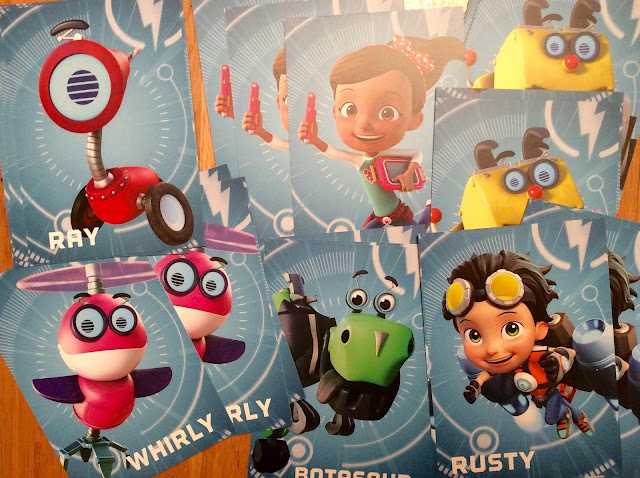 The most anticipated activity involved building a robot. Who wouldn't want to build a robot?!
Have a look at the materials which were in the first activity pack. As you can see, we had lots of cool things, just like the Rusty Rivets team has in their junkyard. We had a couple of flat cardboard boxes, paper cups for arms and legs, stickers and lots of colourful bits. 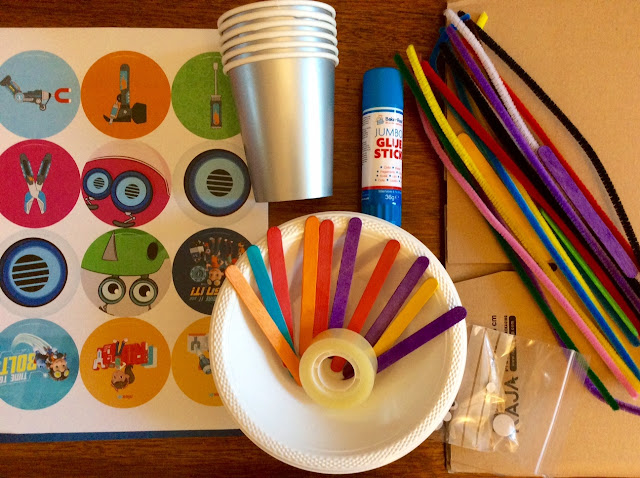 It was a team effort, but I think our robot is super. What do you think? 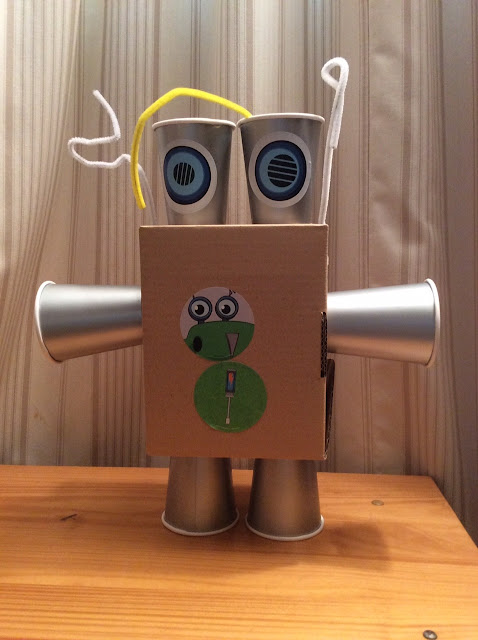 We had colouring sheets and crayons, but engineers wanted to keep building, so rather than do the colouring the guys have chosen a Rusty Rivets construction course. This cool activity lets kids be creative with the shapes. We had a selection of wooden skewers, polysterene balls, plasticine, as well as sweets - marshmallows and gum drops. 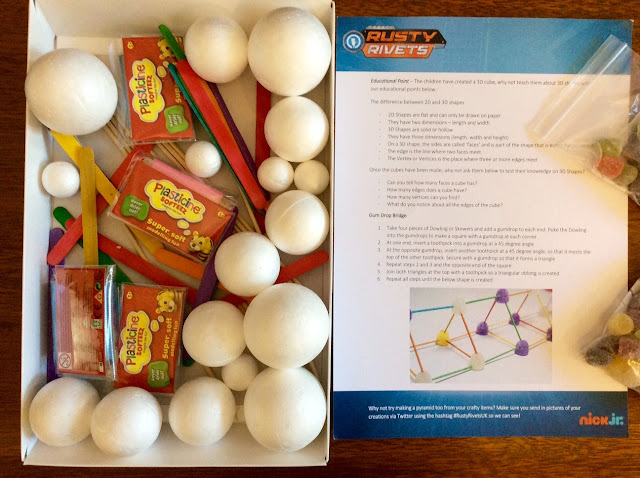 The boys first started working with gumdrops, but it wasn't easy to skewer them, and the fingers were getting too sticky. The joint decision was to eat the gumdrops and proceed with the polysterene balls. 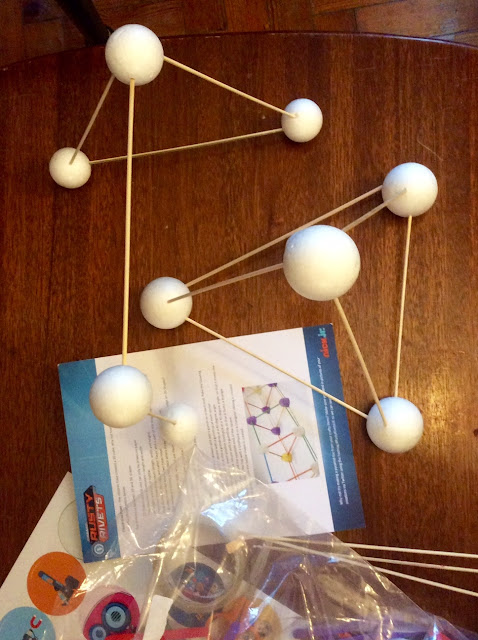 The shapes kept being changed. 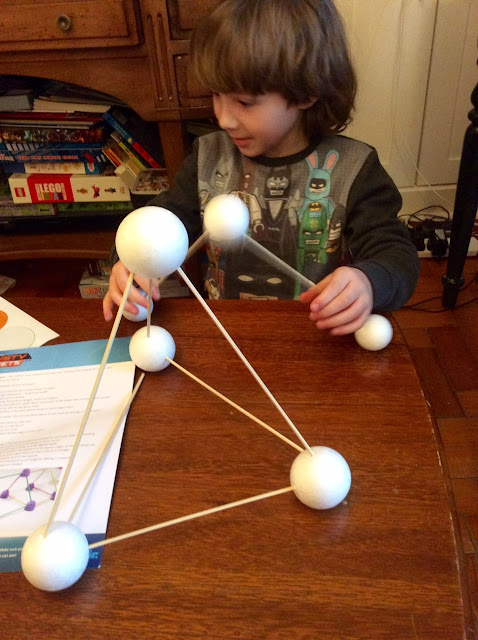 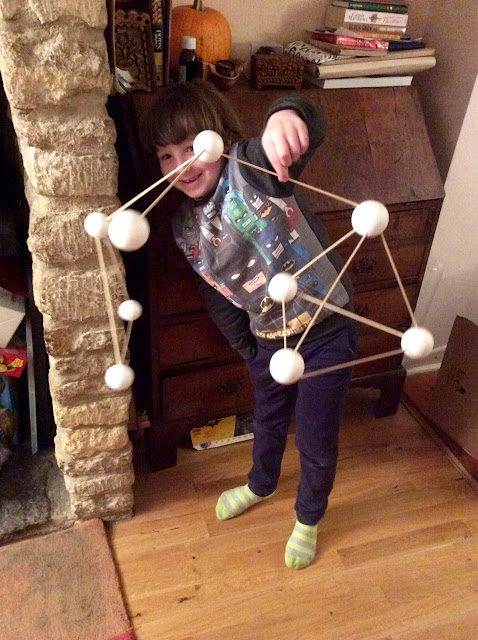 It was a fun educational activity. Edgar told us that they did something similar recently in his class, building tunnels with dried spaghetti and marshmallows. 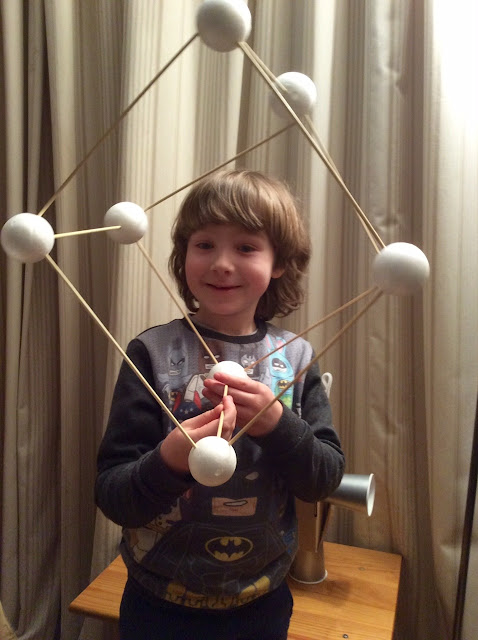 Afterwards it was time for a noisy Rusty Rivets treasure hunt. Cards were hidden around the house with the clues. When our guests went home, they left with a goodie bag each. 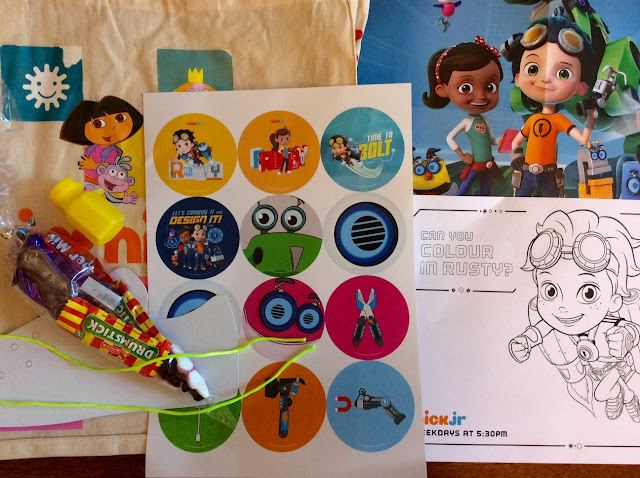 Disclosure: We received a box of Rusty Rivets-themed goodies and crafts materials for the purposes of hosting a party.