Oddball and the penguins DVD

Oddball & The Penguins is out now on DVD, On Demand and Digital HD 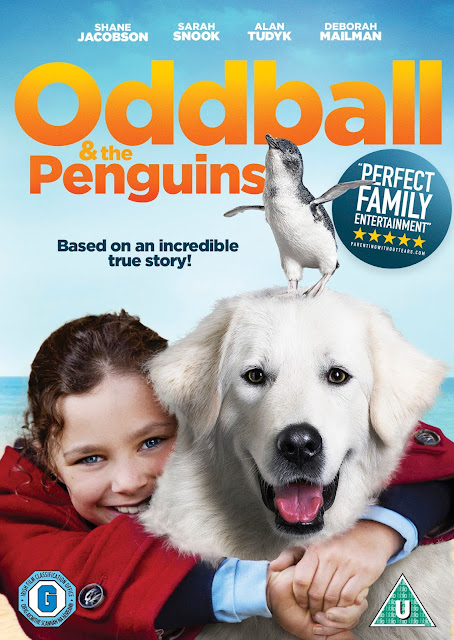 Eddie and I watched Oddball & The Penguins earlier today. Shot entirely on the magnificent Australian coast, this heartwarming story has been a big hit in the Australian box office.
The story starts with the wild antics of a dog called Oddball, who is a Maremma sheepdog. He is a bit of a dog ASBO, wrecking everything in his way. But the misbehaving dog is the least of the problems of his owner Swampy Marsh. He is a chicken farmer who also looks after the penguin sanctuary on the Middle Island, which lies just off the coast from the small town of Warrnarnbool.
The foxes have decimated the penguin population to such an extent that the sanctuary is under the threat of being closed down completely.
Swampy's daughter Emily is helping her father to run the sanctuary, but she's getting disillusioned. Only her daughter Olivia believes in her Grandpa's dream of restoring the sanctuary and keeping their family together.
Then Swampy rescues an injured penguin, and discovers that his crazy dog Oddball is very gentle with the penguin and guards him with a great dedication.
Swampy and Olivia come up with a plan of training Oddball as the sanctuary's guard.
What happens next will keep you rooting for Oddball and the penguins.
The small sized penguins are adorable. If anything, it's a total cuteness overload.
The human characters are less adorable. Olivia is chirpy and too self-assured. The town inhabitants are a bit one-dimensional. They are truly just a supporting cast for the dog and the penguins.
It is a likeable and sweet story which will appeal to the whole family. 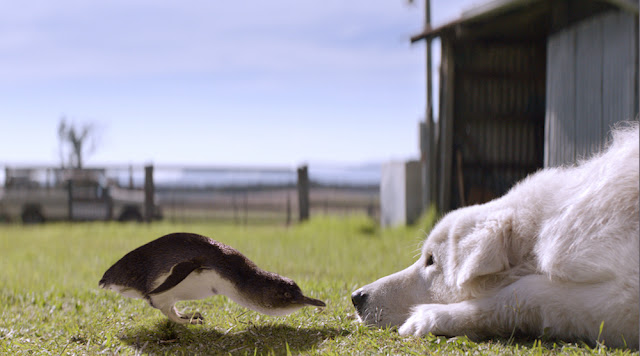 Disclosure: We received a copy of the DVD for the purposes of reviewing. All opinions are Eddie's and mine.
Posted by Galina Varese at 18:40:00