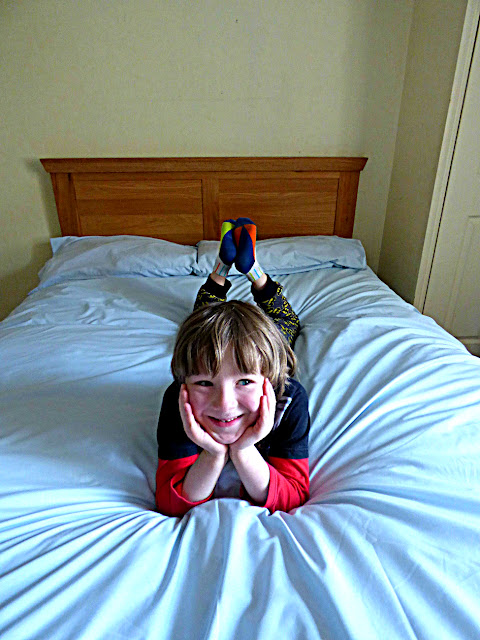 Summer brings with it not just the pleasures of a warm weather and lots of outdoors activities, it is also that time of the year when a lot of people suffer from a hay fever. My older son has it quite badly, so he needs to take a medication in the morning to prevent his eyes from going puffy, red and itchy. Thankfully, mine is not as bad, though I do react quite strongly to the freshly-mown grass, then I start sneezing non-stop.
I also have a mild allergy to dust, so have to be careful to keep our house relatively dust-free, especially in the bedrooms.
Having anti-allergy bed products helps keeping that pesky dust allergy at bay. Sleepy People stock a variety of products including anti-allergy pillows and duvets.
Their range is extensive and varied, to suit everyone's tastes and preferences.
Bedding sets from Sleeping People are very comfy and stylish. I have recently written about Snug Cotton Anti-Allergy Duvet (4.5tog) (see my post Building a top secret duvet fort with Sleepy People). It is a lightweight snuggly duvet which is just right for warmer nights.
Offered to test another duvet from the range, I have picked a slightly warmer and heavier Silentnight Anti-Allergy Duvet in 10.5tog for my older son's bedroom.

He sleeps in a double bed, and loves rolling himself into a duvet, creating almost like a sleeping bag. He sleeps under the same heavy duvet, both in winter and in summer. I have tried offering him lighter blankets in the past, but he would use his duvet again and again.
I was wondering if he'd agree to use a new duvet, but to our surprise, he accepted the change in his bed, and has been using it for the last few weeks.
Apart from being warm, cozy and comfortable, this excellent duvet provides dual protection against the dust mites and bacteria, so it's a super choice for allergy sufferers. It is made with 100% hollowfibre filling and is machine washable for extra cleanliness and convenience.
One morning after a rather sleepless night I took my younger son to school, and on return home, realised just how tired I was. I very rarely sleep during the day, but must have been too exhausted, as I dozed off under the new duvet. I can vouch that it is very cosy and soft. As it is quite warm, it's perfect for the nights like this week, when the weather is back to the "British summer", i.e. rain every day.
I'm very pleased with our new duvet. And the dust mites got their marching orders too. 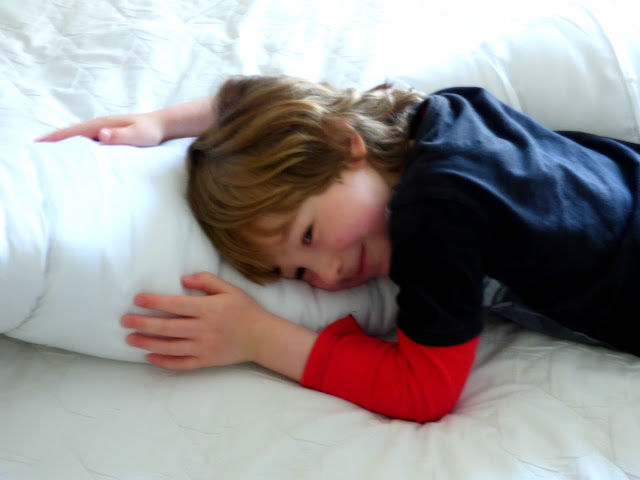 Disclosure: We received a duvet for the purposes of testing and reviewing. All opinions are mine.