Last year my Mum and I bought a young Golden Delicious apple tree in the garden centre, and Mum planted it behind our summer house. This year it started to bloom before the other apple trees started to catch up. It has pink blossom, and I hope we'll see a few apples later this year. 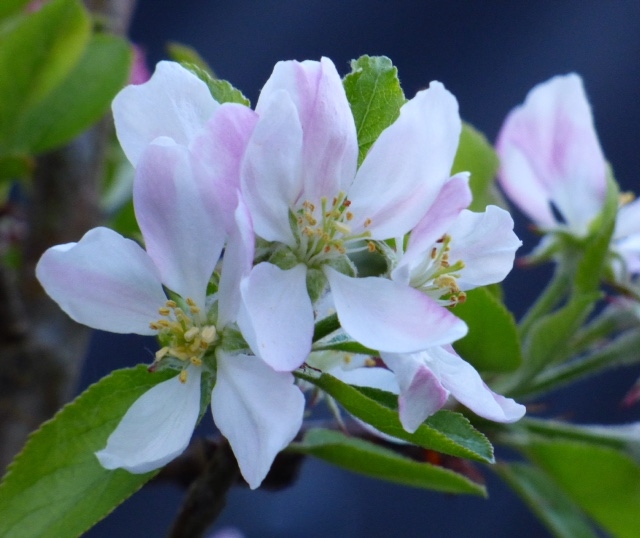 Monday the 9th of May was the Victory day in Russia, which is always a solemn celebration. It is customary on this day to hold a big military parade in the Red Square in Moscow, to commemorate the event, with the war veterans being invited to take part (and there are not many of them left). But of course, the British media had to announce it as the Russian tanks in Red Square.
Throughout Russia people took part in the Victory Day parades, holding the photos of their family members who fought and/or died in the war.
It was raining all day here, and I snapped this view of our garden and the neighbours' gardens from the attic. 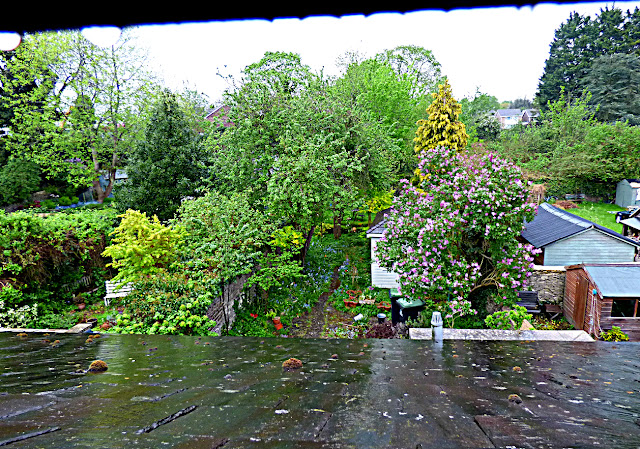 More rain on Tuesday, it washed the flowers clean. The purple tulips looked even more beautiful with rain drops on them. 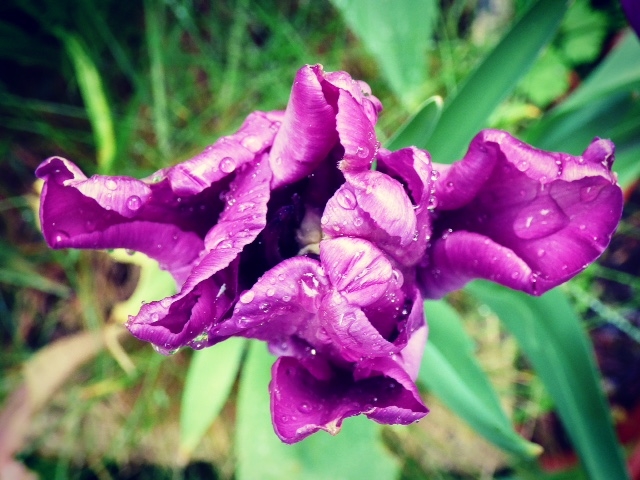 Wild garlic is blooming too. I planted it around the garden two years ago, and though it has reappeared, it didn't spread as much as I'd like it to. Not enough for me to use in cooking. So much for it "taking over the garden", as someone warned me. I wish it did, better than the impossible-to-get-rid-of weeds. 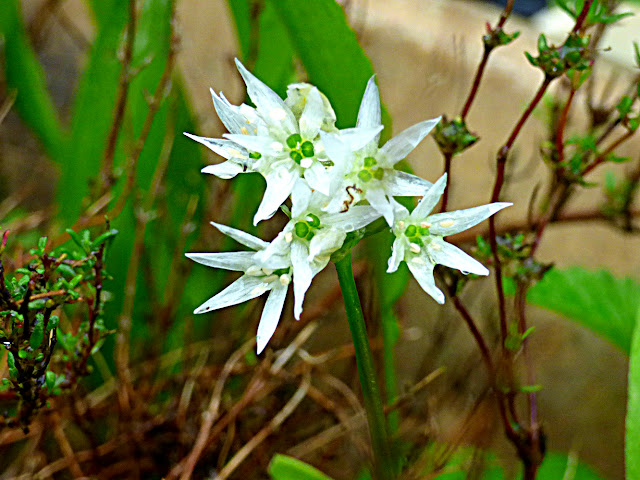 Eddie is a ray of sunshine, he always makes me smile. His laughter is totally infectious. 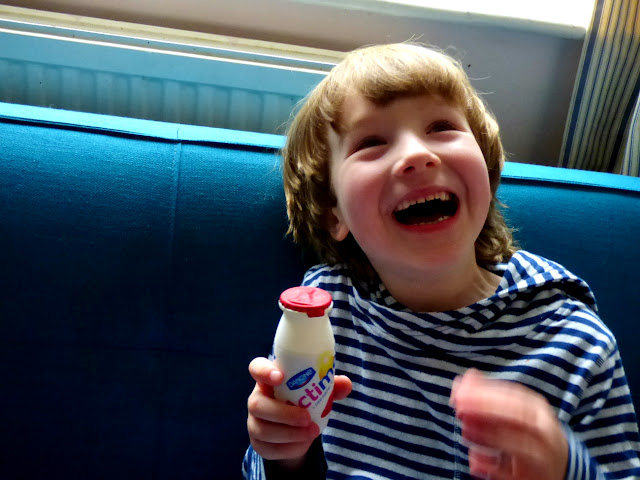 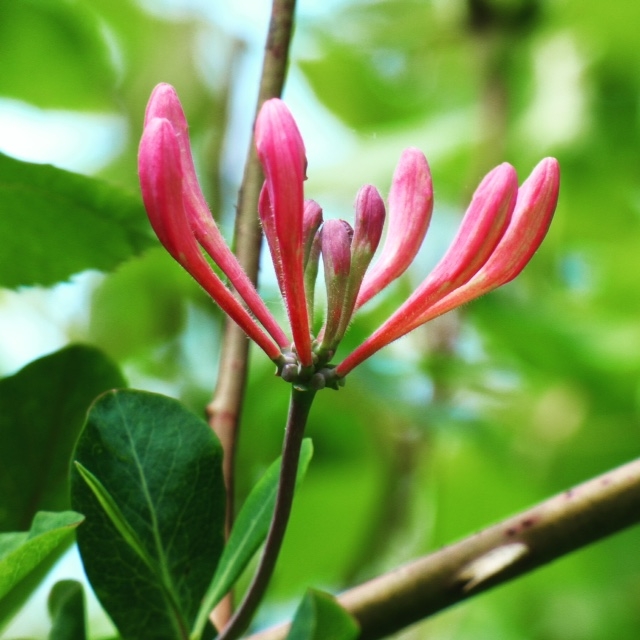 Today was a busy day for Eddie and me, I took him to the birthday party of his "girlfriend". We bought a singing Elsa doll for her, as she's a fan of Frozen. I just hope she didn't receive 20 Elsas. Just in case, I put a gift receipt with the card.
Also I finally mowed the lawn, and it looks much better now. Though we wouldn't win any lawn-mowing competition, that's for sure.
After all the lawn mowing, I am feeling knackered, and Eddie and I have been watching some old Scooby Doo episodes on Netflix. 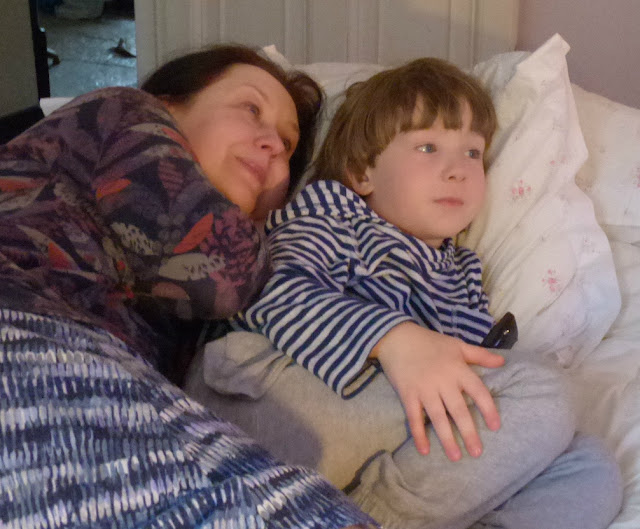 Tomorrow we are going to see Angry Birds in the cinema. I know I did say "Over my dead body", but someone has managed to convince me. What have I gotten myself into?