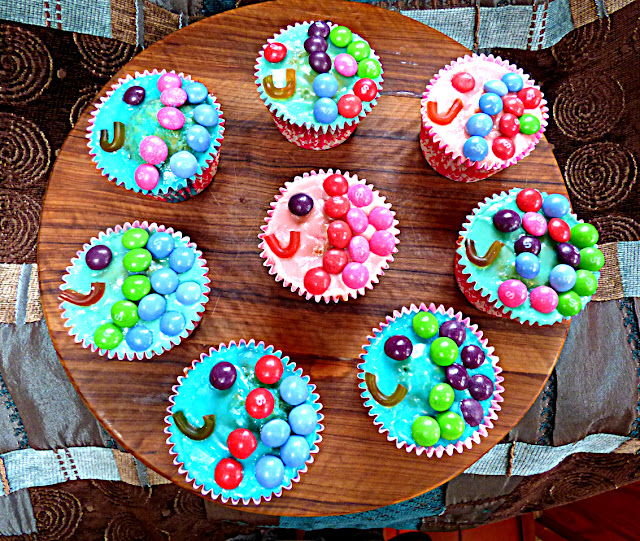 We took a whole lot of activity books based on Julia Donaldson's stories with us to Italy. One of them - The Tiddler Activity Book by Julia Donaldson and Axel Scheffler- included a lovely recipe for colourful Rainbow fish cupcakes.
The recipe is very basic, and you can bake any cupcakes you fancy, then decorate them as a shoal of colourful fish. 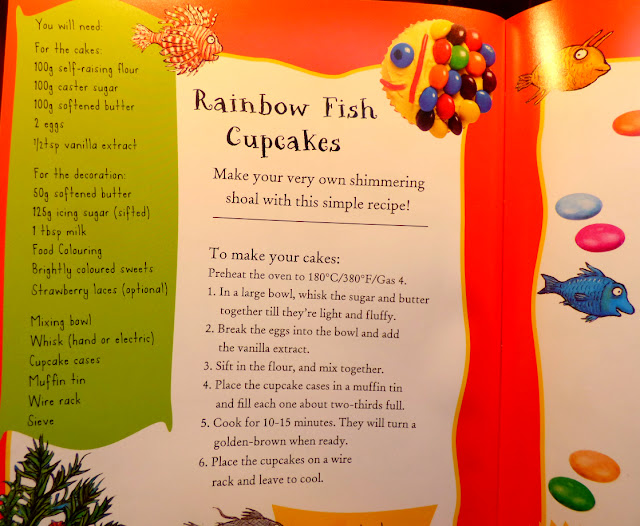 Eddie's been pestering begging me for days to bake a batch with him, he was very enthusiastic about decorating them with Skittles. 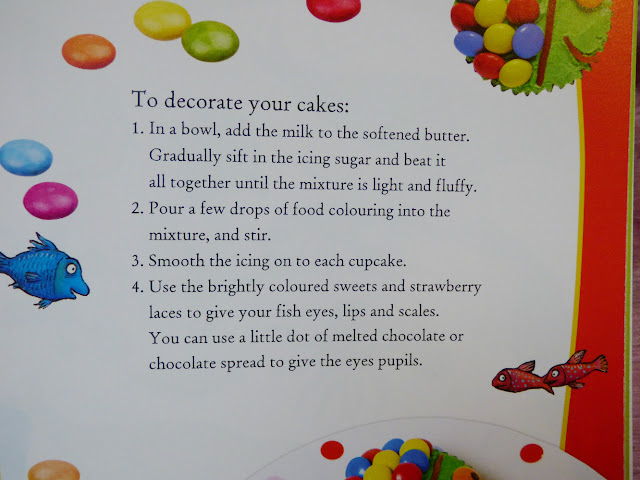 I made the icing in three colours, using different food colourings. And then Eddie had a blast, creating fish with Skittles and fruit strings, cut into small pieces to use as smiles.

After he finished the job, he proudly declared that I should give all of them to Sasha. "Why? Don't you want to eat them? Why did you keep asking me to bake them if you don't want to eat them?" - to which he replied that he only wanted to have fun, decorating them.

He later relented and ate one. Sasha indeed was happy to eat the cupcakes. He had them for several days, and really enjoyed these sweet treats. 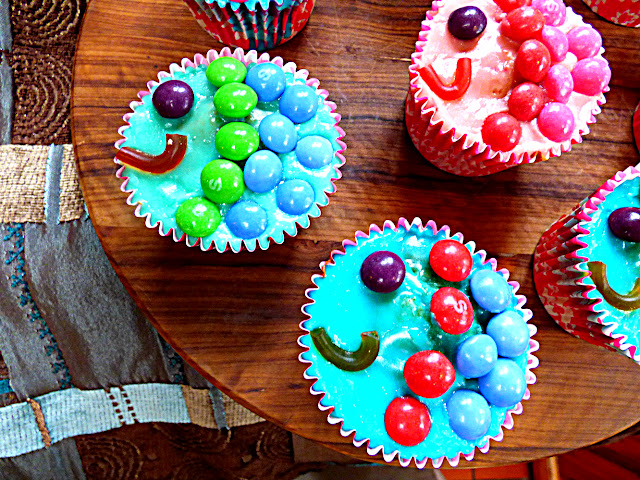 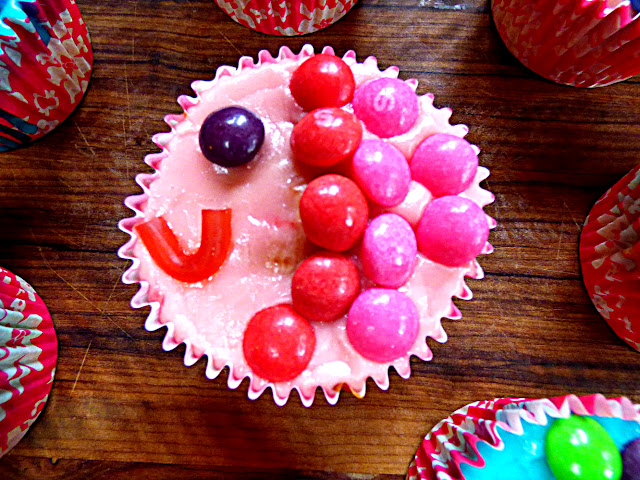 Email ThisBlogThis!Share to TwitterShare to FacebookShare to Pinterest
Labels: baking, cupcake, dessert, food and drink, kids in the kitchen, recipe