Having a very limited access to the Internet while staying in Italy, I haven't had a chance to do a weekly photo post, so today's lot is for two weeks.
We love our Costa cafe, and at the weekend we pop in for an obligatory cup of latte for me and a sweet treat for Eddie. While I was taking photos for a blog post about Costa, Eddie was making faces in the mirror-like reflection of the coffee making counter, so I snapped his silly face. 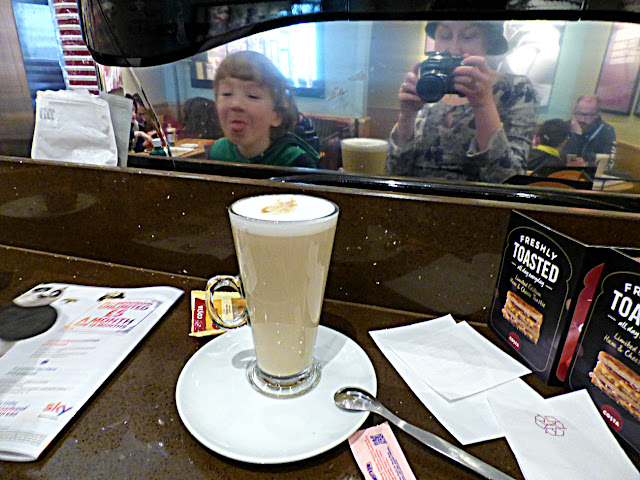 The Windrush river is forever changing. I pass this pretty spot with a magnolia tree every day on the way into the town centre. 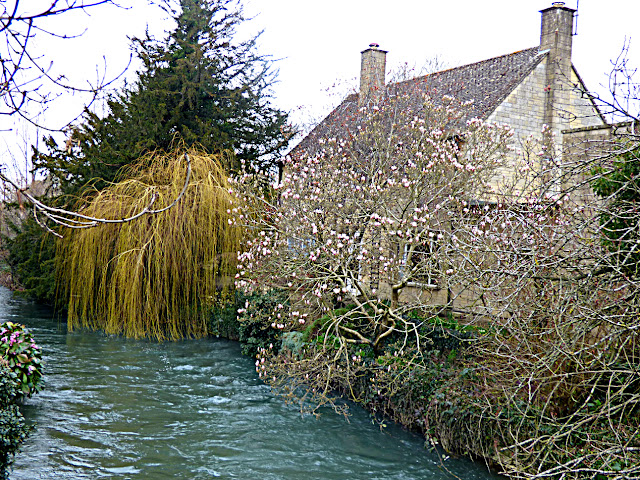 Eddie played with half-shell heroes and dinosaurs in the garden. 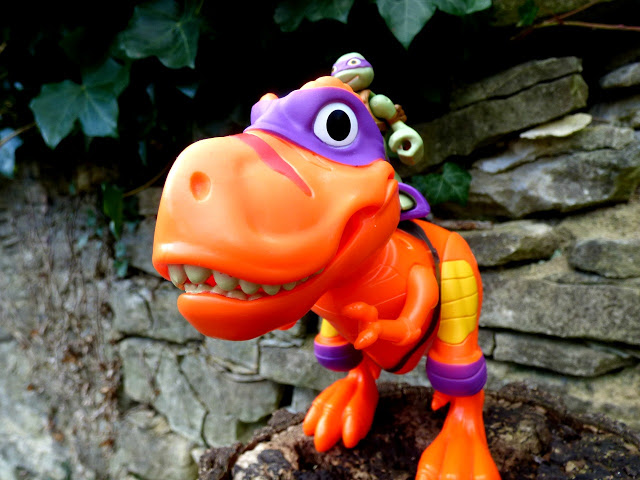 I'm not sure now if I took any photos before our departure to Italy on Thursday, I know I was busy making lists of what to take with us, and what had to be bought at the last minute. As our autie Sasha would only eat a limited range of foods, I had to make sure that we had enough tuna pate and sliced bread to take with us. It does sound crazy, but I did carry a few loafs of Warburtons with us, as he doesn't like the taste of the Italian sliced bread. Meds - tick off, clothes, passports, tickets, presents etc etc, so much to remember to bring with us.

Our flight to Italy was such an ordeal that I still shudder at the memory. We were kept for hours on the plane before the take-off, with only a cold drink on offer, and one toilet available in the back. On arriving to Venice instead of Bologna, we were kept again until everyone was allowed to get out. Nobody bothered to tell people where to wait for the coach to Bologna. By the time we got there, the coach left with apparently seven passengers, while we were left to wait for another bus, which might have arrived or not. So we had to pay 280 euros for the taxi to take us to Ferrara. We were all exhausted and stressed. I didn't take any pictures except this one, when we just boarded the plane. 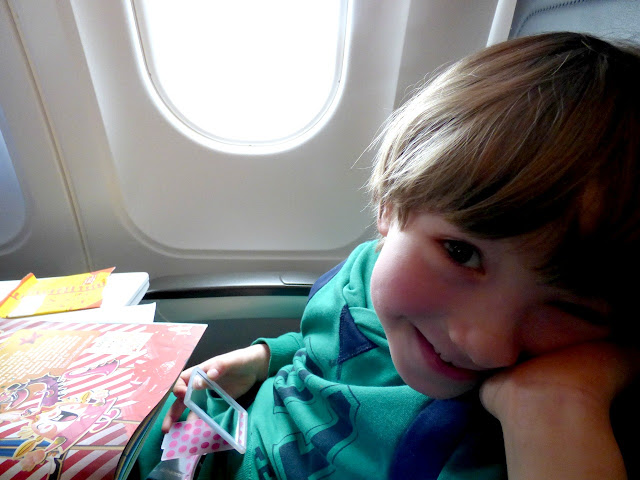 The next day we went out, and Eddie enjoyed climbing on the old statues by the cathedral. My husband said that he used to climb on these lions and gryphons when he was a kid (as many generations of the Ferrarese kids have been doing for centuries). 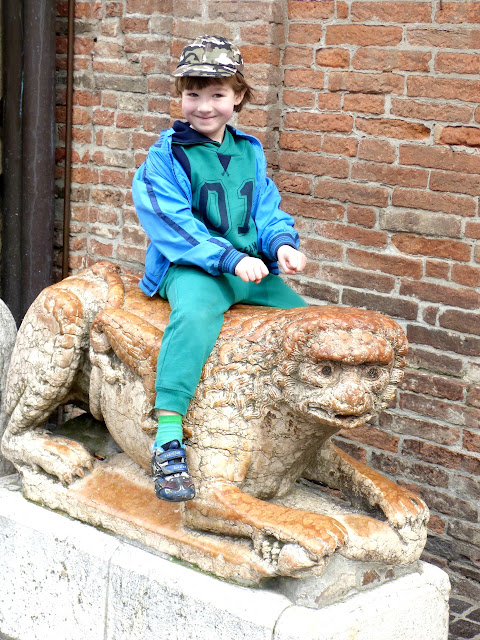 Eddie had a total blast in Italy. His grandparents showered him with gifts and spoilt him rotten. No wonder he didn't want to go back home. This pirate's outfit was one of many presents. 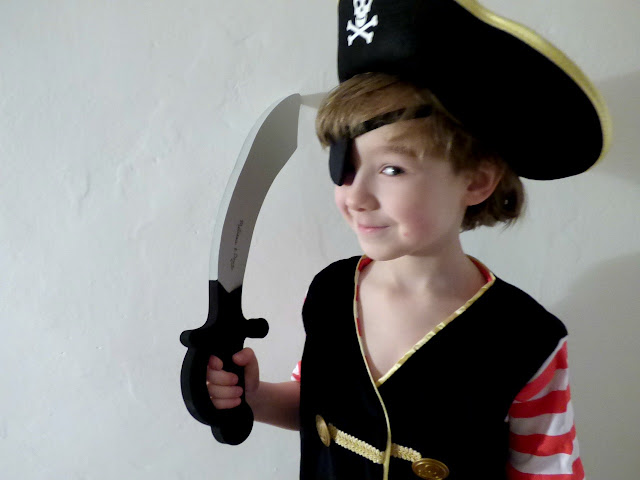 This stone angel is keeping a watchful eye over the neighbourhood from the church roof. 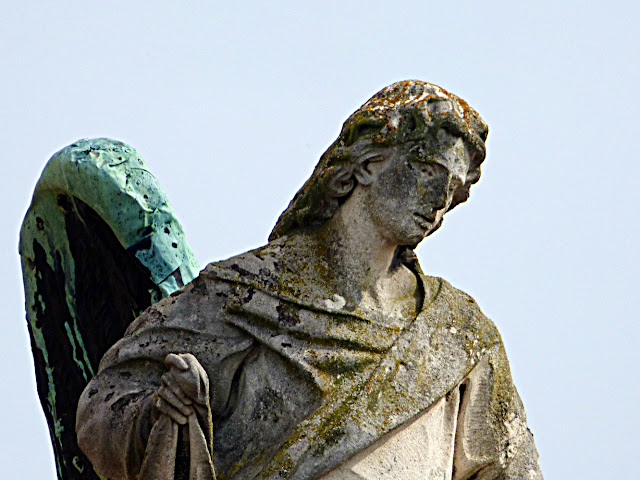 We were lucky to be present at the Palio. It is a big and colourful event, when the locals dress up in Renaissance costumes. This tradition started back in the 13th C. It is a mix of a parade, games of the flags, dancing etc. I took a lot of photos that day, and hope to write a separate post. The costumes are amazing. 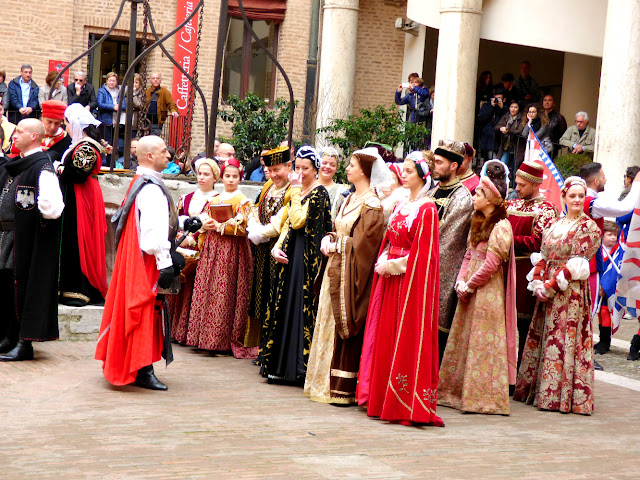 There is a beautiful magnolia tree in the courtyard of the house next to my in-laws. These courtyards are like deep wells, surrounded by high stone walls. 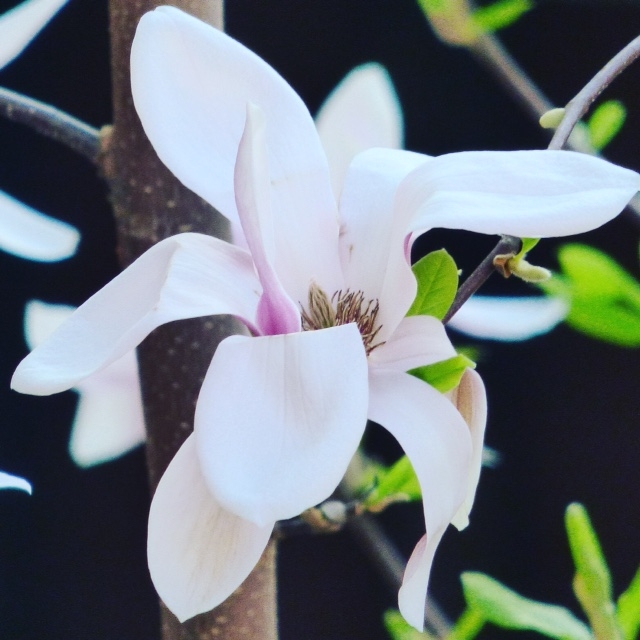 We took lots of clothes for Eddie with us, but all he wanted to wear was this green sports top. My mother-in-law even queried as to why he was always wearing the same green top. Here he is, climbing on an old cedar tree in the park. 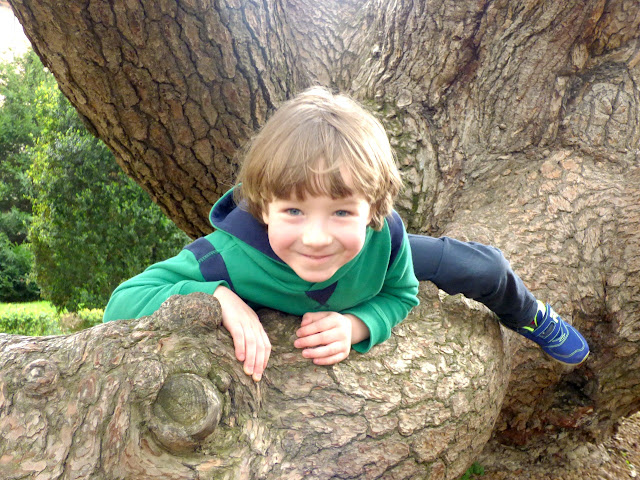 On Thursday we travelled back home. Bye, Italy! It was less stressful than the trip to Italy. The flight was delayed by about half an hour. My only issue was that they didn't have any food except the ham sandwiches and sickly iced buns. If you didn't want a ham sandwich, then you got nothing. There were no snacks. We did have some food with us for the boys. But paying so much for the pleasure of flying with BA, you would expect better service. With the economy flight you get a varied menu to buy from. We spent almost a thousand pounds on the tickets for four of us, and the food was barely edible and there was no choice whatsoever. 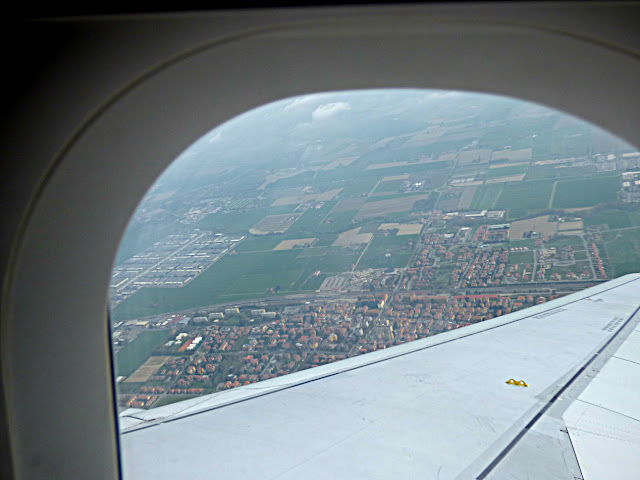 I missed our garden. It is so pretty now, with a lot of hyacinths in full bloom, daffodils, grape hyacinths, primroses and plum blossom. 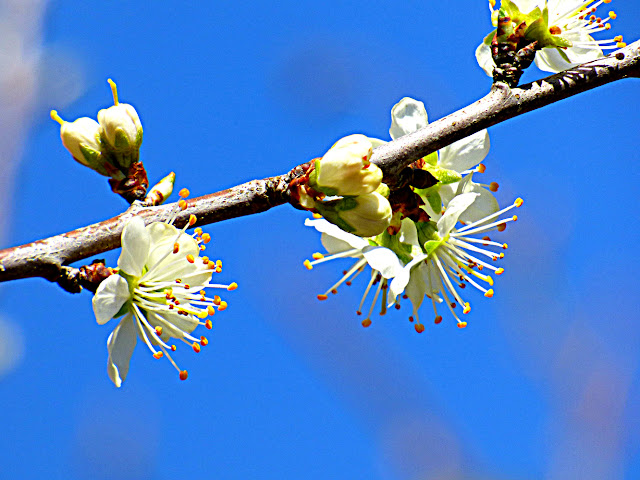 This morning I popped into the garden just to check if we need to wear coats outside or if it's warm enough without any. The sky was criss-crossed by the airplanes. 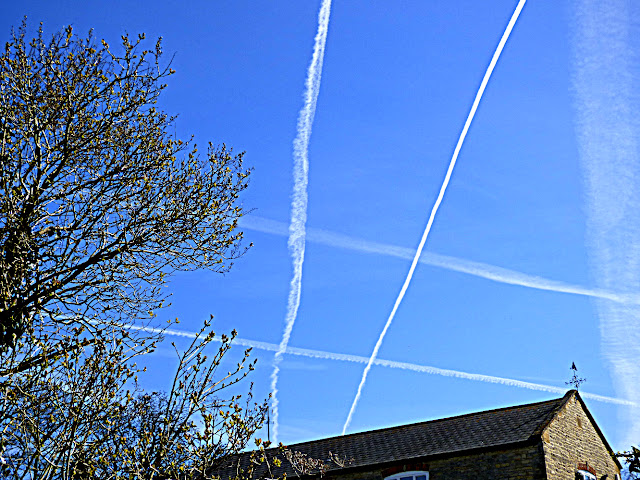