Sunday was a relatively quiet day. Eddie went to the church with his Dad, as he enjoys the Sunday school and the tea party after the service. He always insists on taking biscuits or chocolates with him, as for him this is part and parcel of church-going.
Our garden is not as full of flowers as it was back in summer, but there is still a splash of colour from cyclamens. 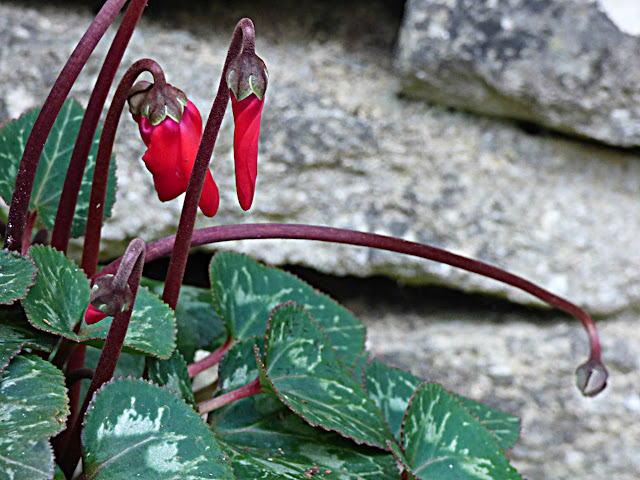 On Monday morning Eddie woke up with a fever, so I didn't take him to school. He spent most of the day on the sofa, unusually subdued and quiet.
We still have plenty of apples in the garden. Nobody wants to eat them any more. 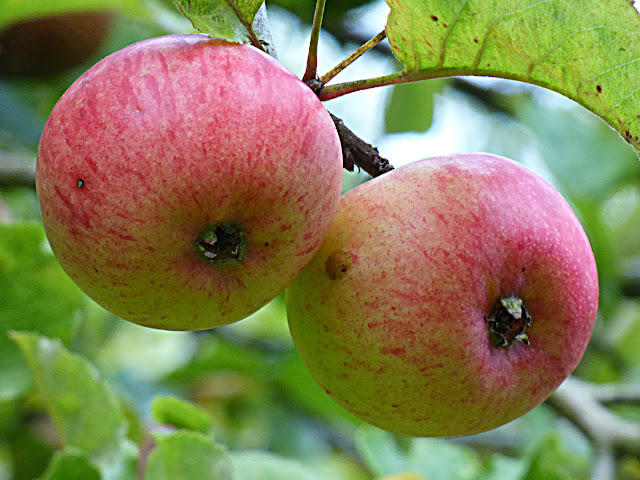 On Tuesday Eddie felt marginally better, no high temperature, but coughing almost non-stop. Both of us didn't sleep well because of his cough. But he cheered up a lot when a huge parcel arrived in his name. It was a super prize from Playmobil magazine, which we have been buying for years. I have been entering their giveaways for so long, and lost all hope. This was a big package, and as much as Eddie loved it, I think it could have made five little boys happy, and it would have been better split into five prizes. 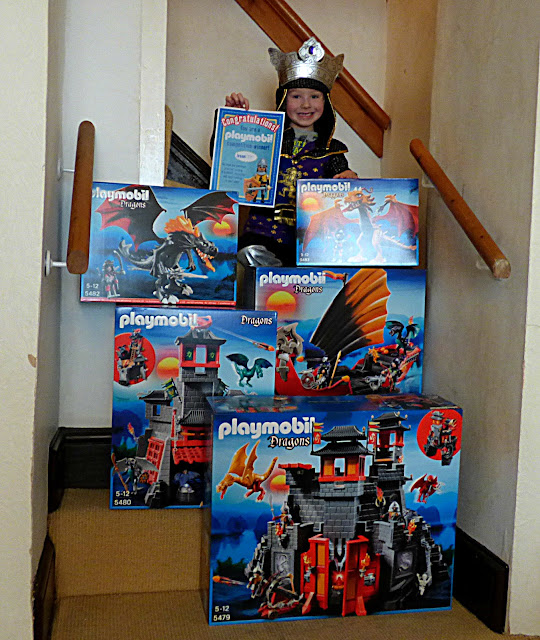 Another night of coughing, and I took Eddie to the neighbourhood hub to be seen by a doctor.
It was my blogversary date, as my blog has reached its 5-years' milestone. On the way home we stopped by in Costa, where I had a cup of latte and Eddie enjoyed his crisps with a glass of Fruit shoot (shock horror! but before throwing me in the lions' pit, just want to mention I very rarely buy this drink, only when we are out, and most of the time he drinks an apple juice). 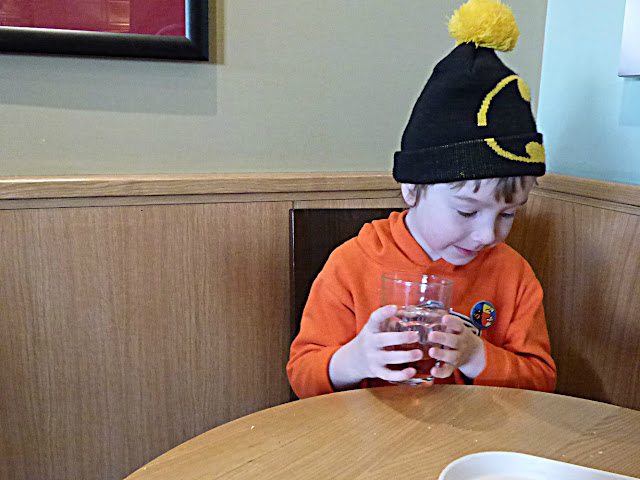 On Thursday we baked more cupcakes with Eddie, this time from a Star Wars cupcake kit. Boys gobbled all the cupcakes very fast. 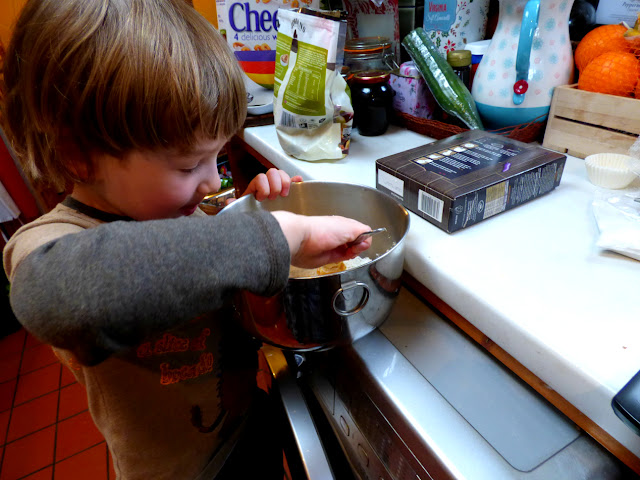 Friday was a hectic day. I was waiting for a list of ingredients and equipment to arrive by email at midday as well as instructions on what we were going to do the next day at the Grana Padano Top Chef Blogger Competition. I also promised to help my niece with her essay, which was a bad timing, as I needed to think of what I was going to cook at the competition. I needed a few minutes of fresh air in the garden, and saw this late pale strawberry. 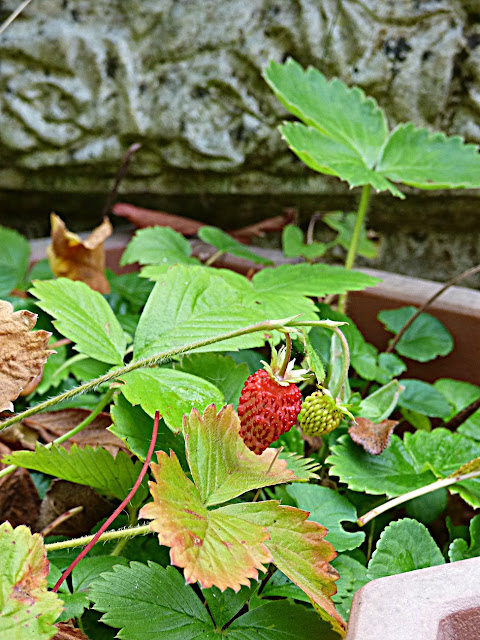 Saturday was a big day for me. I will do a separate post about the competition and how the day went. I was totally gobsmacked that I was chosen a winner. If I thought I might win, I'd have prepared a nice little speech. My main aim was to get to and back from London in one piece (I have an irrational fear of travelling on my own, and London is one scary place) and not to completely fail. That would have been a win already for me. But it looks like my ricotta cake with Grana padano was found a winning recipe. 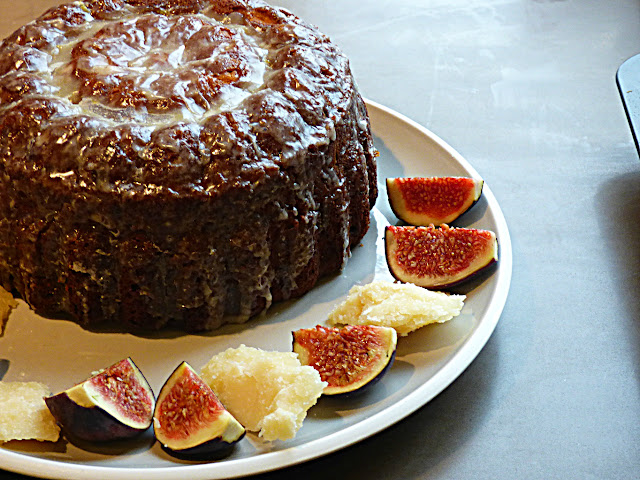