Degustabox September Box was delivered at the end of September, and has been appreciated by everyone in our family.
As always, this month's selection picked by the experts from Degustabox is varied and irresistible.

Each Degustabox costs £12.99 per month including delivery, a very reasonable price. There is no fixed contract, and you may cancel at any time.
If you haven't tried it before, now I'm offering you a whopping £6.00 discount, if you use a code
BLDEG15
The selection in the current food box is worth £24.97.
With the discount code above, your box will cost £6.99 (including delivery). Now if that's not a super offer, I don't know what is.

What did we find in the September food box? 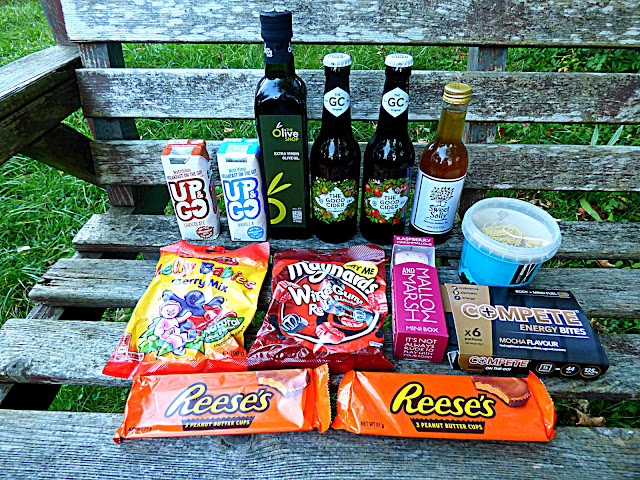 There were two bottles of The Good Cider of San Sebastian in two flavours - apple and pear. This craft cider is made using traditional methods and the freshest best produce. There are more varieties in the range including peach and wild berries. 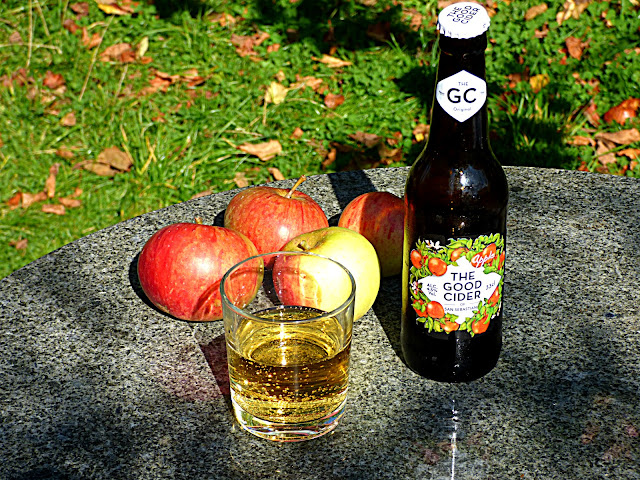 Apple cider was a delightful flavourful drink, full of apple goodness. I baked an apple cider pound cake with it, and it was a big hit with my guys. 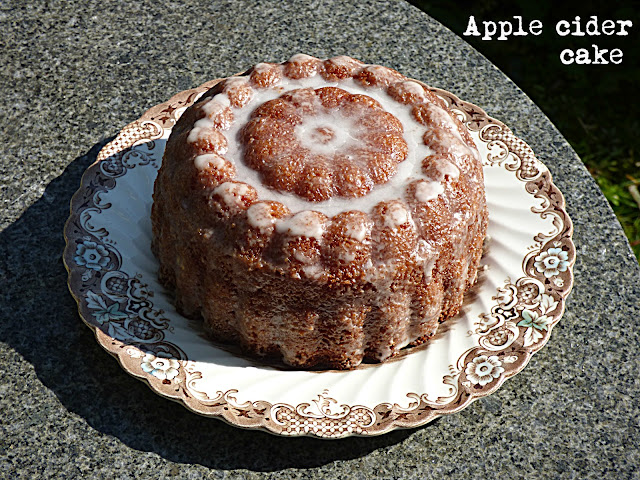 The Good Cider of San Sebastian Pear (4.5% alcohol) is a sweet, aromatic, lovely light alcoholic drink. It's been produced in Spain since 1964.
I used half a bottle of pear cider in cooking. I grilled chicken mini fillets pre-marinated in mango and chilli (found in Tesco). Then I cooked a sauce from about half a bottle of pear cider reduced in a pan and mixed with 170ml single cream. Put the grilled chicken fillets in the sauce and heat through together. Serve hot.
I have cooked a cider and cream sauce in the past, using the apple cider, but the pear cider works as well, and gives a wonderful sweet flavour, with a hint of alcohol. 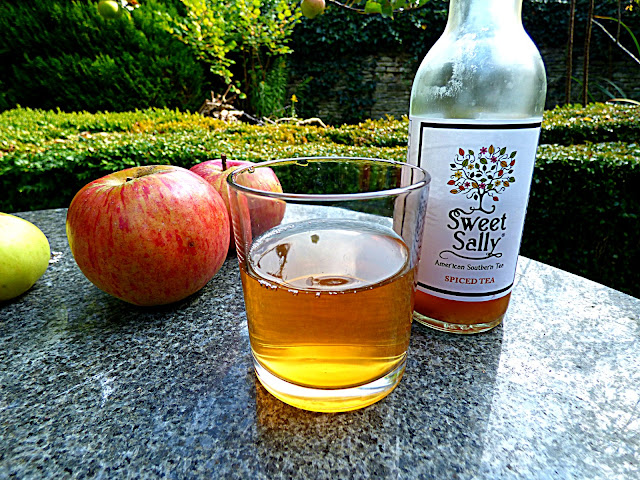 Up & Go in Chocolate and Vanilla - though it is supposed to be a breakfast meal, my younger son had it as an after-school snack, and enjoyed it very much. "It has been specifically created to provide a nutritious breakfast for people on the move, Up & Go delivers all the protein, calcium and fibre of a bowl of cereal and milk in a deliciously smooth drink."
It is high in fibre, protein and contains wholegrain oats. I'm not a big fan of shake drinks for breakfast, as I need something with a bite, even a toast. And of course, I cannot function without a cup of tea in the morning, so as a breakfast substitute this won't work for me.
Eddie enjoyed the chocolate version more than the vanilla. He liked it so much, that I have already bought a couple of them since he tried it (we found a selection of Up & Go in the local Waitrose). 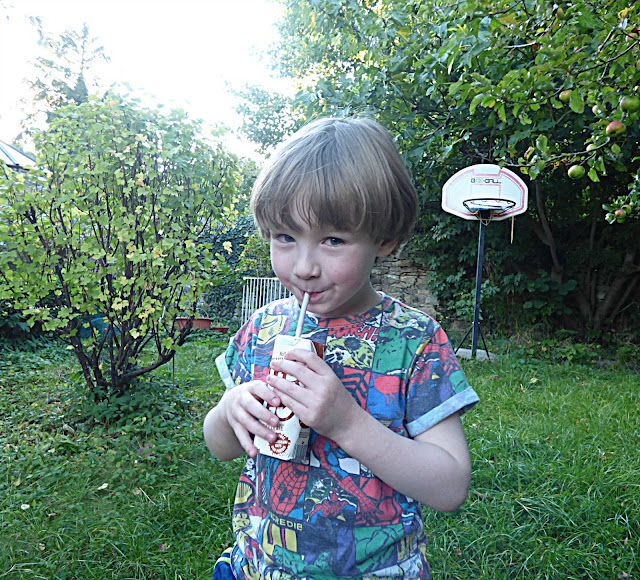 Mallow and Marsh mini box - 3 raspberry marshmallows were a big hit with my guys. They are not your usual bog-standard marshmallows, but are Lady Marys of the marshmallow world. Sophisticated and classy. 100% natural and full of flavour. They contain 44.6kcal per cube. Pretty and very moreish. 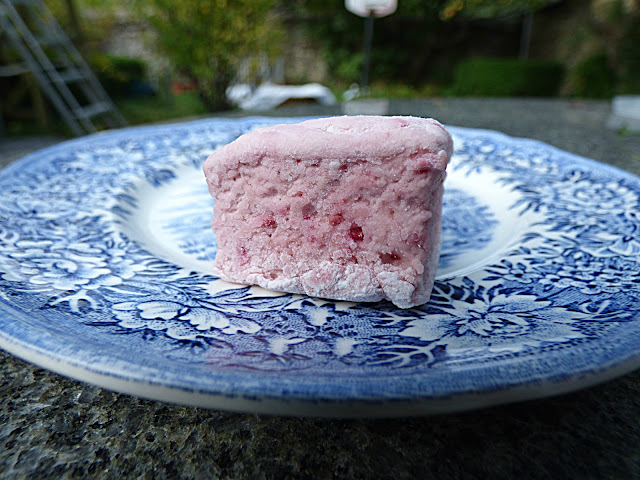 Maynards Wine gums come in blackcurrant and strawberry flavours. These chewy treats have quite a big fandom. They disappeared fast here... 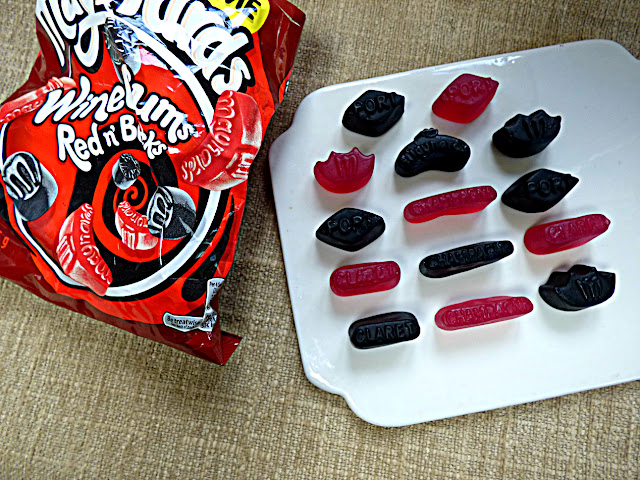 ...though what really made us squeak with pleasure was a pack of...
Jelly babies from Bassetts. I confess we are quite partial to these soft fruity chewy candy. Berry Mix is a new variety. Lovely indeed, in blackcurrant, raspberry and strawberry, though we did miss the classic lemon, lime and orange flavours. Jelly babies in Berry Mix are made with natural ingredients, colours and flavourings. 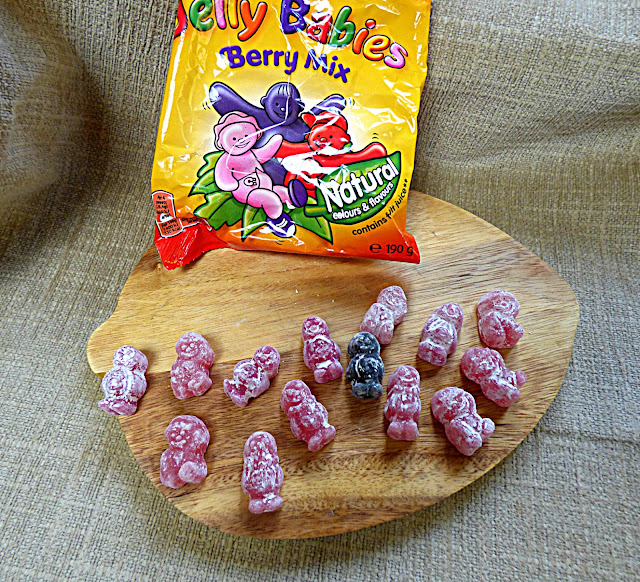 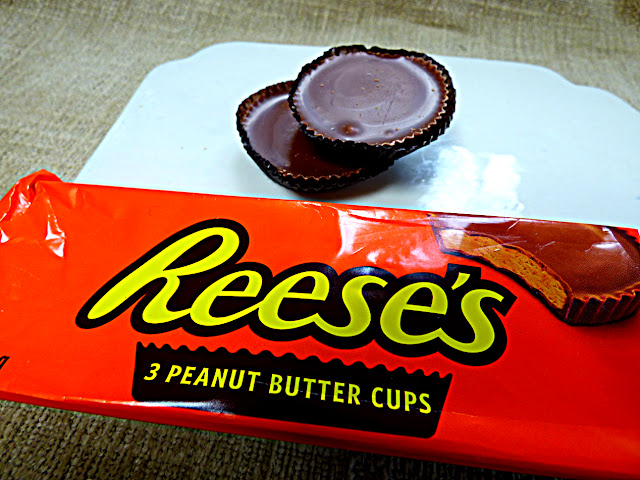 Kent's Kitchen Spicy Szechuan Posh noodles are a more sophisticated version of noodles in a plastic cup. This kind of fast food has its place on the market, as these pots are handy to have in the office when you cannot spare much time for lunch. They are low calorie, low fat and could be stored in the cupboard for quite a while. You only need to pour in water and stir.
The noodles are made with free range eggs, and the spicy seasoning is a mix of caramelised onion, yeast extract, dried vegetable powder (leek, mushroom, onion, carrot, garlic), salt, ground herbs and spices (szechuan, cassia, coriander, ginger, cinnamon, fennel, star anise, black pepper, bay), dried tomato etc.

I didn't quite fancy eating noodles from a pot, so decided to cook an Oriental-style soup with pre-soaked dried mushrooms, celery, spring onions, carrots and chicken stock made with the remains of the chicken (some bones and wings). I broke the noodles into smaller pieces and added the contents of the pot to the soup in the last couple of minutes of cooking. It was a no-fuss, easy to cook soup, and we enjoyed it.

Compete Energy Bites (Mocha flavour) are a food supplement containing caffeine, sugar and sweetener. There are six portions in a package. 1 portion contains 44kcal and 135mg caffeine.
As my sleep is often interrupted (part and package of being a carer), there are days when I feel pretty tired, especially around 3pm. My eyes feel heavy, and I wish I could have a nap, but it never happens. School run and active boys at home means that my energy levels are quite low by late afternoon.
I was a bit skeptical about the energy bites, but having tried them on six days, I discovered that they actually helped. I haven't felt any afternoon slumber. I wouldn't take them or any other energy pills or drinks on a regular basis, but these bites would be handy to have around, for when you feel lacking in energy and need to stay alert. The list of ingredients reads a bit like a Mendeleev's table of chemical elements. Not suitable for children, or pregnant women. They are sweet and coffee-flavoured. 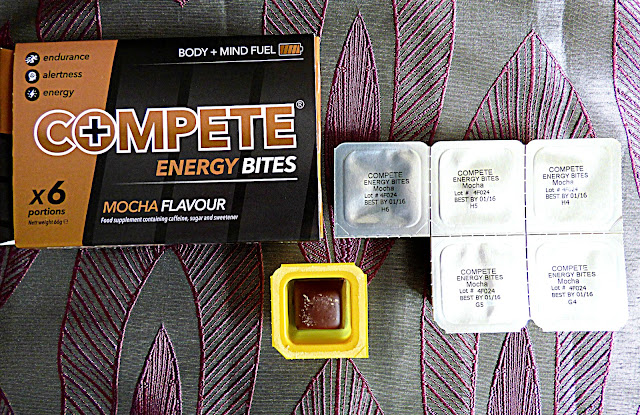 The Olive Shop Extra Virgin Olive Oil is Degustabox's Discovery of the month. When I grew up in Russia, olive oil was something totally exotic. I most likely tasted it for the first time in mid-20s when I came to the UK to study. These days I use olive oil daily, different varieties in a wide selection of meals.
The Olive Shop extra virgin olive oil is produced in Greece, and has an intense fruity aroma. I have been using it a lot since the food box arrived, and by now it's almost all gone. 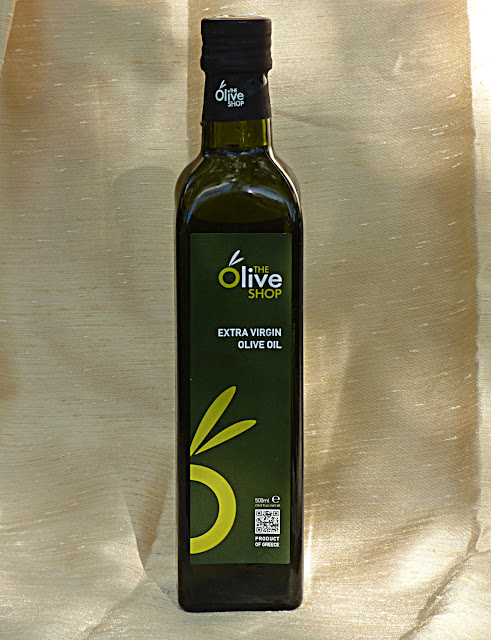 The contents of each food box might vary slightly, depending on which Db's Discoveries you receive. I've seen other bloggers posting images of artisan popcorn, green tea and miracle noodles.

You can find the latest Degustabox news on Degustabox FB page and DegustaboxUK on Twitter.

Disclosure: I received the food box for the purposes of testing and reviewing. All opinions are recipe suggestions are mine.
Posted by Galina Varese at 16:41:00