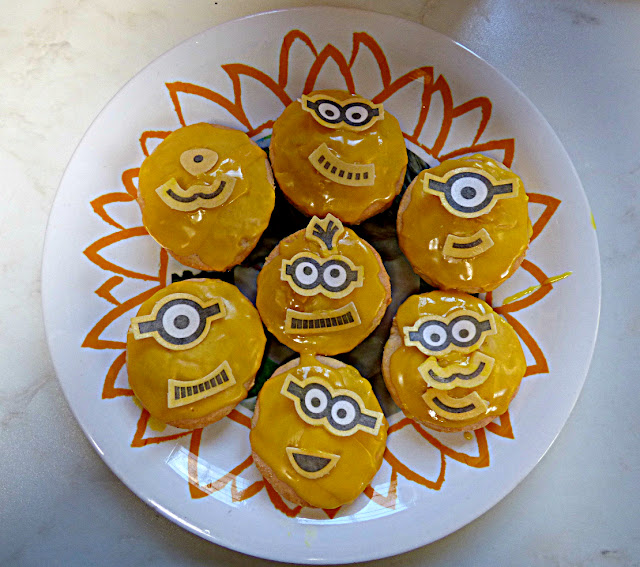 When you're feeling poorly, make your own Minion biscuits (old folk saying)

Last Sunday Eddie persuaded me to pop into the local 99p shop for some junk delicious snacks. We got some Haribo sweets, supposedly for Halloween, but most likely gone long before then. Then Eddie spotted lines of Minion-emblazoned boxes: "Mummy, I want to bake some Minion cupcakes". We did bake some a few weeks ago, so without paying much attention, I grabbed a box and propelled us both to the cashier to pay. I remembered how much Eddie enjoyed putting the Minions together. 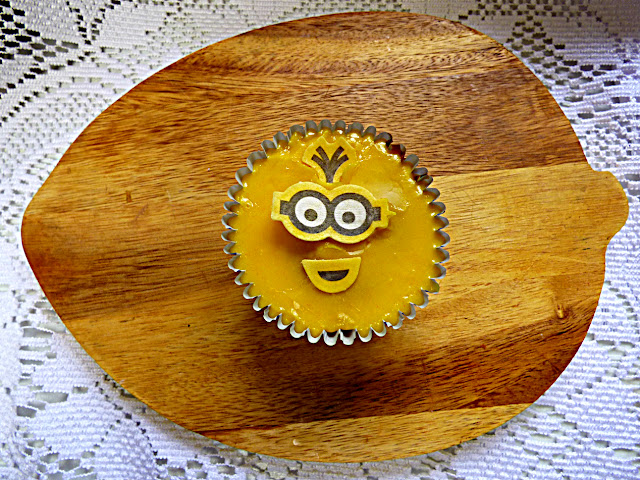 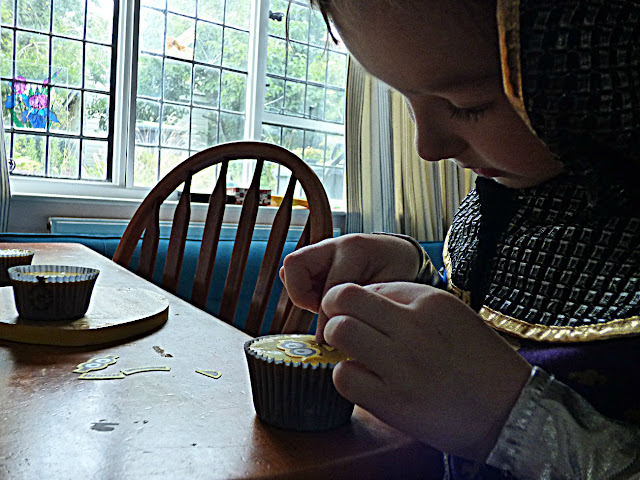 Yesterday Eddie woke up with a high temperature, which meant no school for a couple of days. Then as it is often with little people, one moment they are wilting like a little flower, the next they perk up and are ready to jump for Great Britain. I suggested we bake the cupcakes.
Without looking I opened the box, took out the sachets, emptied one of the bags, added an egg and then realised that I wasn't supposed to add any eggs. 'Cause it's not cupcakes we are making but Minion biscuits. Oh no, what do I do now? Never mind, we'll just add more flour to the mix to make a biscuit-type dough and roll it out.
We cut out 7 biscuits, baked them as suggested for 10 minutes. Then we waited a bit, mixed up the icing with water and spread it over. 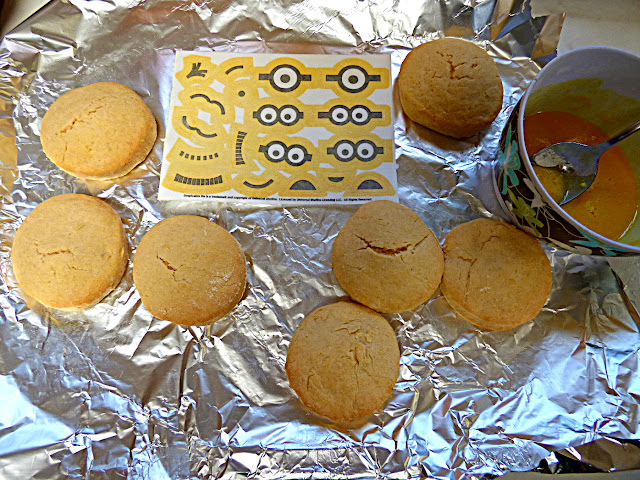 Eddie was in charge of decorating the biscuits with the rice paper delicately named waferettes with Minions-images.
If I didn't add the egg, I suppose the shortbread biscuits would have been flatter.
There are no artificial colours or preservatives, and they are suitable for vegetarians.
Overall, a great bargain at 99p. Both boys loved the biscuits, and it was fun to bake and decorate.
They are not exactly haute cuisine or health food, but they cheered my little man a lot on a day when he was not feeling well. And for that, they are priceless. 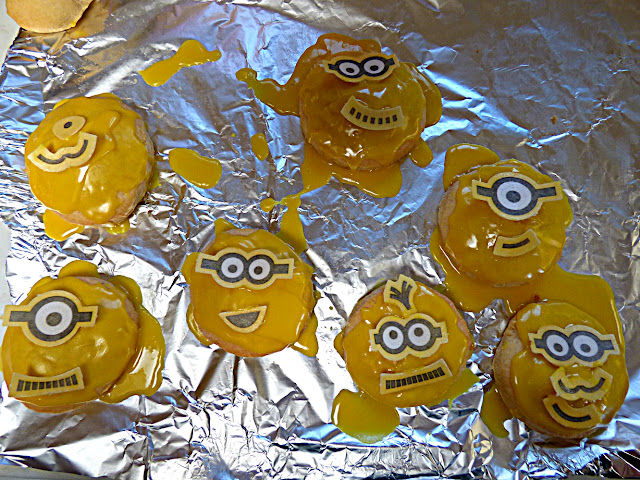