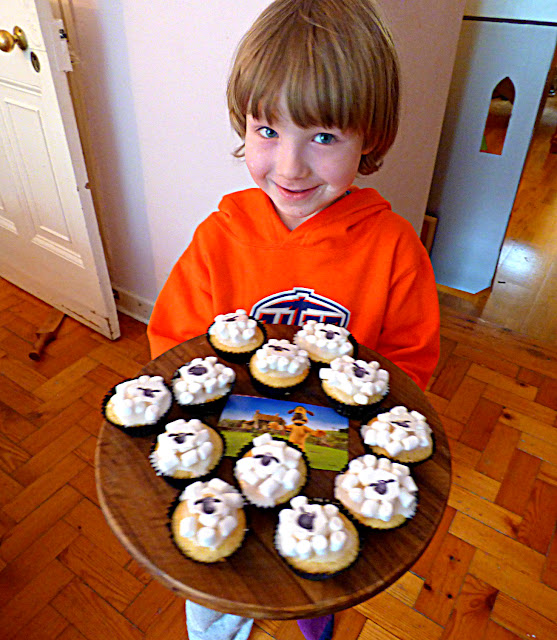 Last Sunday my boys and I baked a batch of Shaun the sheep cupcakes for Father's day. I appreciate that our Papa might not be the biggest fan of Shaun the sheep, but it was Eddie's choice. And as it happened, Papa was mighty pleased with the cupcakes.
We found the Shaun the Sheep Marshmallow Cake Kit in one of the supermarkets. I suspect all of these themed cupcake mixes (Frozen, Minions, Peppa Pig etc) are exactly the same, apart from the rice paper transfers and the extra decorations. What did we  find in the kit? 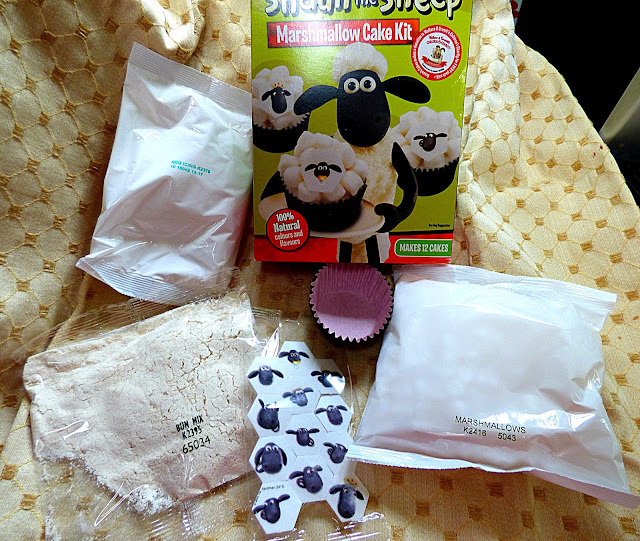 This pack contains a Vanilla cake mix, icing mix, a bag of marshmallows and waferettes.
You need 1 medium egg plus  water.
To enrich the taste we used 2 medium eggs and cold milk, as well as zest of 1 lemon and lemon juice for the icing.
Whisk the cake mix with the eggs and cold milk, spoon the equal amounts into paper cupcake cases (about 2tbsp per casing).
Bake at 180C for 10-12 minites.
Mini-cupcakes turned out small but fluffy. 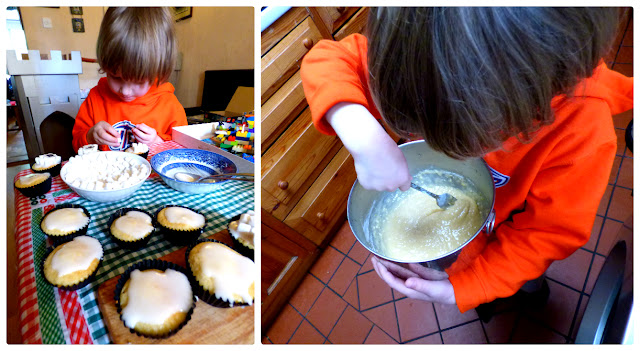 Then the fun part started. We mixed the icing sugar with the lemon juice until smooth.
Spread each cake with the icing, add a layer of marshmallows. Glue the waferette with the icing to the top of the "woolly" cupcake.
Enjoy your flock of sheep.
Even Sasha was interested in the process. I asked him if he wanted to join in with the decorating of the cupcakes, and he did three. Most of the cupcakes were decorated by Master Chef Eddie.

He told me I was doing it the wrong way, and insisted that the marshmallows should be standing rather than scattered randomly. 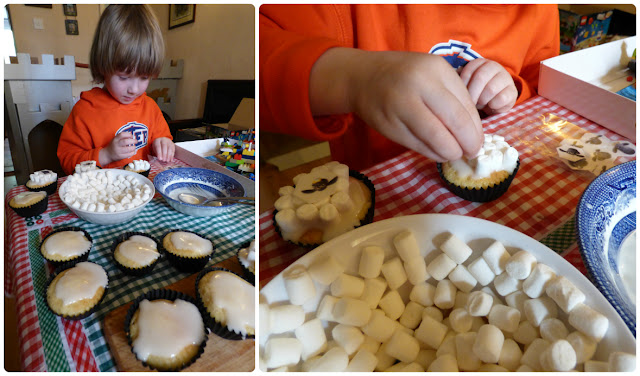 I said How about just dipping the iced cupcake in the bowl of marshmallows?

You can also cut out Bitzer the dog from the back of the box and set a scene.
One box makes 12 cakes.
The mix contains 100% natural colours and flavours. And by buying the pack you're helping with the fundraising - Green's cakes makes a donation to Wallace & Gromit's Children's Charity for every pack.
The cupcakes were a huge success with all three men of the house. I was pleased that Sasha joined in, as he recently avoids being in the company of his younger brother. And Papa was happy that his boys baked for him. 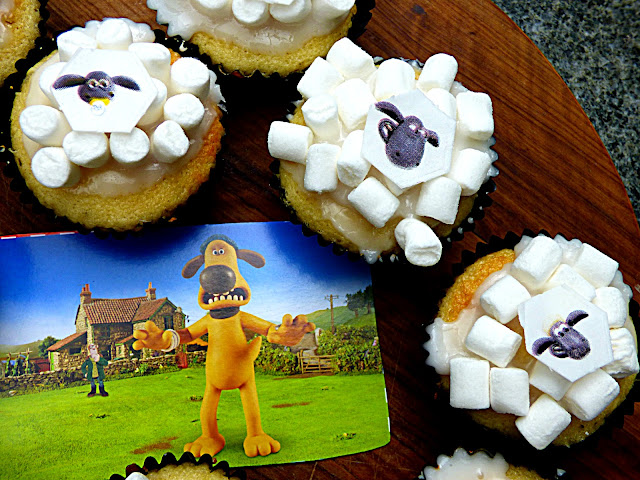 As you can see, Eddie was very proud of his culinary achievement.
I think we'll buy this kit again, as it's fun and so easy to use, especially with little people. 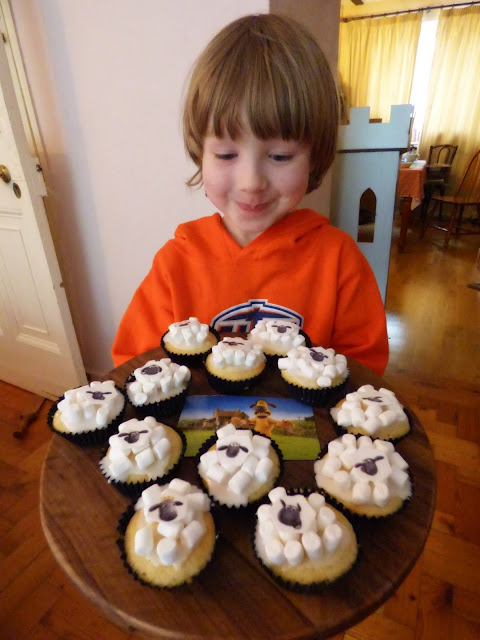