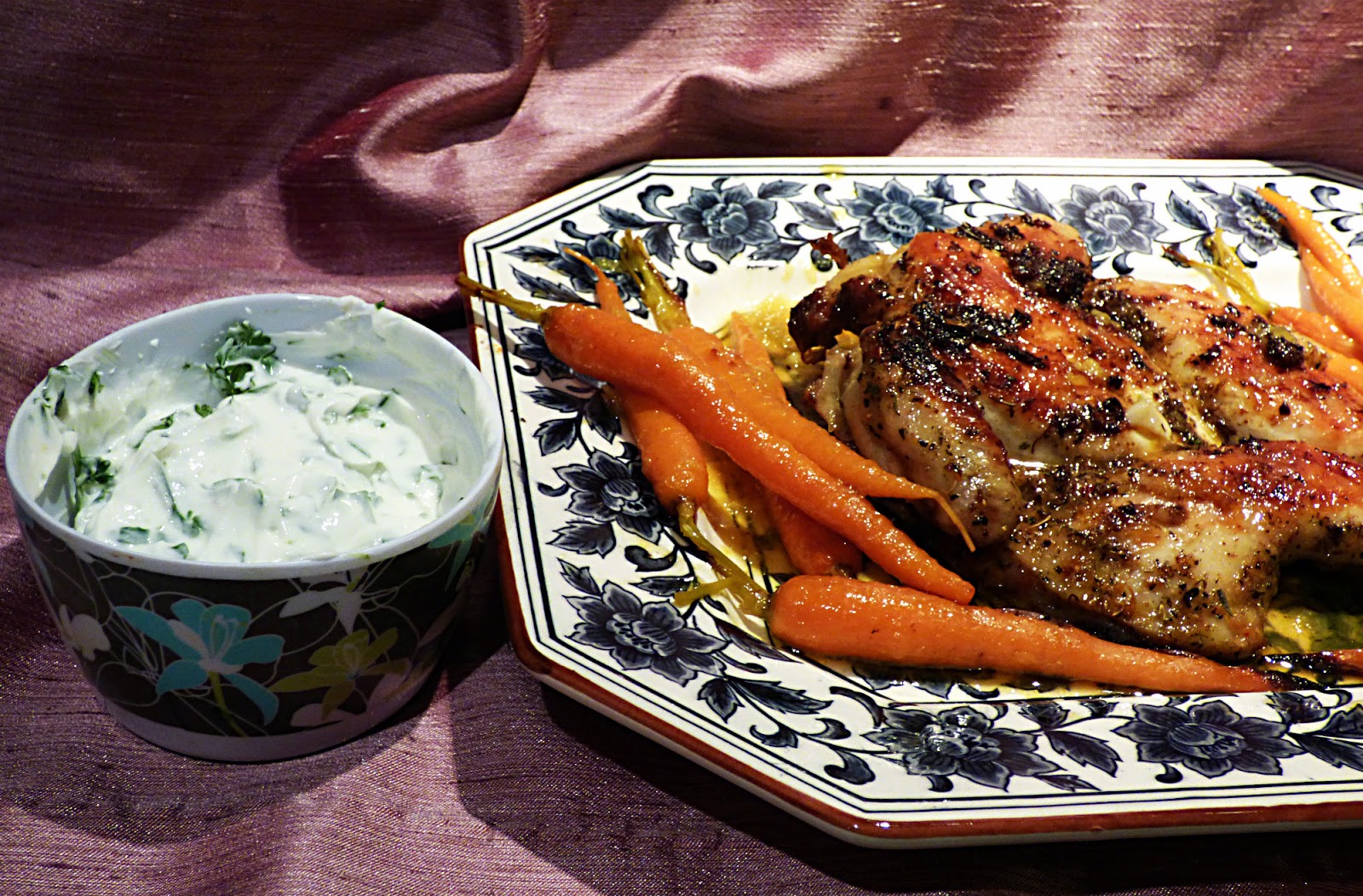 Georgian cuisine is not well known in the UK, and more's the pity. It is similar to Middle Eastern and Mediterranean cuisine, but at the same time it is unique and original. Georgian food is very popular in Russia, and the Russians have adopted many of the Georgian recipes, which are much loved throughout the former Soviet Union.
Whenever my Mum comes to visit me, I ask her to bring along a few packets of a Georgian spice mix called khmeli-suneli. It has a distinct flavour and aroma, and I absolutely love it. Imagine my delight when I discovered that I can now order it in the UK. Seasoned Pioneers offer an excellent khmeli-suneli among a big variety of spices from around the world. 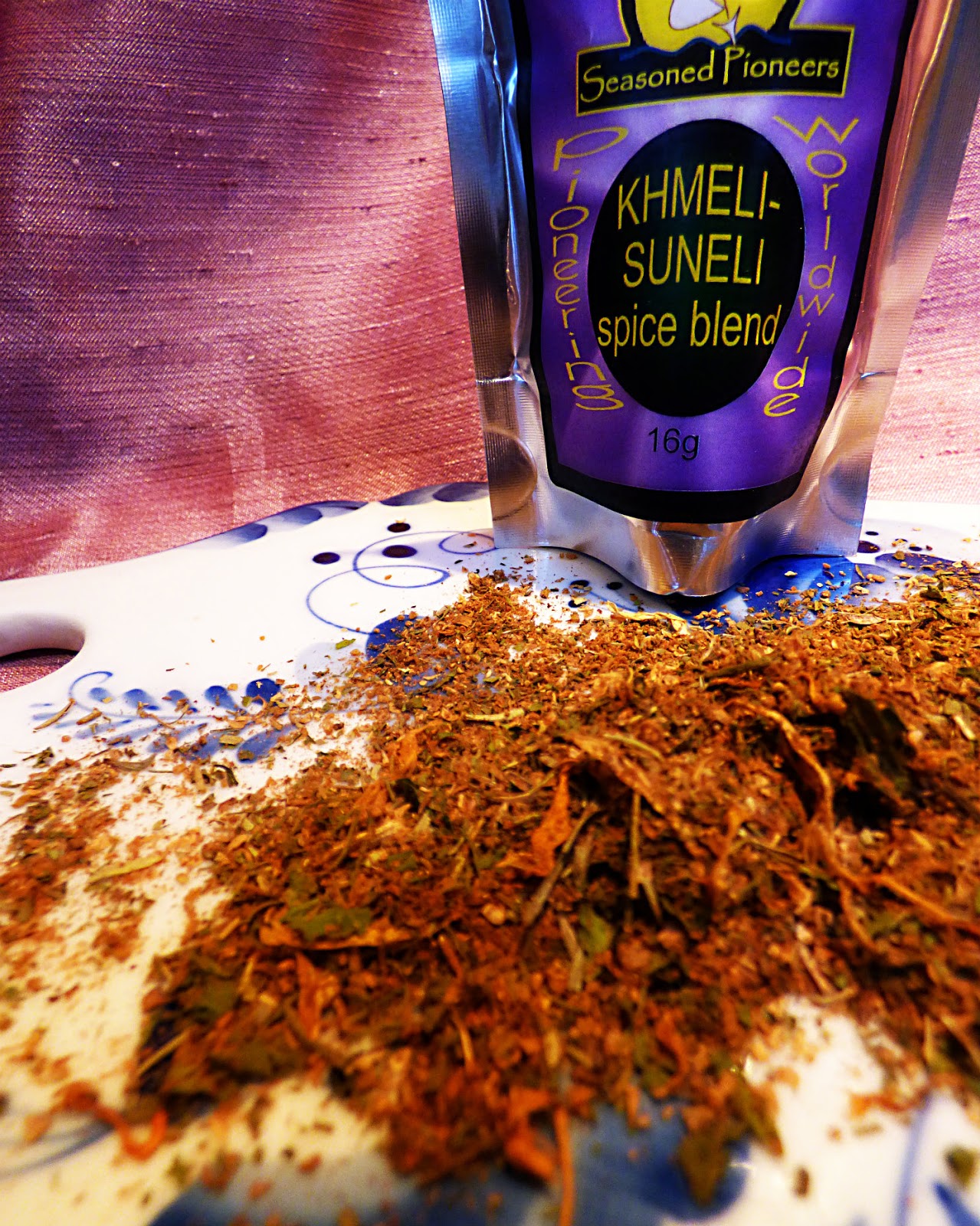 Open the sachet, and the smell is just wonderful. Coriander, cloves, cinnamon, fennel, mint, dill, savory, fenugreek and marigold petals, what a luxurious bouquet of flavours and textures.
Khmeli-suneli is widely used in marinades, soups, stews, as a meat rub, but the first dish that springs to mind is Chicken Tabaka. 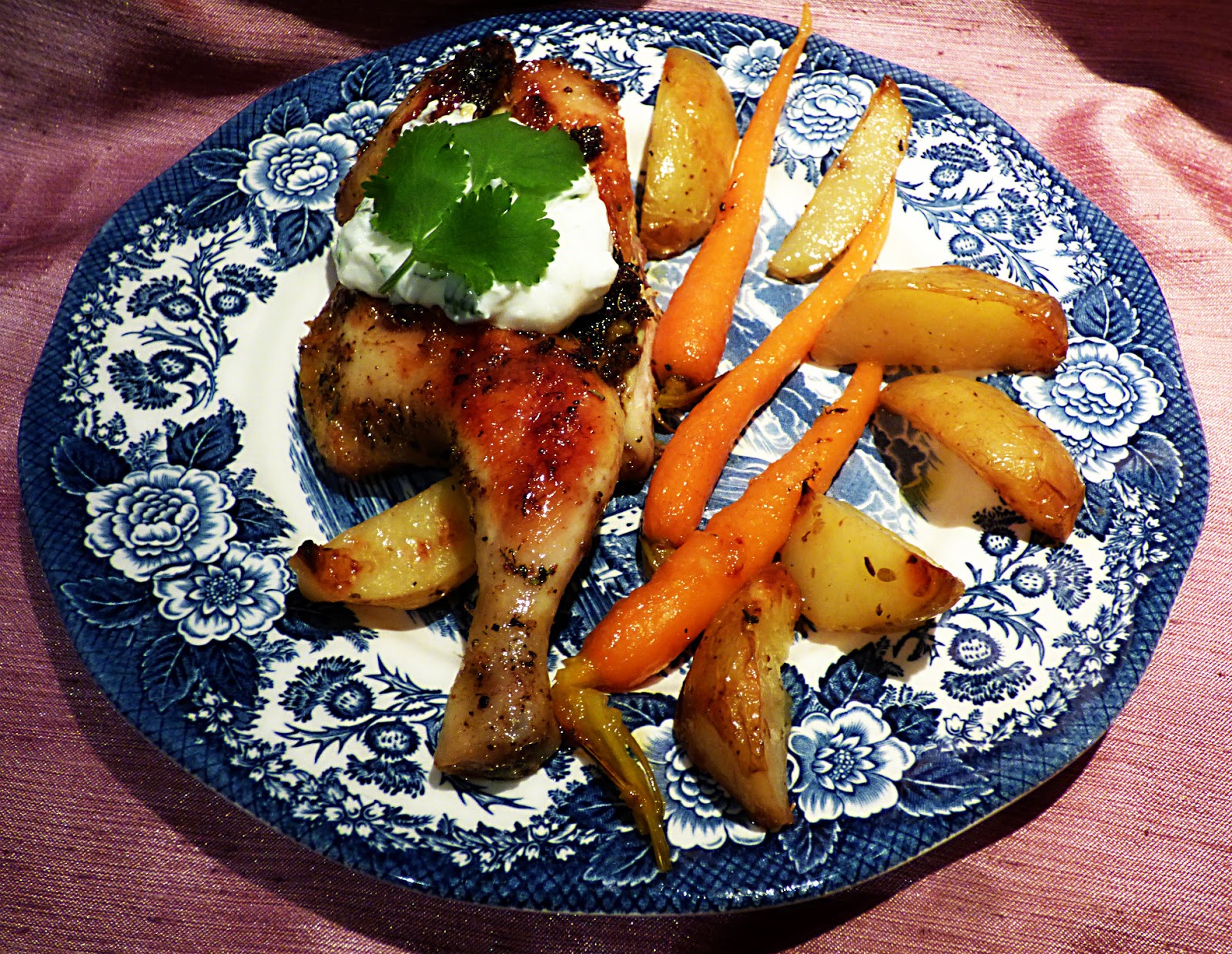 For this dish you will need a poussin or a small-sized chicken, ideally not more than 800g in weight.
Using kitchen scizzors, cut the poussin to butterfly or spatchcock it. You can also use a meat hammer to flatten it.

Press two garlic cloves through the garlic press and mix in with a tablespoon of lemon juice, a heaped tablespoon of khmeli-suneli, pepper and sea salt, rub the poussin with the mix. Let it marinade for at least an hour before cooking.
There are different opinions on when the garlic should be added. Some cooks swear by rubbing the garlic before cooking, some claim it makes the meat slightly bitter, so they prefer to rub it after the chicken has been cooked. I haven't noticed any bitter flavour, and prefer to add it as part of the marinade.
Heat the skillet well, add the oil and place the poussin in the skillet. Put a heavy lid over the poussin, so that it stays flattened. I put a heavy lasagne dish on top (just don't forget to wash it well after you turned the poussin over and need to put the dish again on top of it).

One of the sauces often served with the chicken tabaka is a garlic sauce made of grated/pressed garlic mixed with the broth or stock, but it is garlicky enough without the sauce. 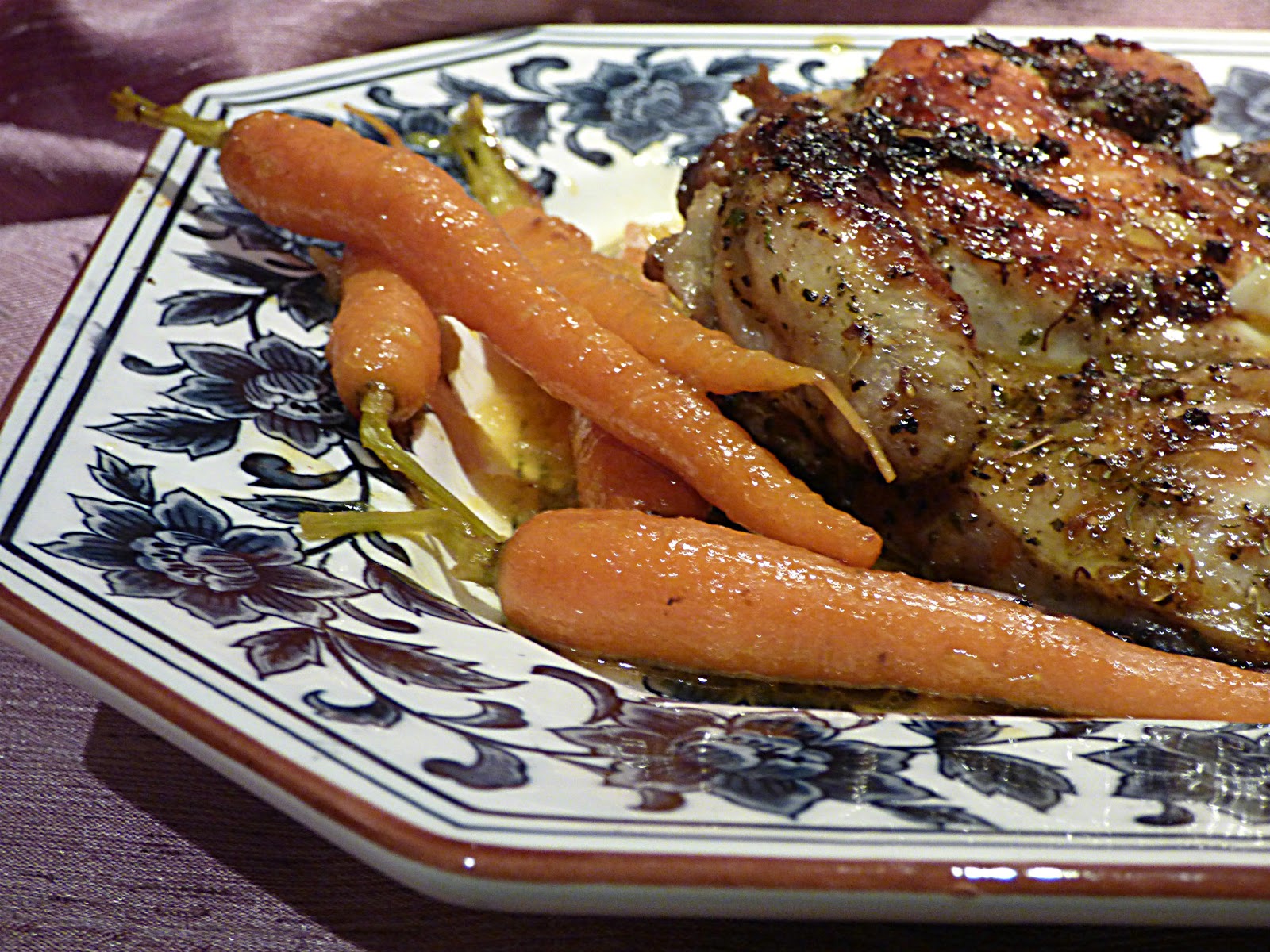 You could cook this dish with pieces of chicken, in fact a couple of years ago I did a blog recipe for chicken tabaka, using fillets and thighs. But for an authentic version, use a whole spatchcock bird. 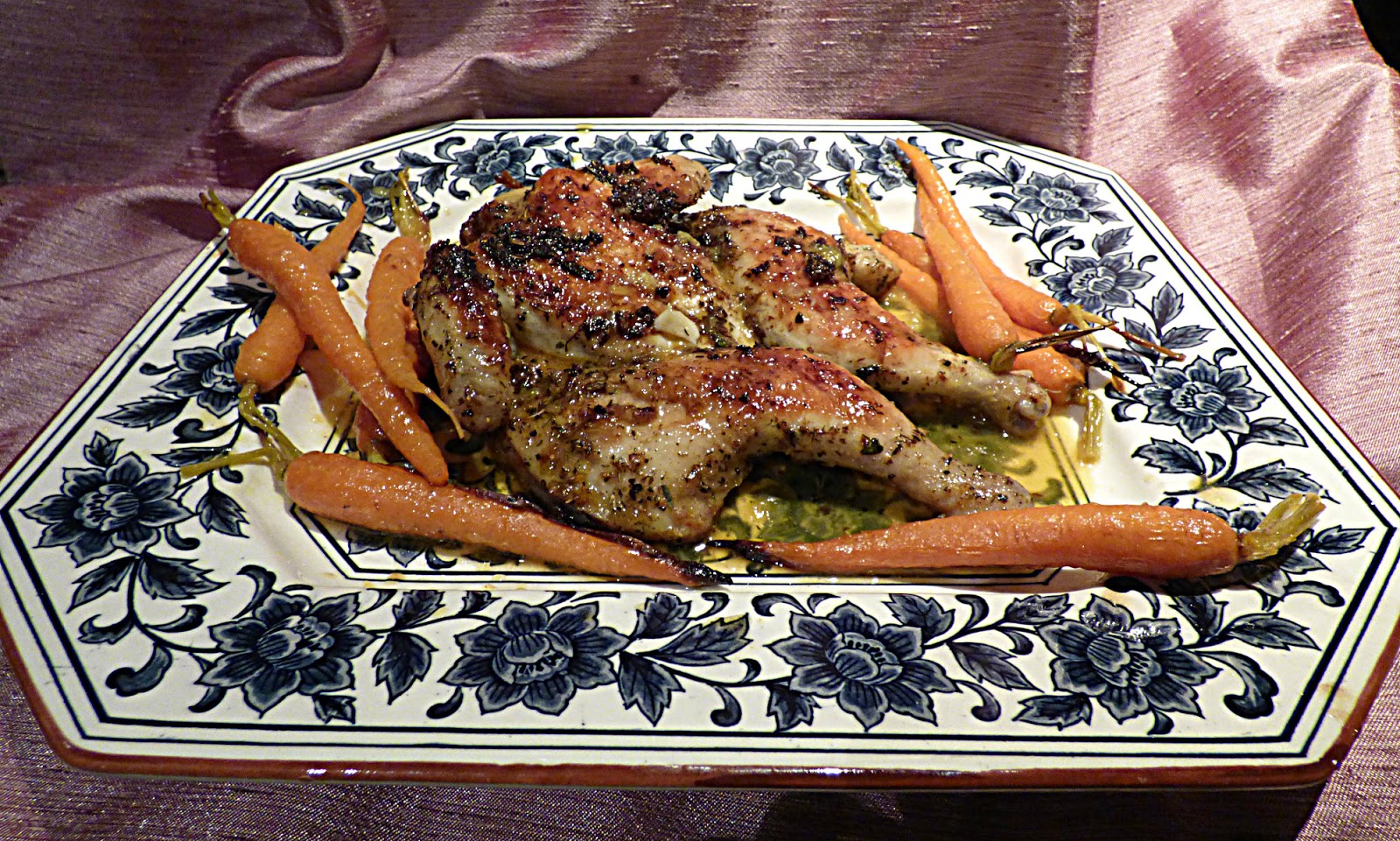 If you'd like to read more about Georgia and its cuisine, Darra Goldstein wrote a fascinating essay Georgia: Culinary Crossroads which I highly recommend.