Boys and their toys. The faster, the better. Who could resist a super fast miniature toy cars as they zoom throught the corkscrew track?

The Nano Speed range brings the super fast and collectable miniature toy cars to children across the UK.
With crazy power to weight ratio, the Nano cars are capable of defying gravity and pulling off impressive stunts never done before! 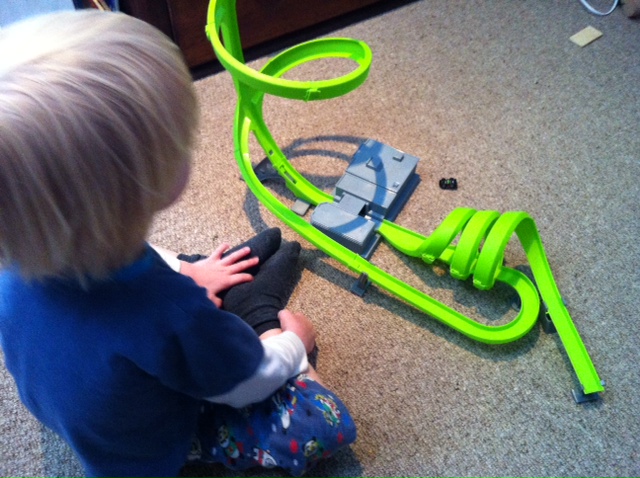 "Defy gravity as you launch multiple cars into the triple loop, watch them wind their way through an inverted corkscrew and 5 high intensity crash points. The vehicles are automatically boosted to hit maximum speed on a micro scale!"
Set comes with two exclusive Nano Speed cars.

If you plan to give it as a birthday or Christmas present, do not forget to include two D batteries, as the kit doesn't include them, and they are not necessarily the type that you would find in every household (at least, talking from our own experience). 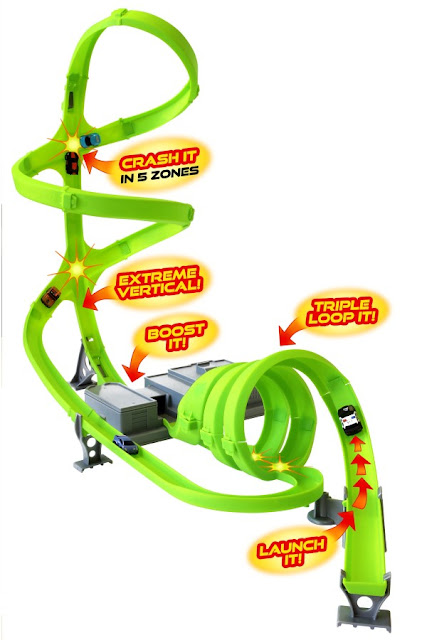 What does Nano Speed™ promise?


• It’s the smallest – with Nano Speed™ it’s maximum speed on a micro scale!


Does it deliver what it promises?
The instructions that come with the set are useful and clear. Though the set is not difficult to assemble with the parent's help, it could be quite tricky to do it for someone aged 6 (age specified on the box). The track sections have numbers on the back. The diagrams are clear. Level of difficulty is moderate (if you take into consideration the age of the possible recipient).
The main problem lays with the launch of the cars. When you pull the car to the back to launch it through the spiral, it doesn't always work consistently. I would say the ratio is 1 out of 10 times it will work.
Another thing about this toy: you cannot modify the track. You get what you see in the picture. So, after playing a bit with it, you might get bored. The conclusion is it won't hold any prolonged interest.
The toy costs £34.99. I appreciate its production must be costly, but from a parent's point of view, it is not cheap, especially if your child plays with it just once.
We were sent this toy for purposes of reviewing. All opinions are my own.
Posted by Galina Varese at 10:39:00