This recipe has been adapted from the version printed in Olive (issue 100). As soon as I have seen it, I wanted to try it. I kept it quite close to the original recipe but added a wild herb rub and changed some quantities to suit my dinner. 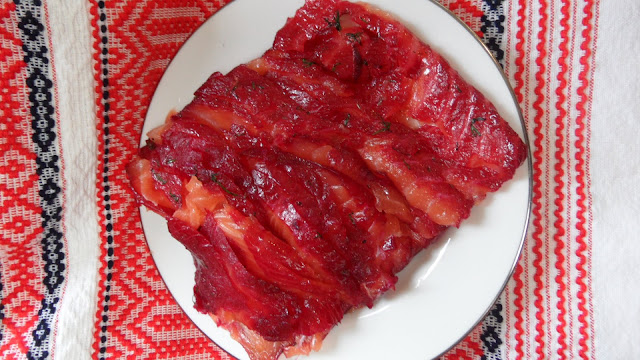 I have already written about the wild herb rub from Forage Fine Foods here.
It adds a pizzazz and oomph to an already lovely recipe.
Take your salmon fillet and place it in a ceramic tray on top of the clingfilm, skin side down.
In a separate bowl mix the grated beetroot, salt, sugar, wild herb rub and dill. Spread it over the top of the salmon fillet in a thick layer. Spoon over the vodka (the original recipe asks for a modest tablespoon, I was quite generous and added more than 3). 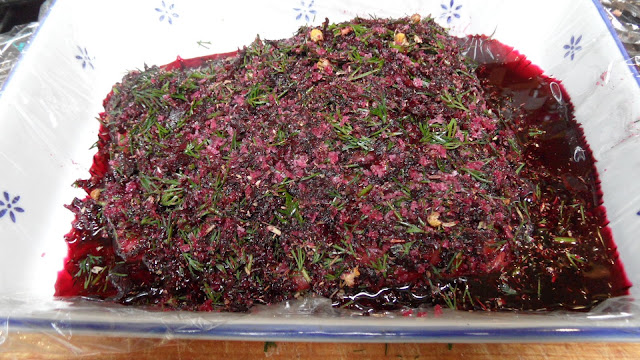 Wrap the fillet with the beetroot/herb crust in another couple of layers of clingfilm. Put another ceramic dish (I used a heavy lasagne dish) on top and weight down with a few tins. Put in the fridge for 24 hours.
Once ready, peel off the crust and rinse the fillet under the cold water. 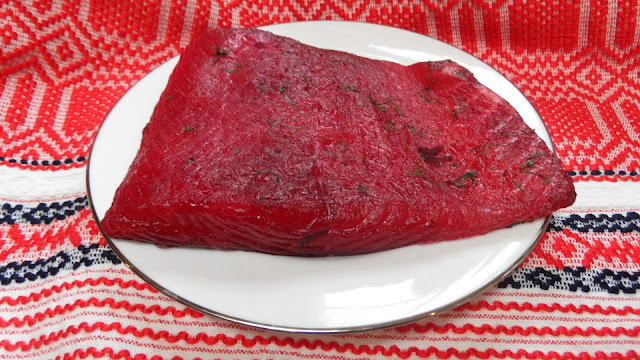 Using a thin sharp knife slice thin strips of salmon, leaving the skin behind. You can assemble it back on the skin to serve. 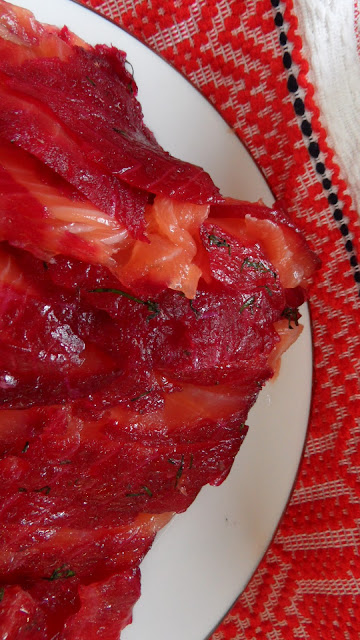 I served the salmon with the buckwheat blini (see the recipe here). 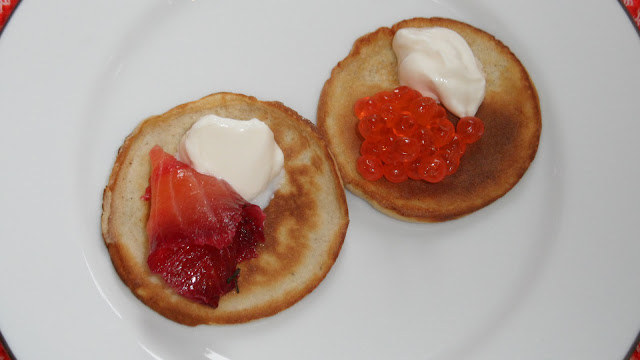 I offered my guests a plate of blini, a dish with the cured salmon, a small jar of salmon caviar (Alas, not some expensive caviar from Harrods, but a more modest offering from Waitrose) and creme fraiche. The idea was that everyone assembled their own blini.
I must say the salmon was extraordinary, very tasty and colourful, and I will be definitely using this recipe again.
Posted by Galina Varese at 10:57:00