I'd like to say something deep and profound at the beginning of my weekly post, but my brain doesn't co-operate.
Last week we were reading a wonderful story called A Factory Made Boy by Christine Nostlinger. The main character of the book, a boy called Conrad, is made at the factory and posted to his new parents in a big tin. It's so quirky but very sweet, with endearing characters. It's also amazingly feminist and modern, if you think that it was published in 1976.
While we were shopping on Sunday, Eddie pretended that he's on offer, asking me to buy him. He said he's a real bargain. And that's how we rock. 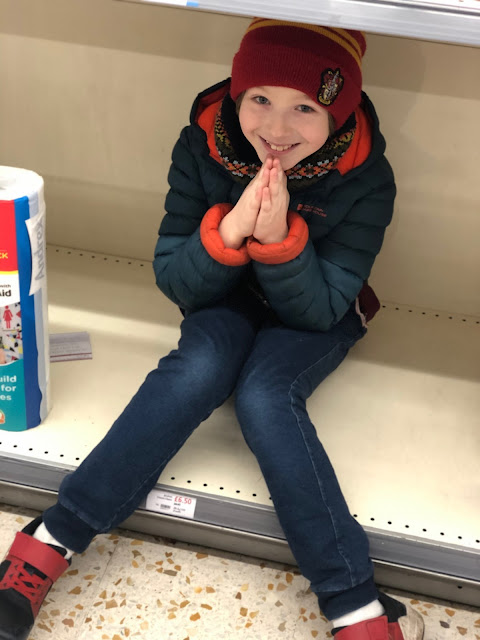 On Monday we walked through the fields, which later in the week got flooded yet again. Not surprising really, given the amount of rain we had. 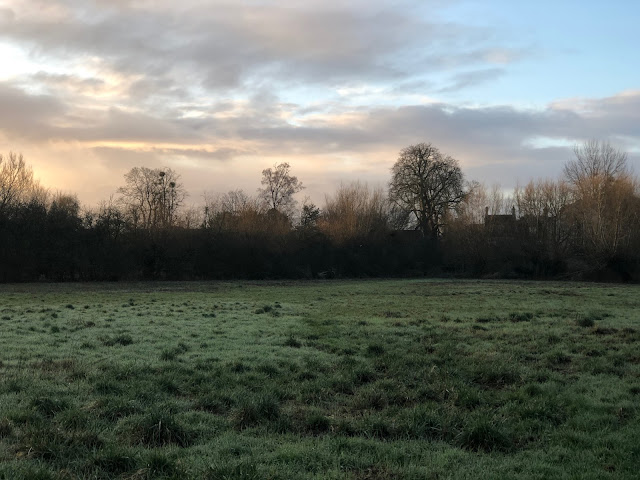 That evening I had a surprise delivery, with tropical foods. This is a hamper I won after Christmas on Insta. You had to say what you were grateful for. I said that on Christmas day I wasn't planning on cooking anything special, as it was just two of us, and my son doesn't eat any Christmas food. I would have been happy with cheese and crackers and fruit. But my friends brought me a big hot plate - a whole Christmas dinner, with all the trimmings. And they also brought a delicious brownie with cream. So, I said I was grateful for having kind friends who care about me.
When I told Eddie how I won, he said it was a very sad story. Now I wonder if I have joined the ranks of people who post sob stories to try to win prizes. It wasn't meant to be a sob story, it was such a lovely thing really, and rather uplifting, I thought. This kind gesture of my friends truly brightened my Christmas. 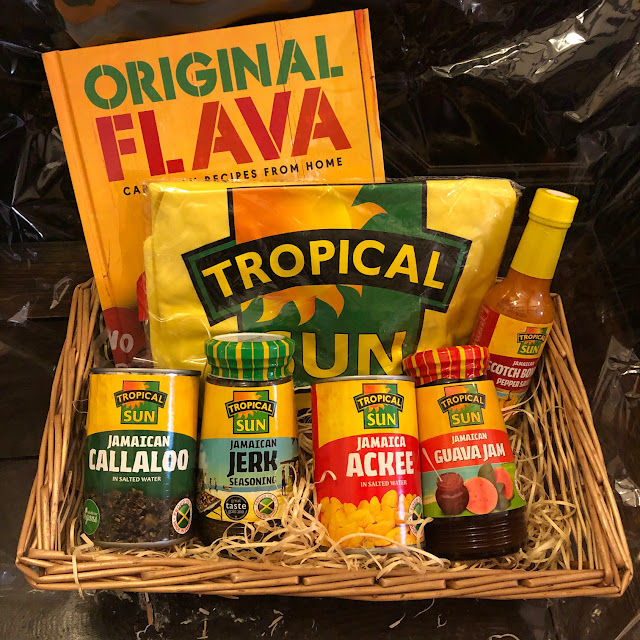 On Wednesday morning we visited one of possible respite centres for Sasha. He's turning 18 soon, and sadly the place where he stays overnight twice a month is only available for up to 18, and now we have a huge issue of finding a new place. There are hardly any choices in the county.

We visited the local one, in town. It's smaller than a place where he goes currently which wouldn't be too bad, but there is just not enough space. The dining room and sitting room are quite small, there is no play area (for obvious reason, as it's for grown-ups), the garden is tiny and has a table and benches, and nothing else. My worry is that Sash would be bored to death there, and ultimately he needs to enjoy a place where he would stay.
There are two more places to check out, both at a distance. One would take an hour and a half to travel by bus, another one we'd need to go to Oxford, take a train, then a taxi etc.

There is so much to do and organise in the next few months: we need to apply for the power of attorney, try to find a future college placement if possible for after 19, when the current school will come to an end, explore different respite options. So many worries.

I only took photos of the respite place that day, so here is a picture from the day before, taken in UE Roasters café. 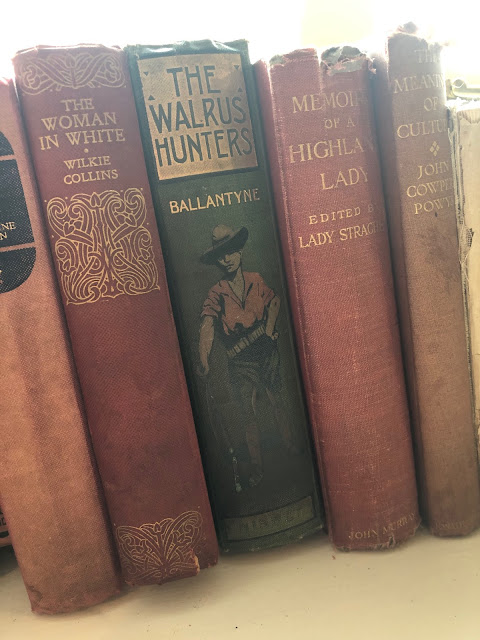 Having helped Sash to get on the school transport early in the morning, I saw the crescent, and the bird looking in its direction, as if watching the Moon. 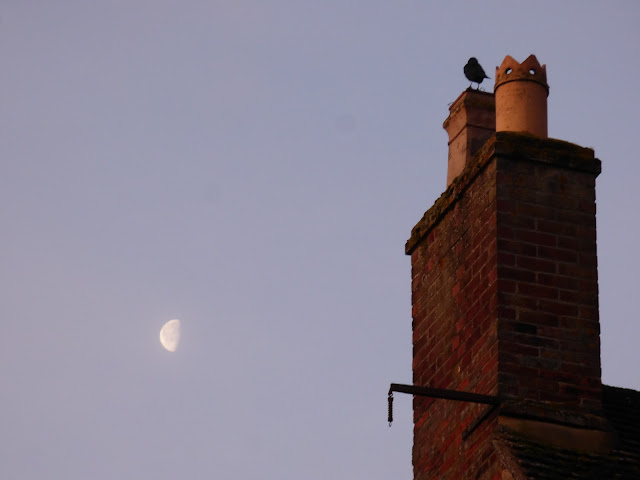 Friday snap - a shadow selfie, taken in the hall by the mirror. 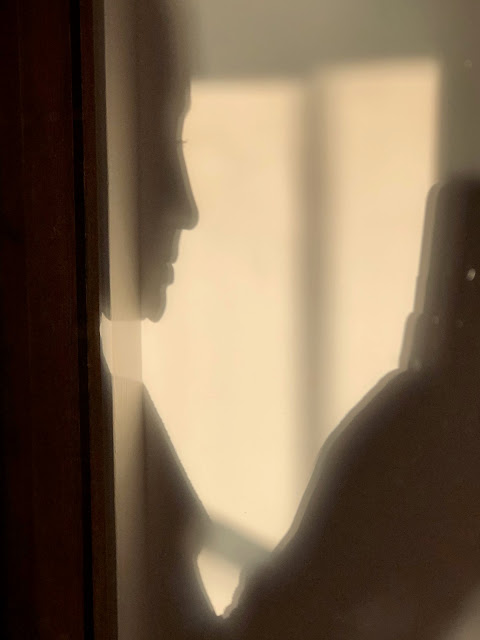 I started the week with a photo of Eddie, and ending it with another one. It's not because I don't take photos of Sasha, but I feel reluctant posting his photos. Eddie gives his consent for now, who knows how he would feel about it when he is a teen.
Yesterday we walked all the way to McDonald's, which is on the outskirts of town. On the way back we stopped at the playground, which was so muddy, our boots looked awful afterwards.
Edgars Limited never ceases to amuse us, simple souls. 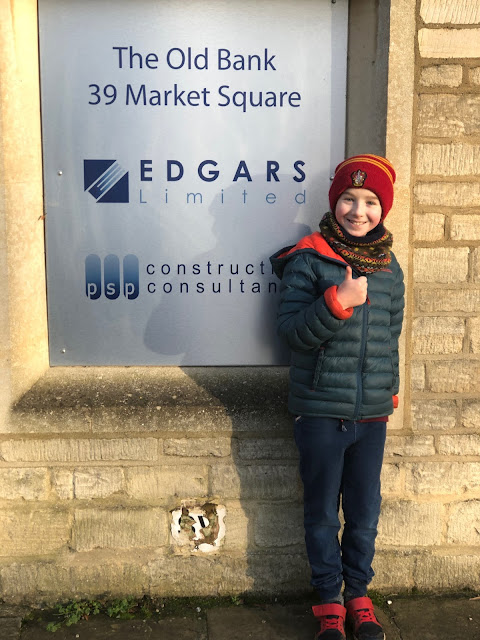 You are invited to the Inlinkz link party!
Click here to enter
Posted by Galina Varese at 12:00:00