Diary of an Awesome Friendly Kid by Jeff Kinney 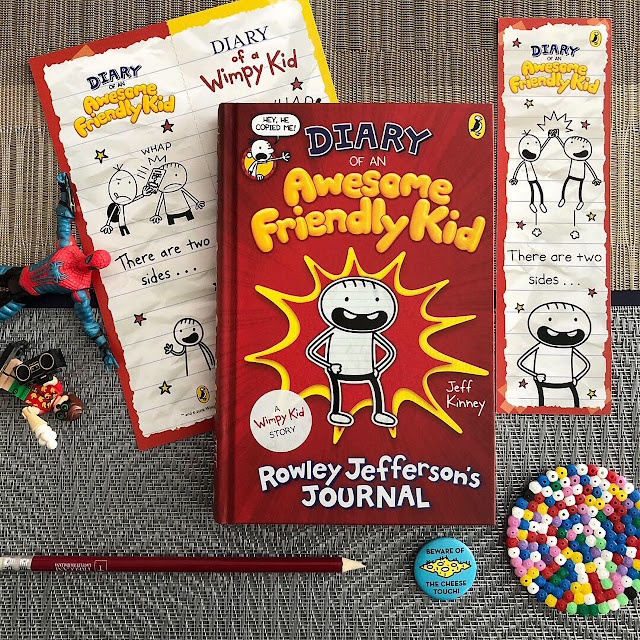 To say my son Eddie enjoys the Diary of a Wimpy Kid series is an understatement. We've read all books together, and he's also reread most of them on his own.
Eddie's bedroom is decorated with a bunting created for the previous series' installment... 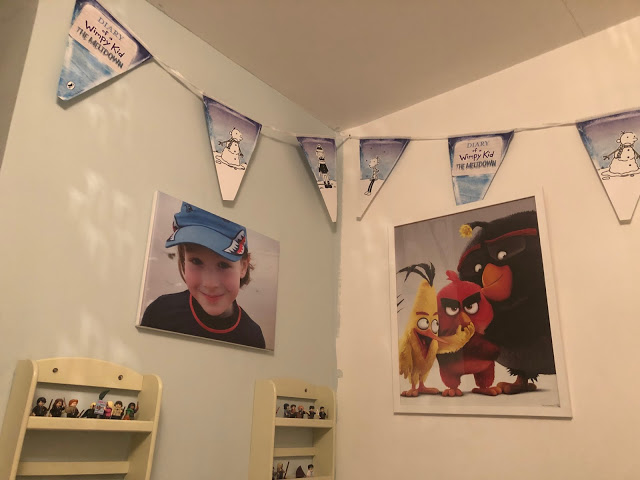 ...and he even went to school dressed in a Diary of a Wimpy Kid t-shirt for World Book Day last year. 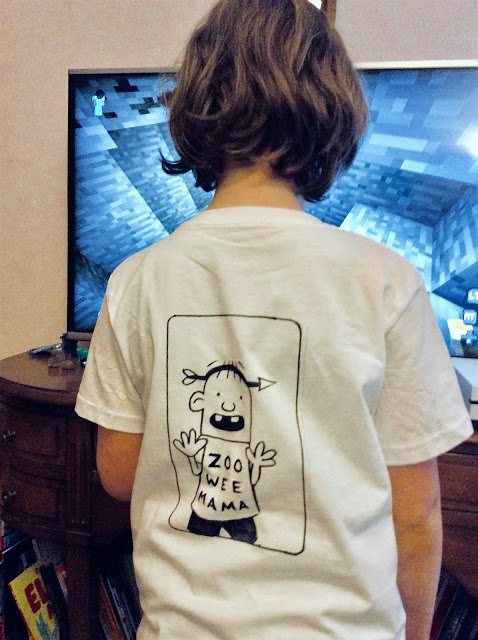 We preorder the latest books, as soon as we find out about the new releases, so we could definitely be called fans of the series.
The series is rather uneven - the first books were truly funny and inspired, the later books were getting repetitive and stale. Meldown, which was published last year, was a pleasant surprise after the fiasco that was The Getaway.

A few days ago, a Diary of a Wimpy Kid's spin-off - Diary of an Awesome Friendly Kid - was published (out on 9 April). As the slogan on the book posters says, There are two sides to every story.

And now we have Rowley Jefferson's journal. Only it turns out, it's again Greg-centred. 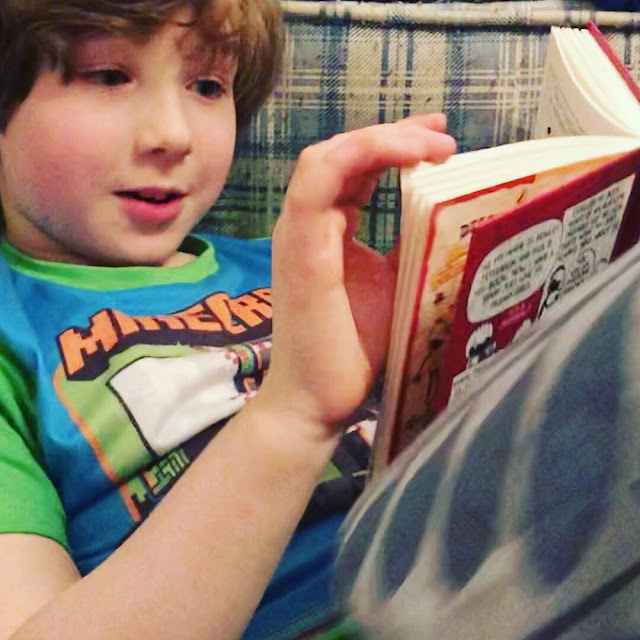 We already know that Greg could be a tyrant when it comes to his friendship, but in the previous books he had a lot of redeeming features. Not in Rowley's diary though.

Innocent Rowley tells his side of the story, without realising just what a bully his so called best friend is. His parents could see through Greg's demeanour, but even they cannot protect their child from the nastiness portioned on him on a daily basis.
He makes a lot of excuses for his friend's bullying, and thinks it's fine if friends get on each other's nerves sometimes, just because an adult told him so.
There were stories - like when the boys were rehearsing maths for the next day's test, or when Rowley had a sleepover at Greg's and wanted to use the loo, and Greg didn't let him - when I was rooting for Rowley and hoping he would just leave or even punch Greg (who totally deserved it). But No, the victim didn't even understand that he should stand up for himself.
There is such a power imbalance.

Greg definitely has a Narcissistic Personality Disorder, with an inflated sense of his own importance and a lack of empathy for the others.

A few times, as I was reading the book aloud to my son, I had to stop and say "That is so sad".
Sweet boy that he is, Rowley allows Greg to manipulate him into doing things he doesn't want to.
In the whole book there is only one episode when Greg showed himself to be worthy of being called a friend.

While all of this was obvious in the series before, it was manifest to a lesser degree. Greg did make Rowley carry his bags to school for him and do his homework, but they were also chums, having fun together, but all the fun in this book is quite one-sided.

There were funny parts in Rowley's diary too. We particularly loved the pages from Zoo Wee Mama, the old comic that the boys were creating together in the past.

In a way, perhaps this book should be read together by a parent and a child, with a discussion afterwards how to recognise the bullying behaviour and how to defend oneself against it.
You've most likely read the phrase "Bullies are only as powerful as we allow them to be".

I wonder if this book signals the slow death of the series. 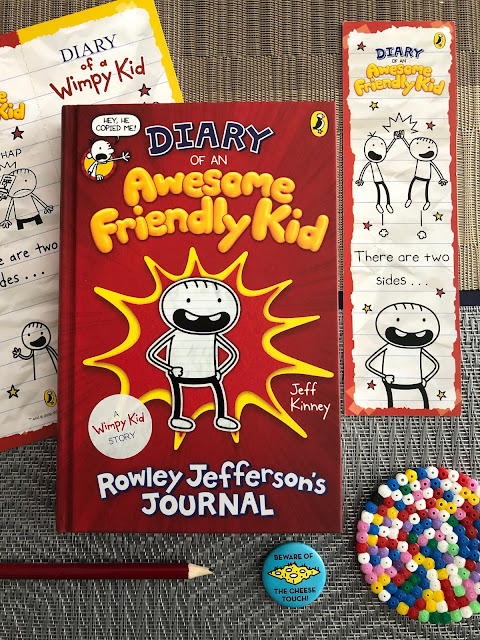 Have you bought this book for your kid(s)? What did you think of it? 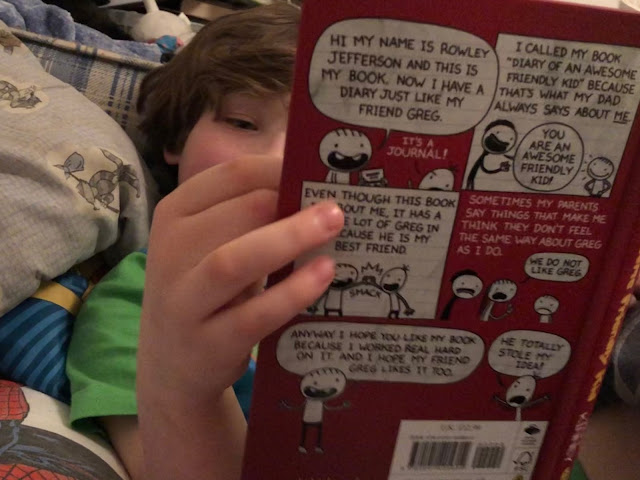 P.S. We bought this book at half price at Waterstones. Amazon offers it at half price at the moment as well. It's worth keeping an eye on the Sainsbury's book offers too.
Posted by Galina Varese at 15:27:00