Thank goodness it's finally February. January seemed never-ending. The spring flowers are already starting to appear in the garden.
Last week was a mix of warm and cold here. We've been shivering on what appears to be the coldest day for the last seven years, and we've got snow as well.

Every Sunday evening Eddie has a guitar practice before his lesson on Monday. This time he was learning Seven Nations Army chords. We even watched a video on Youtube on how to play it. 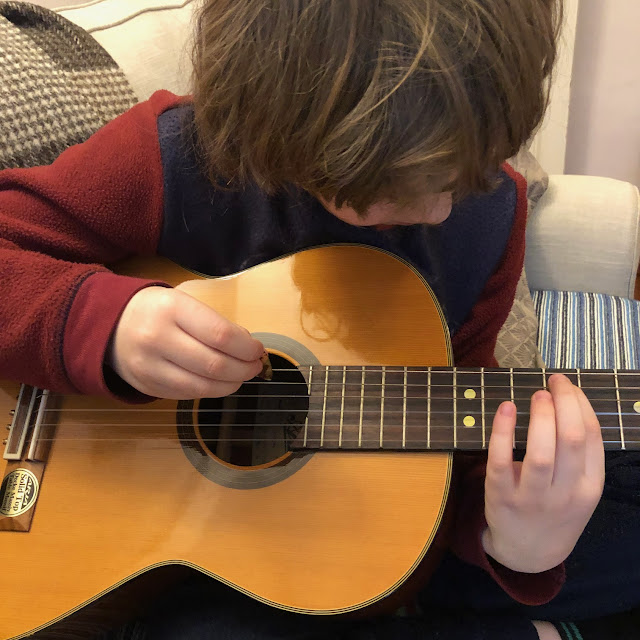 Monday was another abysmal day for me, as I had to go back to the "demon dentist". Friends saw me moaning on Facebook about how awful I felt afterwards. As the tooth is very much at the back, the access is quite tricky, and the dentist put some sort of contraption in my mouth. If you've seen the Willy Wonka film with Johnny Depp, it was similar to that, a terrible frame to keep a mouth open wide. Plus there was a plastic sheet on top.
I couldn't breathe properly, was panicking, and it made me gag. On top of that torture, the local anesthesia has frozen half of my face, including the muscles of one eye, which has totally freaked me out.
There is still one more visit to complete the job. I don't know how I will find any courage.
I have a phobia of dentists as it is, but after this treatment I am even more terrified of them.
Didn't take any photos on Monday, as I was feeling crappy.

On Tuesday I cooked a ready-made French meal - Cod loin with black rice. It wasn't too bad, but nothing "to write home about" either. Won't be buying it again. 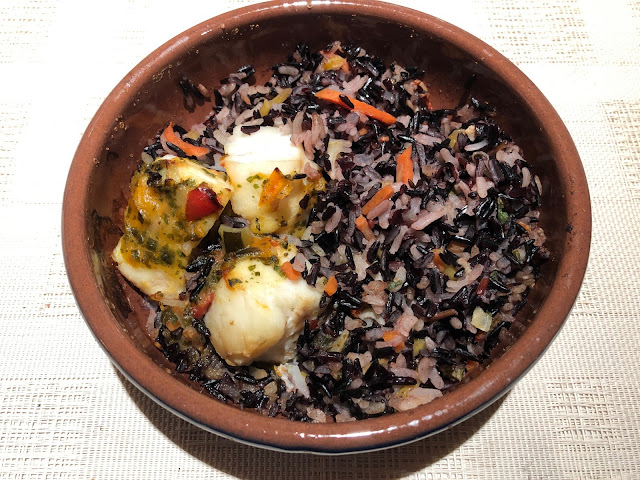 The crocuses in the garden are beginning to shoot spears out of the ground. I picked a little bunch of crocuses and snowdrops, and the scent was so wonderfully delicate when they started to open up indoors. 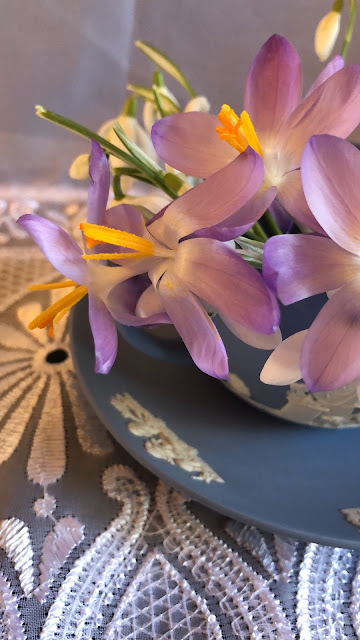 Eddie enjoys reading the Beast Quest series. I've spotted this bunch of BQ book in the Oxfam shop and took a photo for Eddie to decide if he wants me to buy any of them. I did buy only one book.
When we visited the shop today, all the books were gone. 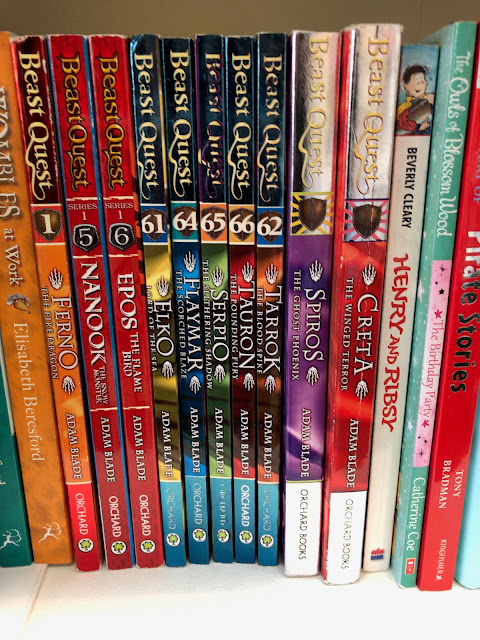 Friday, yay! Finally we have got snow. Eddie's been wishing for snow for a few weeks. Ever so hopeful that he'd be able to have a snowball fight.

I woke up on Friday morning, checked up the school websites, both were closed. I went back to bed, telling Eddie to keep sleeping, as there was no school. And of course, he couldn't go back to sleep after that, too excited about the snow.
Before we even ventured in the garden, I could see a lot of trails in the snow. That must have been a cat, who wandered everywhere in the garden, then left over the wall. 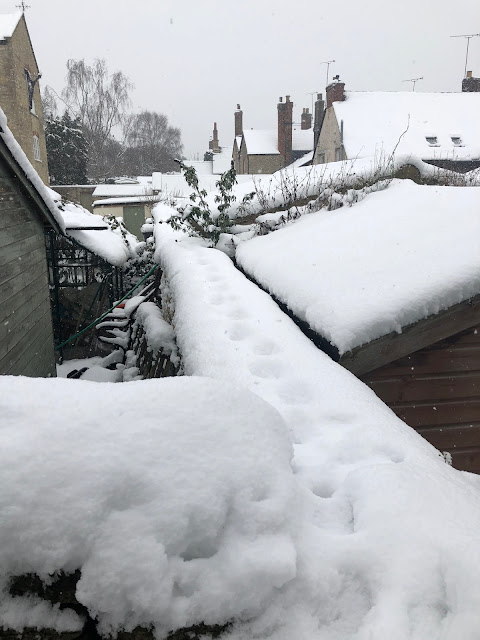 And another photo from yesterday. We found these two foodie snowmen by Cafe Rouge.
When we walked there today, they were gone. It's not because they've melted, no, it's some nasty b^*&%^$s who demolished them. 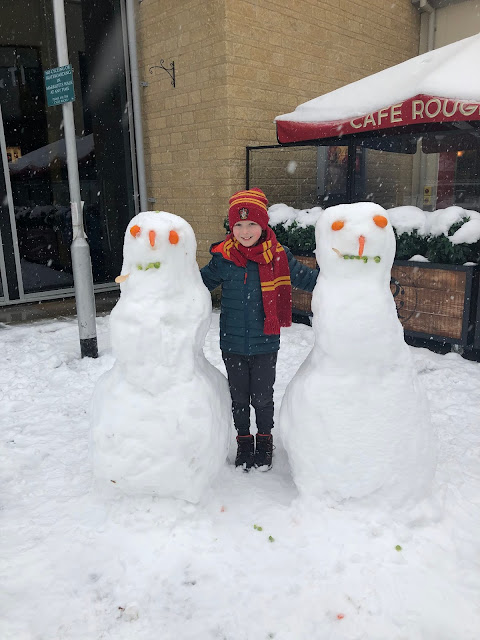 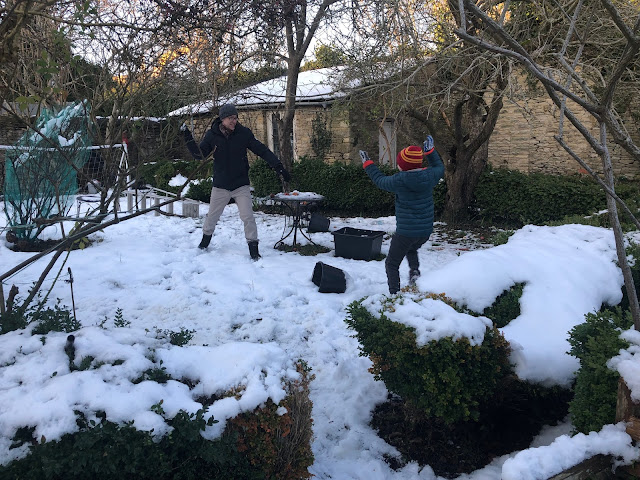